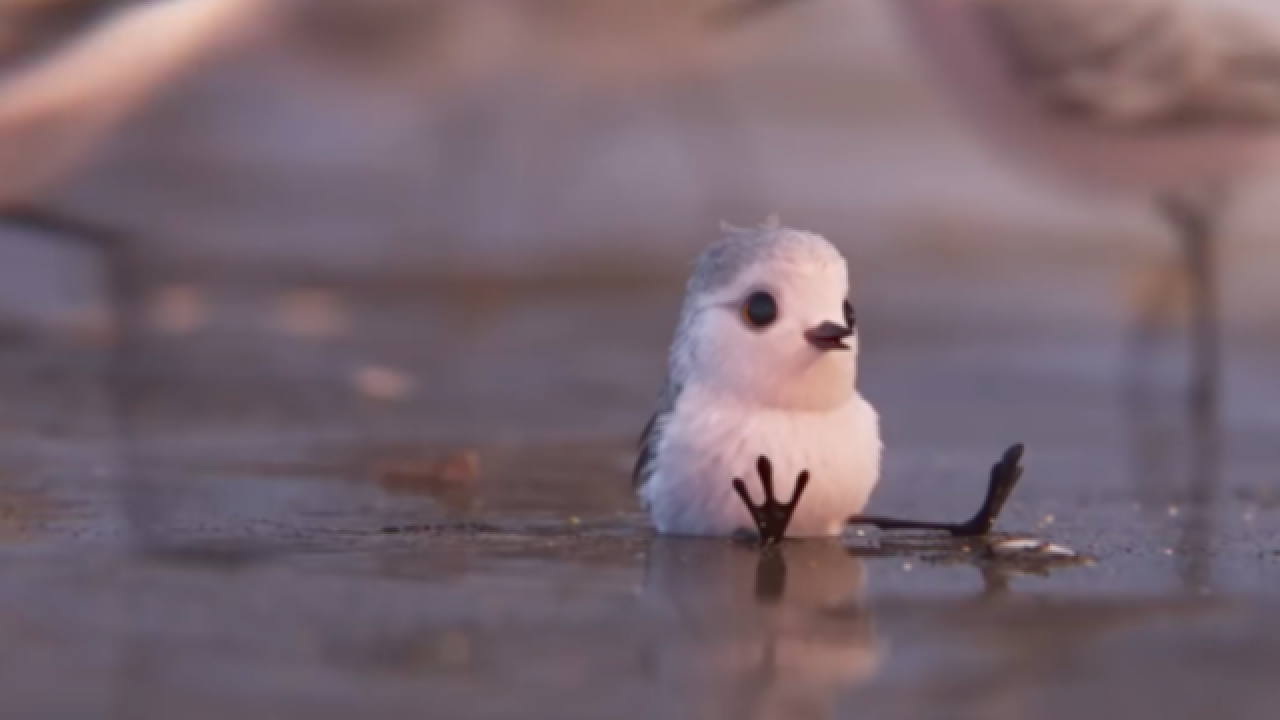 If you saw “Finding Dory” in the theater, you may have already seen the adorable Pixar short “Piper” that was shown before the feature film about everyone’s favorite Disney fish.

If you missed it, you can now watch the six-minute short online. It tells the story of a little sandpiper venturing off from the nest to the shore in search of food. The only problem is her fear of water.

Take a look at the short film here.

The sandpiper goes to the shore and her mother pushes her to find food. She gets distracted by the bubbles in the sand and gets swept up in the waves. On day two the little sandpiper is hesitant to leave the nest again.

At the end, with help from a crab, the sandpiper learns to love the waves. Whenever one comes her way she snuggles into the sand and waits for the tide to subside.

“This is a story about overcoming your fears, as well as the parent aspect of wanting your kids to stay confident,” Pixar animator Alan Barillaro told The Hollywood Reporter.

Barillaro came up with the concept after watching sandpipers at the beach. The story was part of a technical test, exploring software that makes computer animation look more like live action production.

With no words, “Piper” relies heavily on sound, music composition and breathtaking visuals, and easily joins the list of incredible Pixar shorts we love.

“Piper” serves as an adorable little reminder that we all have fears—some big, some small. But when you open your eyes and really look your fear in the face, sometimes there’s not much to fear at all.

Related stories
Copyright 2016 Scripps Media, Inc. All rights reserved. This material may not be published, broadcast, rewritten, or redistributed.