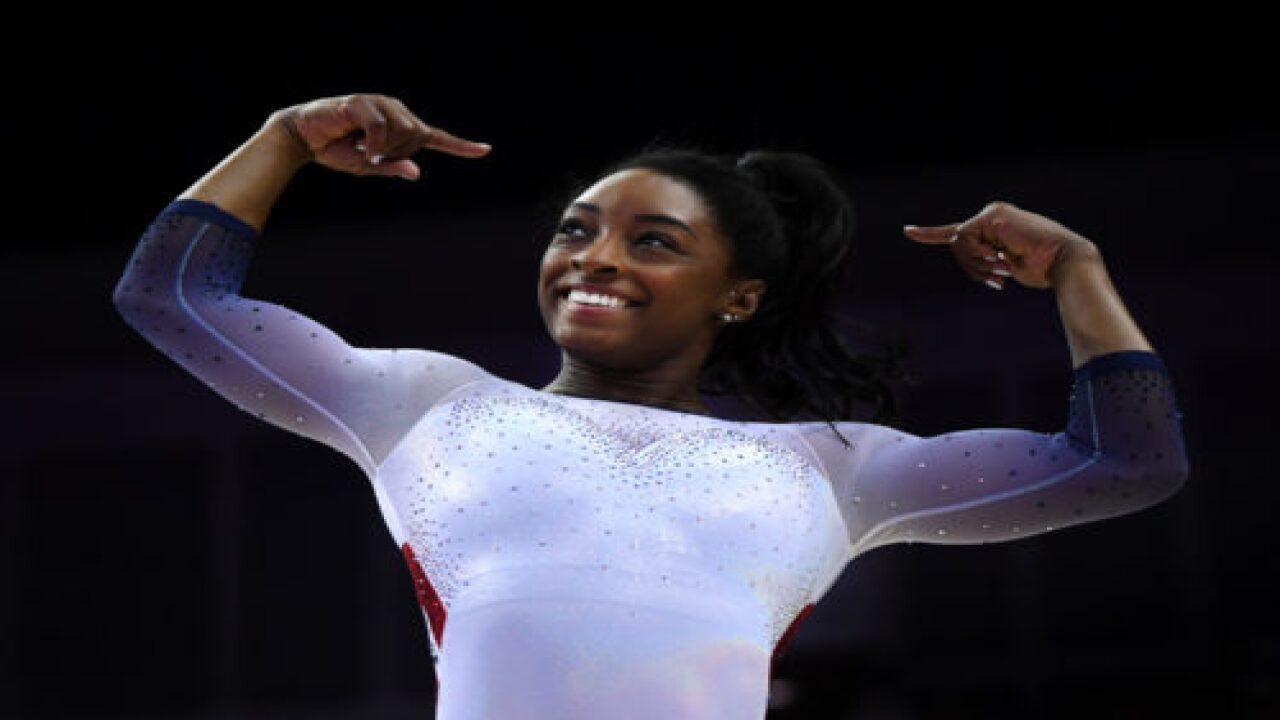 Simone Biles has gone beyond being a world-champion gymnast. Now, she’s making history and creating her own signature moves. Her latest historic moves came as she competed in the 2019 gymnastics world championships in Stuttgart, Germany — and she’s looking super strong.

“My main goal going into tonight was not to be great but to just do well,” she told NBC. “It’s always nerve-wracking because qualifications qualify you into everything. Waking up, it’s just like, oh gosh, what’s going to happen tonight?”

The 22-year-old, who has four Olympic gold medals and 14 world titles, may sound a bit modest, especially considering she landed two historic moves during the qualifying rounds that will likely be officially named after her by Federation of International Gymnastics (FIG.)

The first move came at the end of her amazing floor routine. It is known as the triple-double element, which is made up of a double backflip with three twists. Hard to picture? Here’s a video from Team USA’s Instagram to help you wrap your brain around all those terrific aerial twists:

If approved by the FIG, this move will be officially known as the Biles II element. Why the “II” after her name? Biles already had a floor exercise move named after her, so this will be her second.

Then, as if making history on the floor exercise wasn’t enough, Biles executed her signature double-double dismount from the balance beam. For this move, the gymnast does a backflip off the beam and throws in two twists just to make it interesting. You have to watch closely when Biles does it, because she makes it look so easy:

There you have it, folks! ð @Simone_Biles successfully landed her signature double-double dismount on beam today and the element will be named the "Biles" from now on. #Stuttgart2019 pic.twitter.com/BO38BaCQ8g

Once again, this signature move will be forever known as the Biles dismount because she developed and perfected it.

Congratulations to Biles and good luck to her and the rest of Team USA as they compete in the world gymnastics finals!