Loss in bee colonies calls for help from artificial intelligence 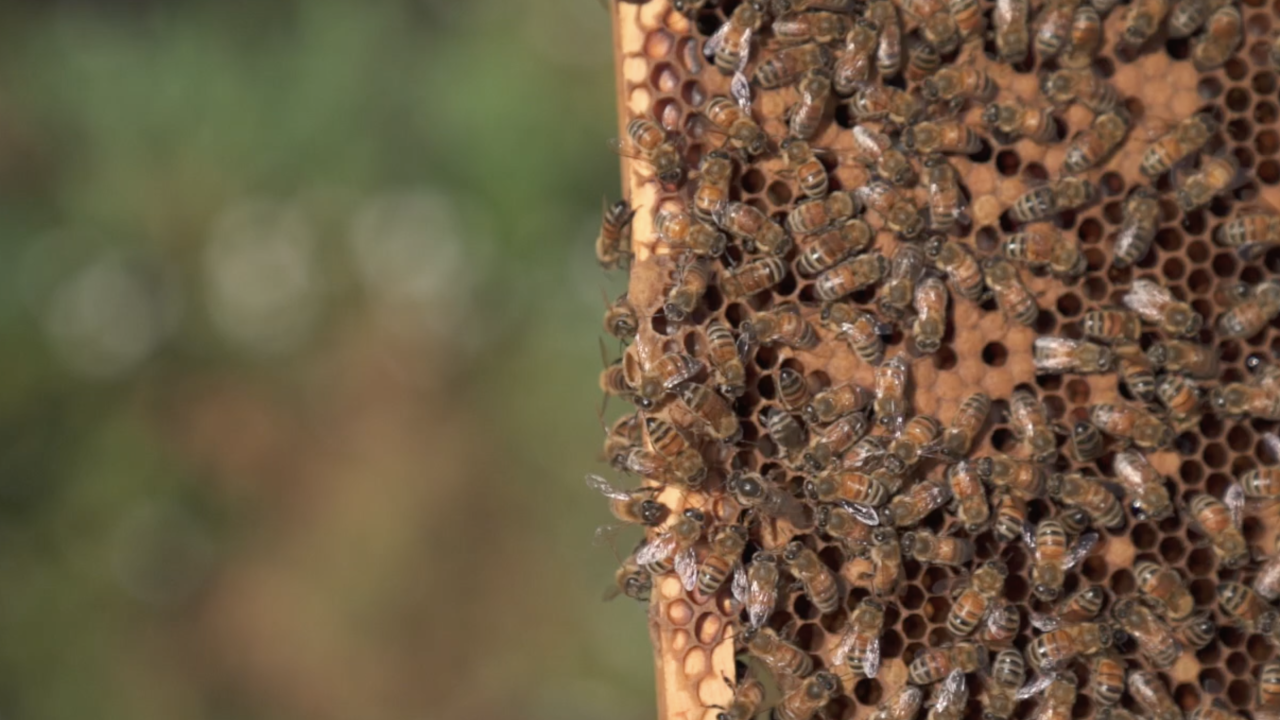 Professional beekeeper Beth Conrey's love for bees has inspired her to care for hundreds of thousands of buzzing pollinators.

But her job is slowly becoming more challenging as more of the flying insects are continuing to die each year.

According to Bee Informed Partnership , an estimated 37.7% of managed honey bee colonies were lost in the United States from October of 2018 to April of this year. That's the highest level of reported winter losses since the partnership started the survey in 2006.

"What you have is an insect that is under assault, really," Conrey said.

Conrey says the reasoning behind the die off can be broken down into 5 Ps: poor forage, pesticides, pests, pathogens and politics.

One reason is bees simply don't have enough food.

"We need more flowers, but it's not enough to just plant flowers. You have to not spray them," Conrey said.

Conrey says pesticides help to kill harmful insects, but bees are affected too.

Then there's something called a varroa mite, which punctures a gaping hole into the bee, opening it up to pathogens like viruses, bacteria and fungus.

"The science is solidly there that these are the issues, but we don't seem to be able to have the political will to get solutions put into place to get something done," Conrey said.

Conrey says bees aren't going extinct anytime soon, but the loss of bees is concerning, because they're responsible for pollinating plants across the country.

The American Beekeeping Federation says some crops like blueberries and cherries are 90% dependent on honey bee pollination. Almonds depend entirely on honey bees.

"Only one produces honey, that's the honey bee. But there's all sorts of other bees out there. and they're all providing these environmental services for free," Conrey said.

What's not free, is fixing the problem. Which is why engineering and tech companies are working on potential solutions.

A company called Pollenity has created what's called a "beebot," which monitors the conditions inside a beehive.

"It measures temperature, humidity and the sound frequencies," Stephanie Bosseva with Pollenity said.

For $189 dollars, the beebot connects to Wi-Fi, and can tell the beekeeper when something could be wrong. One customer in Australia says the system started giving him alarming notifications in the middle of winter, when you normally wouldn't even open your beehive. The alarm caused him to check it out.

"It turned out that his bees were infected with American Foulbrood which is a very infectious disease," Bosseva said.

The disease forced him to destroy the hive and its bees, but if he hadn't been alerted about the problem, it's possible the disease could have further spread.

"If we can develop sensors that let a beekeeper know when a new pathogen has moved into their colony and they can then treat that colony straight away, I think that kind of technology would be very beneficial for commercial beekeepers for sure," University of California Riverside Quinn McFrederick entomologist, said.

McFrederick looked into several next-generation technologies to help curb the bee dilemma. He believes the beebot could be useful as long as beekeepers have access to Wi-Fi. He's also aware some engineers are trying thinking outside the box by building drones to do the pollinating for bees. He's just concerned it would be too expensive.

"I have no doubt that human ingenuity could create artificial drones. You're gonna have to have the money to be able to access those drones, and small farmers I think would probably lose out under that sort of technology," McFrederick said.

And he says he'd simply prefer to live in a world driven by nature, instead of a world that replaces nature with artificial intelligence. It's a desire both he and Conrey have in common.

The environment so contributes to our quality and our mental health. Why would we not want to take care of that?" Conrey said.

Trending Topics provided some video for this story.