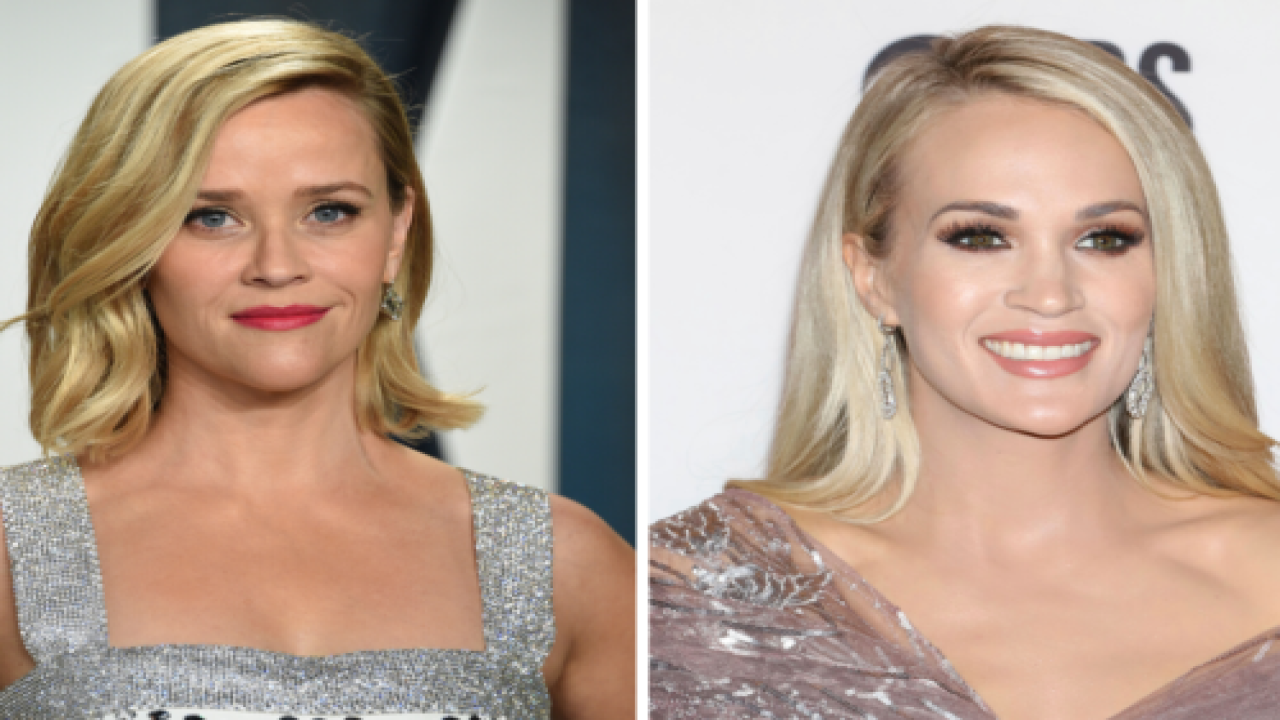 Stars like Reese Witherspoon are instantly recognizable — or are they? On Sunday, the “Little Fires Everywhere” star, 44, tweeted about a case of mistaken identity when a fan approached her. “To the woman in the parking lot who just asked me if I was Carrie Underwood: You officially made my day!” Witherspoon wrote.

She didn’t tag Underwood in the post, but the following day the “American Idol” winner responded. “YOUR day?!?!?!?! That lady just made my whole life!” the country singer, 37, wrote.

The fan who mistook one A-lister for another was Noha Hamid, and she spilled the beans on the encounter in a TikTok video. She even changed her Twitter profile to describe herself as “the girl in the parking lot that called @reesew, Carrie.”

OMGGGG! That was ME. Haha, I swear when I walked away I was like wait, that was totally Reese Witherspoon! I could barley see your face cause the mask and hat but I knew you looked so familiar haha. I LOVE YOU â¤ï¸ @ReeseW pic.twitter.com/Kvy9RcDtMv

“Okay, so the craziest thing just happened. I’m with my husband in Nashville, Tennessee, eating at a barbecue place. I swear, I see this lady with her husband and kid, and I’m like, ‘That looks just like a celebrity,’ and I’m trying to think of who. And I’m like, ‘Oh, Carrie Underwood?'” Hamid said.

She explains that the celeb was wearing a cowboy hat and a mask, so she couldn’t see her face very well. But after Hamid thought she recognized someone famous, she did a search to discover that Underwood lives in the area.

“So I wait until she goes back to her car so I can ask her if it’s her — not in front of everyone so I don’t blow her cover,” she says in the video. “Then she’s like, ‘Hey oh no, I’m not Carrie Underwood but have a great day!'” she recalled.

After thinking about it, Hamid realized she had just had a run-in with Reese Witherspoon, who also has a home in Nashville.

“Now I feel crazy and want to go back and say I’m so sorry, I love you from ‘Legally Blonde‘ but I don’t know what I was thinking,” said Hamid.

It seems like both Witherspoon and Underwood were equally happy about the mix-up. Hamid clearly has nothing to be ashamed of, since she launched such a cute Twitter exchange between stars!