Morning Kick goes back to its roots during COVID-19 pandemic 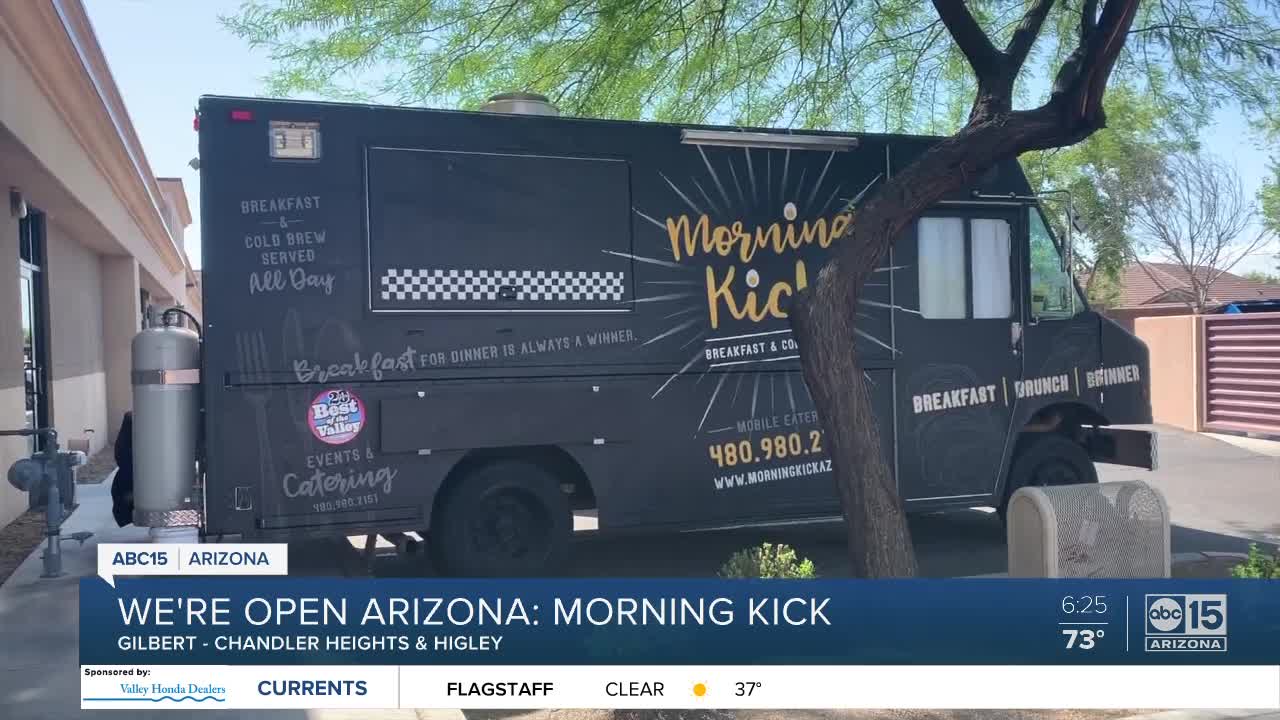 Morning Kick is relying on its food truck during the pandemic.

GILBERT, AZ — When the owners of Morning Kick, a breakfast food truck in the East Valley, opened their first physical location earlier this year, they were ecstatic.

"It was like the most exciting thing ever to open and see people in here. I remember crying every day because people were eating with us," said Mindy Freed, who owns the business with her husband. They launched the food truck about three years ago.

After months of painting and designing their restaurant, they finally opened their doors near Chandler Heights and Higley roads in Gilbert in January, not long before efforts to quell the spread of COVID-19 began.

Those efforts have taken a toll on their business, especially one that has been open for only a few months.

"I was scared," said Mindy, who added that she considered closing the restaurant, at least temporarily.

"We had been working so hard to try and get everybody to come in and find us at the restaurant and now we can't seat anybody," she said. To keep their business afloat, they've had to make changes. They've reduced their staff, reduced their menu to one item -- breakfast burritos -- and actually began serving out of their food truck instead of the restaurant's kitchen

"The food truck's saving us right now," she said. It costs less money to operate out of the food truck, uses less people, and from a health standpoint, less hands needed to make the breakfast burritos, she said.

Though, she is looking forward to the day she can reopen the dining room and greet guests once again.

"Morning kick is here and we'll open up again," she said.

Currently, they are serving breakfast burritos Friday - Sundays. Orders can be placed online, https://morningkickaz.com, or over the phone, 480-597-3545. Pick-ups are being staggered in five-minute increments to encourage social distancing. 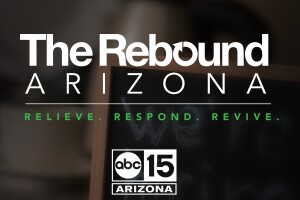