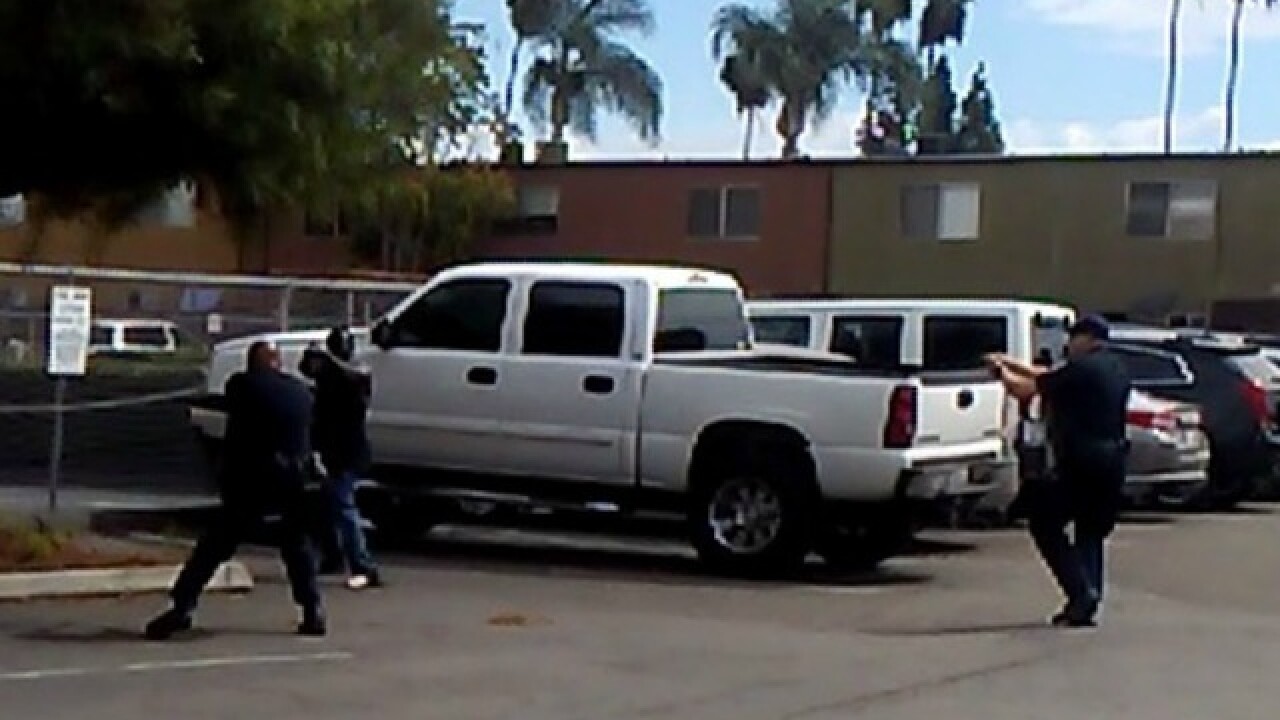 The videos, one recorded by a witness using a cell phone and the other from surveillance cameras, were released during a news conference at the El Cajon Police Department headquarters at 100 Civic Center Way.

"We're aware of the impact on the community of El Cajon as a result of the escalation of aggression from some demonstrators that has led to criminal activity," Davis said.

Nearby schools let students out at around noon Friday, and a local business association advised its members to close for safety reasons in anticipation of unrest. The association told businesses to remain closed through 2 p.m. Sunday.

Calls for the release of the video followed after a single still image was made public hours after the shooting on Tuesday. The two clips are the only videos police have obtained capturing the incident. El Cajon police officers do not wear body cameras.

Since the shooting, the video has been in the possession of the San Diego County District Attorney’s Office, which makes the final decision regarding when it will be released.

Alfred Olango, 38, was mortally wounded by an officer while outside a strip mall restaurant near the intersection of Interstate 8 and state Route 67.

One witness told reporters Olango had his hands raised when shots rang out, and another indicated he may have suffered a seizure. However, police said Olango was uncooperative, had repeatedly refused to remove his hand from his pocket, assumed "what appeared to be a shooting stance," and pointed an object that turned out to be an electronic smoking device at one of the officers.

In a 10News poll done prior to the release of the video, 45 percent of those surveyed thought the shooting was justified, 34 percent believed it was unjustified and 20 percent were unsure.

On Wednesday, El Cajon Mayor Bill Wells acknowledged to 10News that not releasing the entire video immediately had fueled protesters' suspicions about what led up to the use of lethal force, but said the image tells the story.

"I've seen the video," Wells said. "I think that once the video is released people are going to be very understanding of what's happening. I don't think there's going to be a lot of shock or new revelation."