VIDEO: High school basketball players to be disciplined after fight breaks out on the court 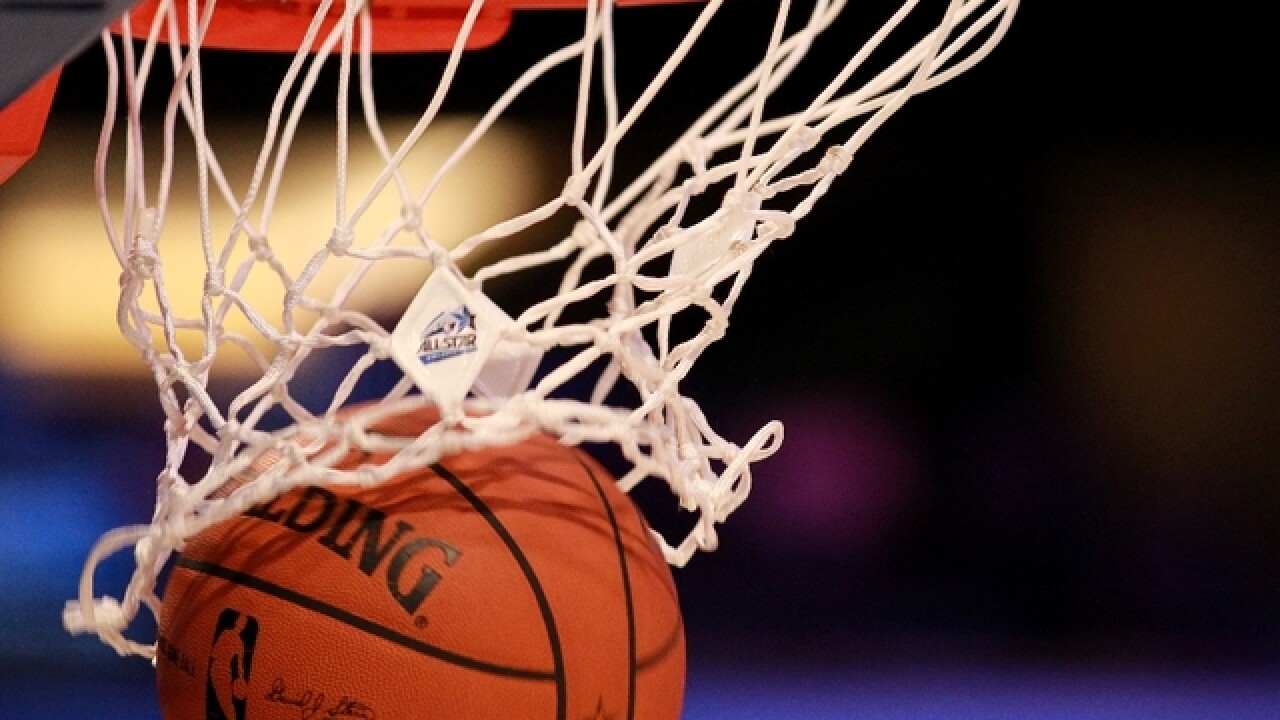 A Valley high school basketball game, with playoff implications, was cut short after a fight broke out on the court. And now, the winner of that game has forfeited their playoff spot.

Players from Saguaro High School in Scottsdale and Higley High School in Gilbert faced off Friday night in a play-in game, with the winner advancing to the 4a state tournament.

The skirmish broke out with 6:48 remaining in the game, and Higley leading 62-37.

According to Brian Gessner, the State Commissioner of Officials for the Arizona Interscholastic Association, two players initially got into it after a referee called a foul.

According to Gessner, the altercation saw players on both teams throw punches. Part of the incident caught on video by AZ Finest Mixtape shows a Higley player on the ground.

Referees declared the game over and Higley, the winner following the fight.

Because of the fight, school officials announced Monday that Higley would forfeit their playoff game that they had qualified for.

"16.3.2 Leaving Bench Area - When two or more persons (including coaches, nonplaying contestants and nonparticipating school personnel) leave their team's bench area to initiate a confrontation, or during an altercation in progress, the following shall occur without appeal:
16.3.2.2 The contest officials may terminate the contest. 16.3.2.2.1 If the contest is terminated, the team(s) that left the bench area must forfeit the contest and record a loss. This information was shared with players and coaches Monday afternoon. We will be supporting and enforcing that bylaw as such and will not be playing Wednesday against Moon Valley."

It's unclear if the AIA will award another school with the playoff appearance, or if they'll just be one team short.

Saguaro player Kevin Coldwell, a team captain, told ABC15 he and other players had tried to diffuse the situation.

"Once it popped off, once it was a push and then a retaliation, it was like a drop of the hat, everybody was involved," Coldwell said.

Coldwell admits this was not a good showing of sportsmanship on either side.

"Sportsmanship kind of gets thrown out the window when players on both teams lose their temper," he said.

Coldwell says there is a lesson to be learned from the fight.

"Whether you're down big or up big, you've got to keep a level head," said Coldwell.

Coldwell hopes the incident doesn't tarnish the reputation of either school.

"They're both great schools, they both have great students and great teachers," said Coldwell.

"I have reviewed the recordings of the incident Friday night between the Saguaro and Higley basketball teams, and I am profoundly disappointed. The entire incident is regrettable, and the behavior of our own players is unacceptable. While we have focused our efforts this year on fostering a culture of Sportsmanship, Respect and Character, it is clear we have more work to do. We have submitted an apology to the AIA and the Higley School District, and will be developing an action plan for further improvement."

It's unclear if players from  Saguaro, or Higley, will face any more discipline, but the AIA will continue to investigate.