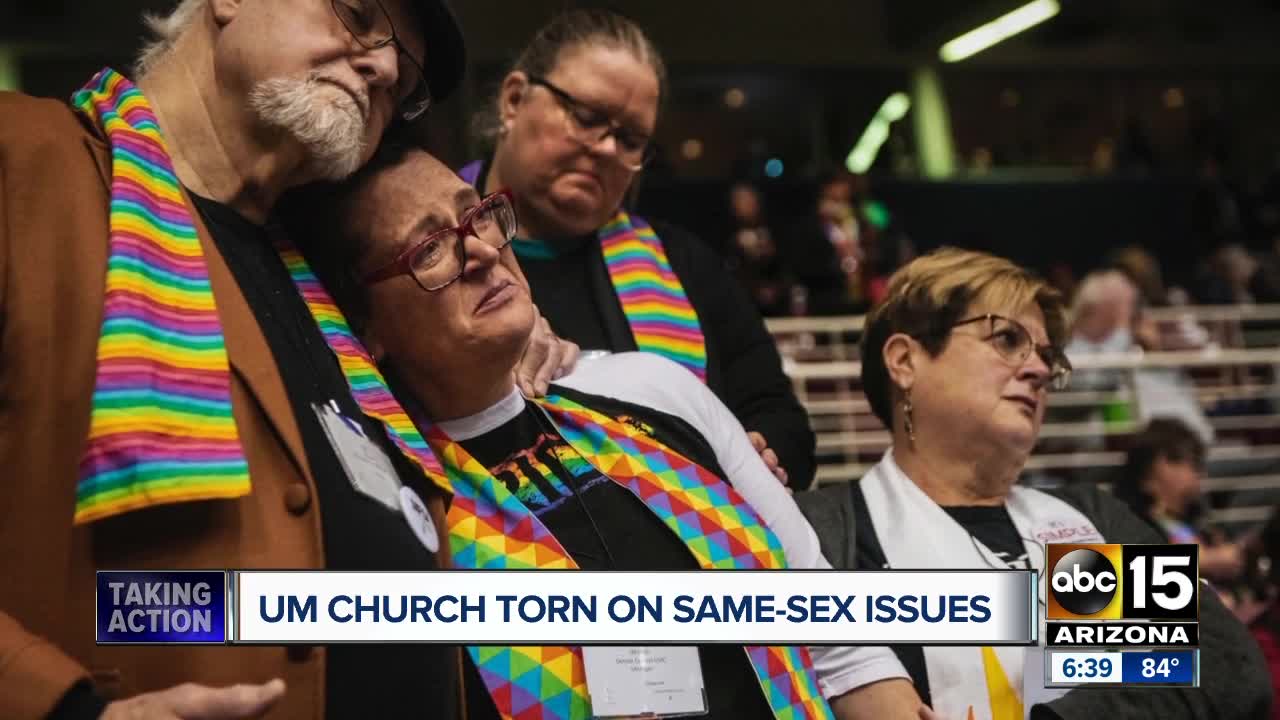 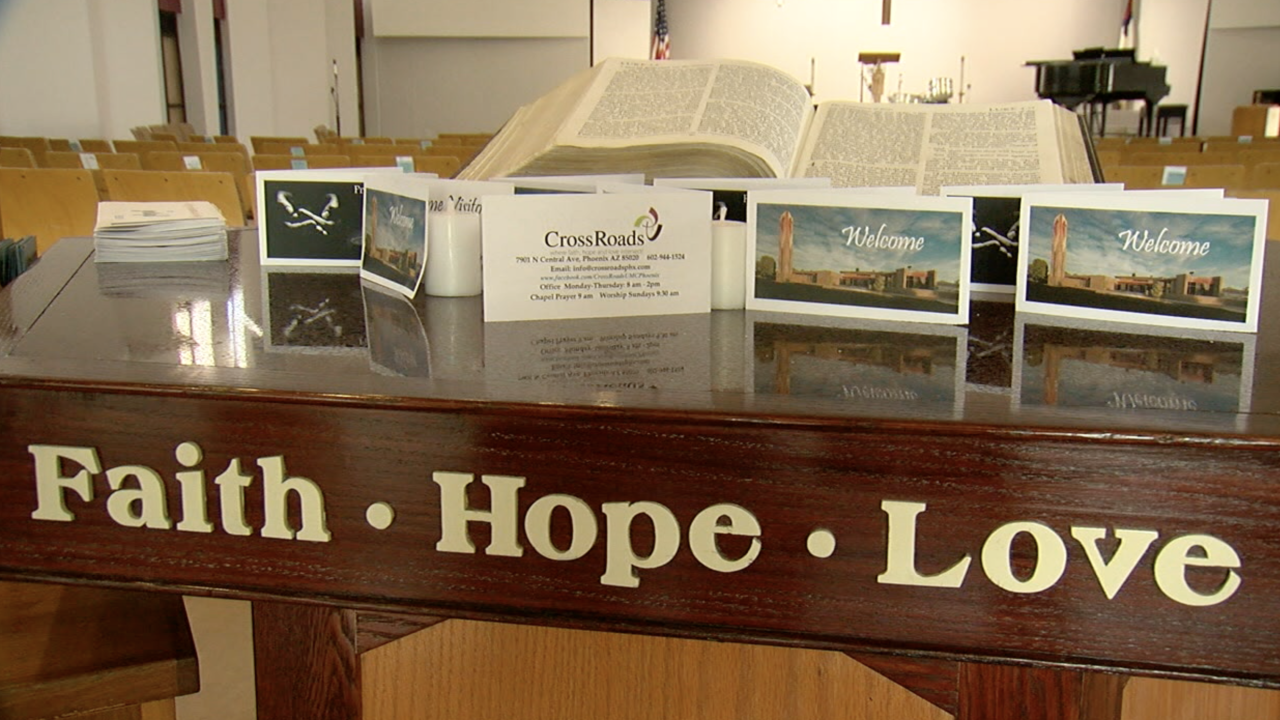 PHOENIX — Could the issue of gay marriage fracture one of the world's largest churches?

It is the question facing the United Methodist Church, which has become increasingly divided after more than half the delegates at their international general conference voted last month to uphold and tighten a ban on same-sex marriage and ordaining gay clergy.

Both of those practices have been happening for years in Arizona and across the Desert Southwest Conference of the denomination.

"We are not united on this topic," said Rev. Kimberly Scott of CrossRoads United Methodist in Phoenix.

Pastor Scott has been leading the congregation and has been in a same-sex marriage the entire time.

When she saw the international church vote to uphold the ban on same-sex marriage and gay clergy, she says it felt like a punch in the gut.

"I was deeply saddened," said Scott. "We can't stay united and deem a certain type of people as cast out."

Others were happy to see the church take a stand on the controversial topic.

"I think that the greater church made the right decision," said Rev. Louis Hedden, who leads the congregation at First United Methodist Church in Sun City.

Even Rev. Hedden admits the issue is divisive across all levels of the faith.

"I think the church is in turmoil," she said. "My church is divided, just like the greater church."

Both sides blame the other in part for fracturing America's second-largest Protestant denomination. There is no end in sight for the debate, because on the fundamental question, 'What would Jesus do?' you still get two answers.

"Jesus loved everyone. I care and love everyone, but Jesus did not agree with everyone," said Hedden.

"He didn't say love the sinner and hate the sin. That wasn't him. He was with those that we deemed to be sinful," said Scott.

In a few weeks the topic will be at the forefront again, as the United Methodist Judicial Council meets outside of Chicago to determine whether the plan passed at the February UMC General Conference is constitutional.