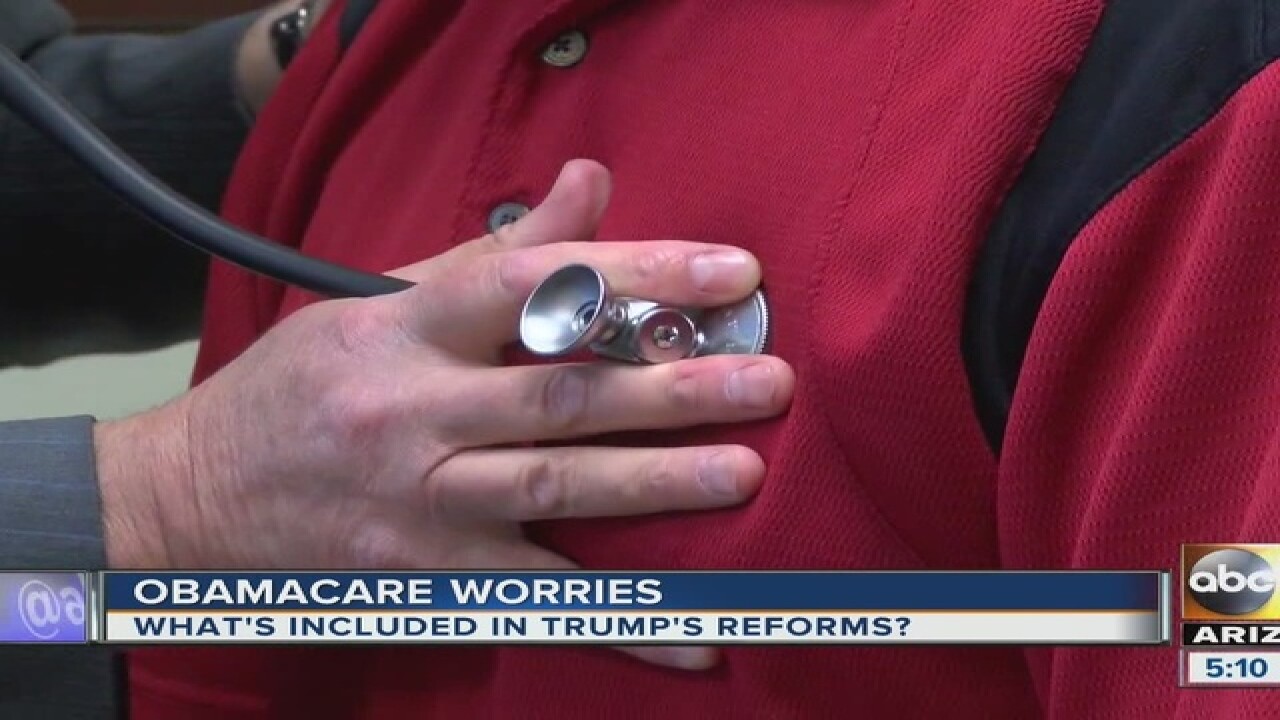 Arizonans are uneasy about the future of their health insurance plans, after President-elect Donald Trump made it clear he will move to repeal the Affordable Care Act.

It's currently open enrollment time for insurance plans offered on the healthcare.gov exchange, and many people question whether they should bother signing up.

"A call may come in and say, 'Should I cancel my appointment to see an assister because it's not going to make any difference?'" said Allen Gjersvig, Director of Navigator & Enrollment Services for the Arizona Alliance for Community Health Centers. "We say, 'No, nothing is changed. It's business as usual.'"

Many more rely on ACA, which governs their AHCCS (Medicaid) plans and KidsCare plans. Trump has made the repeal of ACA a prime element of his campaign.

"We are getting rid of Obamacare, and we are going to have an alternative that's cheaper, cheaper and better," Trump said at a Phoenix rally in October.

He explains most people who do enroll receive significant government financial assistance for their premiums. The health insurance plans are annual contracts, and they generally take effect January 1.

Gjersvig says Trump can't change those contracts because he won't be sworn in until January 20.

Some consumers remain frustrated about the skyrocketing costs of Obamacare and the uncertainty of when reforms will be made and what they will look like.

"How long before whatever is next comes into play, and will I be able to continue to get coverage until that point?" Anderson asks.

Congress would have to approve any repeal and replacement the Affordable Care Act.