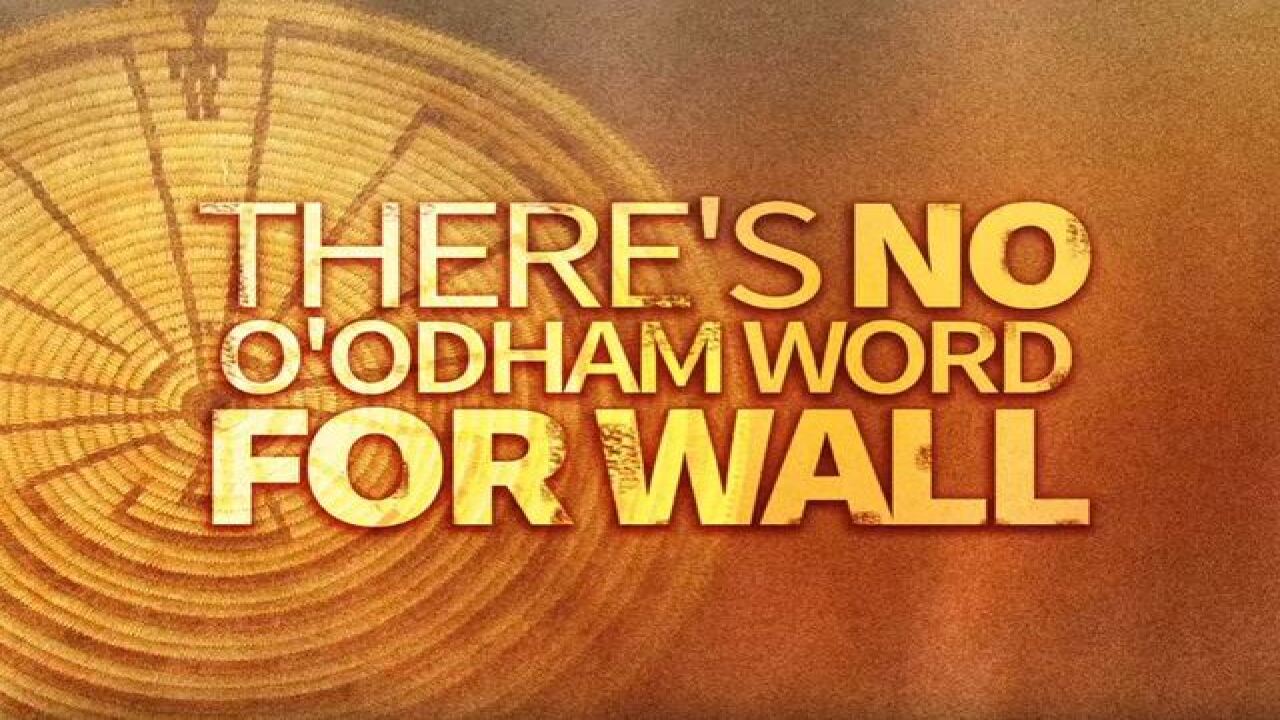 In a video released by the Tohono O'odham Nation, the tribe formally opposed President Donald Trump's executive order to build a border wall.

Titled "There's No O'odham Word for 'Wall,'"  the video details the tribe's commitment to working with federal, state and local agencies on border security.

Tribal reservation land includes 75 miles of the U.S.-Mexico border. Members of the tribe live on both sides of the border. Cultural, traditional and logistical obstacles make the wall unfeasible, tribal reps say.

"This video provides insight on the many reasons why the Tohono O'odham Nation can not and will not support a fortified border wall," Tohono O'odham Nation Chairman Edward D. Manuel said. "The Nation remains committed to working together to protect the border using proven and successful techniques. We invite the President and his Administration to visit the Nation, see these challenges firsthand, and begin a productive dialogue for moving forward."

Here's the statement released on the tribe's site:

The Tohono O’odham have resided in what is now southern and
central Arizona and northern Mexico since time immemorial.
The Gadsden Purchase of 1853 divided the Tohono O’odham’s
traditional lands and separated their communities. Today, the
Nation’s reservation includes 62 miles of international border.
The Nation is a federally recognized tribe of 34,000 members,
including more than 2,000 residing in Mexico.
Long before there was a border, tribal members traveled back
and forth to visit family, participate in cultural and religious
events, and many other practices. For these reasons and many
others, the Nation has opposed fortified walls on the border for
many years.