The psychology and science behind political advertising 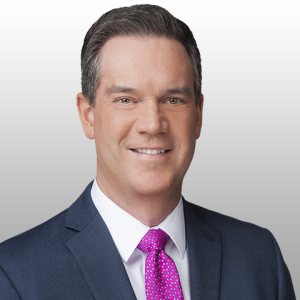 To you, at this point, it may be just white noise and mudslinging. But to the people behind the constant stream of political ads on our airwaves, what you're seeing is a carefully choreographed strategy. It is the art and science of persuasion.

"We want to see what messages can change minds," says Richard Sales, of Richard Sales Media. The Valley-based production house has grown by leaps and bounds since Sales started the company eight years ago.

Since that time, RSM has produced more than 3000 ads, which have aired in all 50 states, and even ads airing internationally.

Sales said the ads you see are the result of months of planning and research, often conducted before a campaign even begins. Sales called it a "messaging arc," designed to introduce voters to a candidate, emphasize their positives while exploiting an opponents negatives.

"In every election, you're going to have your base partisans who are just going to vote the party line, and it's unlikely you're going to sway them. But there are usually enough undecideds, apolitical people, soft moderates who are persuadable," Sales said.

Researchers conduct polls and focus groups to see how certain messaging affects voters. Sales then crafts an ad, honing in on that messaging.

"Where we come in with the creative production, is finding the right tone, and the right way to communicate a message," Sales said.

Political experts say political ads, as annoying as they may be to many of us, are a combination of art and science. Ads targeting women, for example, may be different than ads targeting men. Primary ads targeting the party base often have a stronger, more partisan message than ads targeting independent voters in a general election.

Every ad follows one rule, according to experts: an emotional appeal.

Barnes said political ads use many of the same tricks and techniques as Madison Avenue.  Unlike selling you a car, however, viewers expect validation of claims, which is why ads often cite media reports or use testimonials.

Richard Sales says despite what begins as a well thought out strategy, campaigns often react to the ebbs and flows of issues, often forcing producers to respond quickly, often producing a political ad -- start to finish -- in less than 24 hours.

"In the world of political campaign ads, you're often asked to have a fast turnaround, because you can't move the election date. There's a very finite amount of time."

So what about negative ads? Some research suggests negative advertising can actually turn people away from a candidate, or even affect voter turnout. Sales says negative ads are usually part of the plan.

"People like to say they don't like negative ads, but research has shown, they do work. The question is, what is the right tone?"

Experts say, we should all get used to them.

Arizona's US Senate race has already shattered records for spending -- more than 90 million dollars so far -- most of it spent on TV and digital advertising. Experts say ads allow campaigns to control their carefully crafted message, and they know it makes a difference on election day.