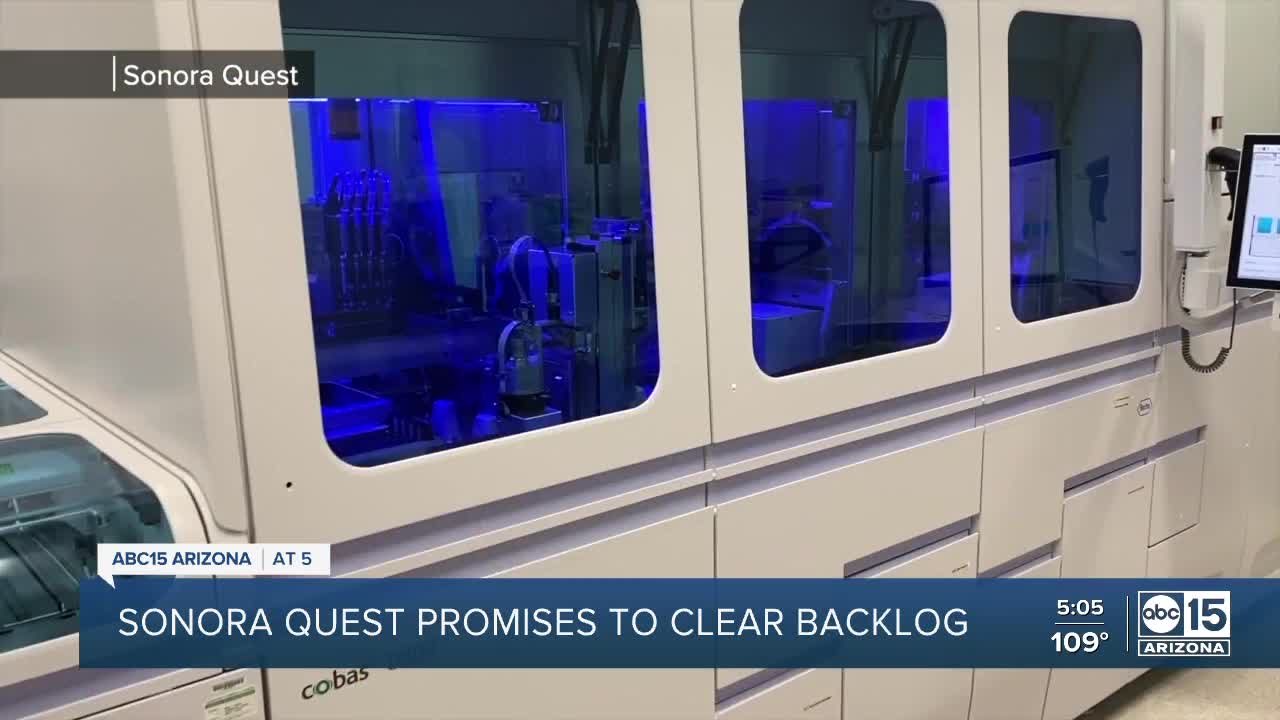 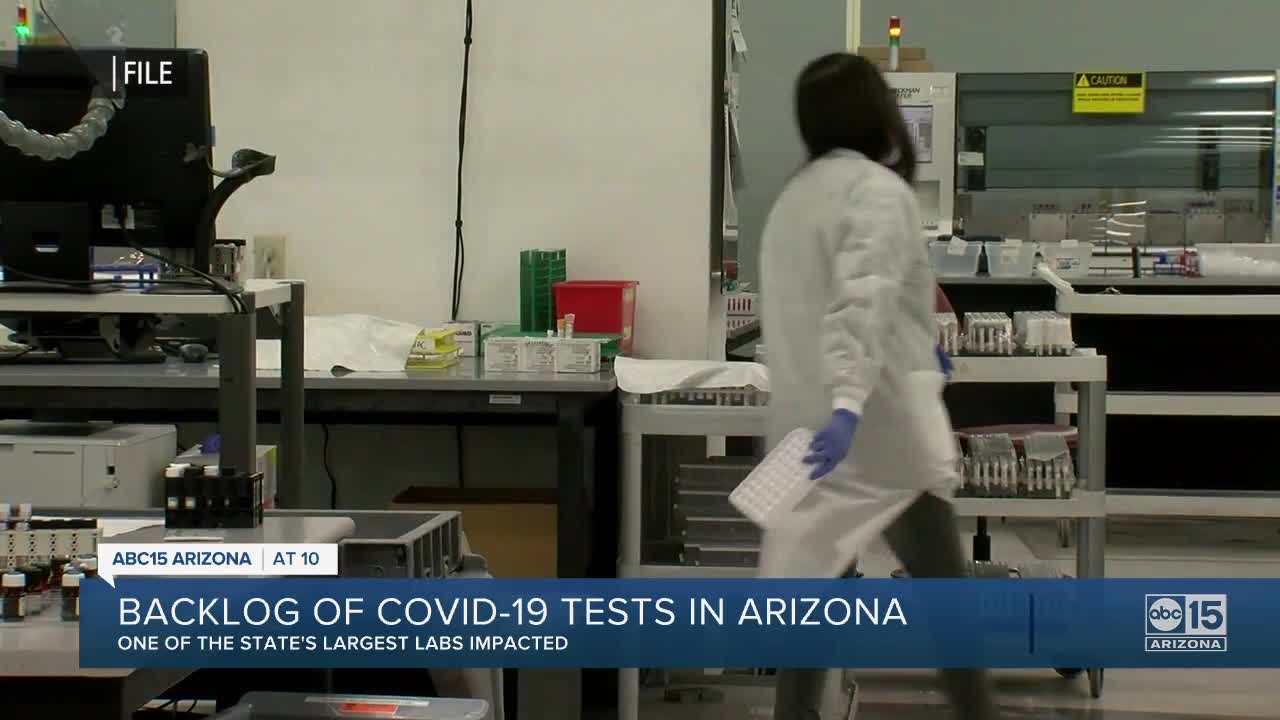 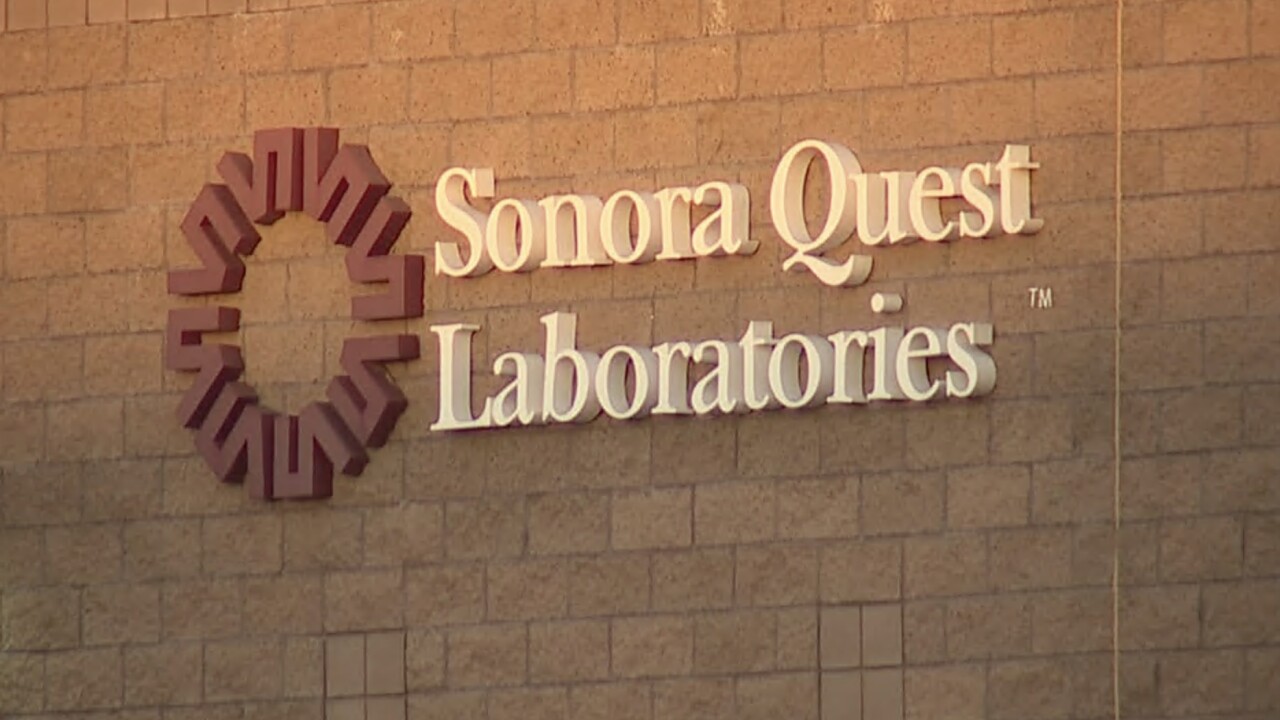 One of the state's largest labs has a backlog of tens of thousands of COVID-19 tests, and some people are waiting close to two weeks to get results back.

Wednesday, Sonora Quest reported it had 61,700 tests that hadn't been processed. The lab says most results come back between nine and 12 days, though there have been reports that it can take two weeks or longer.

Stephanie Parra has been waiting 11 days to get test results back from Sonora Quest. She got tested at one of Embry Women's Clinic testing sites.

I don't understand how we're expected to keep life moving forward if we can't get the systems in place to contain the spread of this virus," said Parra.

Parra is the Governing Board President of the Phoenix Union High School District. She said she, her brother and his partner got tested on June 27, and a week later they found out they were positive. Parra never showed any symptoms.

"At that point, it wasn't about me having symptoms it was about me wanting to protect my loved ones," she said.

She took another test July 4. That result came back negative a week later, but she wanted to be certain.

She's still waiting for those results but decided she would get tested Wednesday night again. Embry Women's Clinic has stopped using Sonora Quest and test sites are reporting a 2-5 business day turnaround time.

Parra said she's concerned about people who --unlike her--may give up waiting for results and will go out and possibly infect people. She also said there are people who can't afford to wait two weeks.

"If we ever want to get to a place where our economy can open, where schools can function properly, we have to have the testing infrastructure in place," said Parra. "Just the level of complications in what this delay in testing results does, I just don't know how we're going to control the spread."

On July 9, Governor Doug Ducey and Sonora Quest announced they were investing millions for new equipment that would drastically increase testing capacity and shorten the turnaround time.

They said the goal was to test 35,000 people a day and provide test results in as little as 24 hours by the end of July.

In a statement Tuesday, Sonora Quest said it was working as quickly as possible to get additional testing instrumentation online.