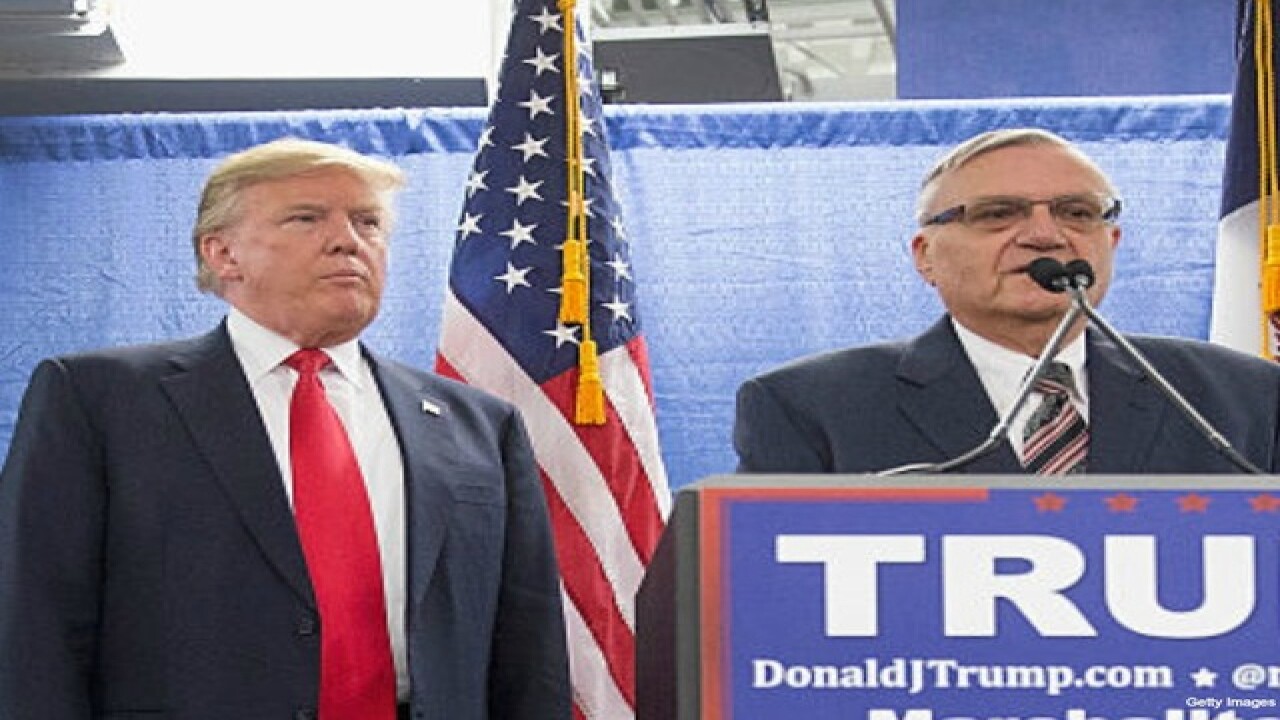 Donald Trump has arrived in the Valley for his latest campaign event, this time a "major" speech about his immigration policies.

Gov. Doug Ducey and Sheriff Joe Arpaio hit the stage ahead of Trump's remarks, who arrived at Sky Harbor Airport just before 5 p.m.

Trump's visit to the Valley follows a stop in Mexico City, where he met with President Pena Nieto. According to the Associated Press, Nieto says he told Trump that Mexico won't pay for the border wall, contradicting Trump, who says it was not discussed.

Nieto was savaged on social media and in political circles following his joint press conference Wednesday withTrump, with many seeing a national humiliation in his welcoming of a man who has derided migrants as rapists and criminals.