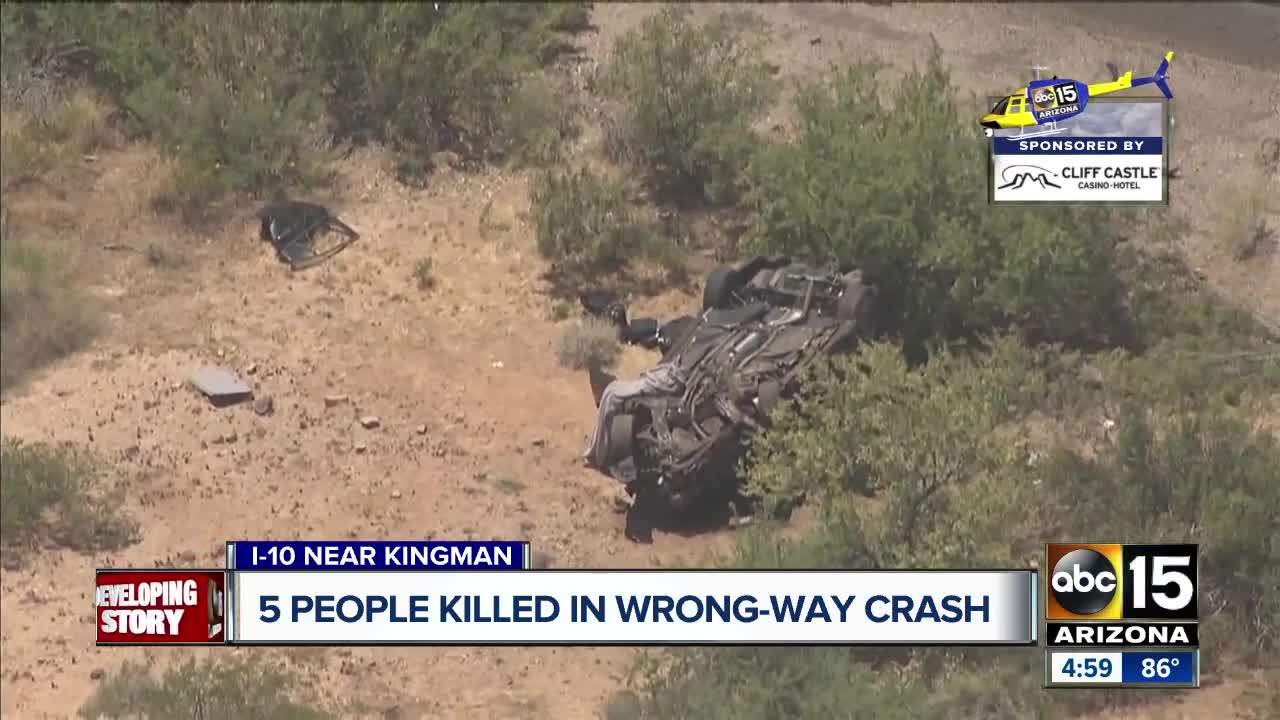 Several people have died after a wrong-way crash on the I-40 west of Kingman. 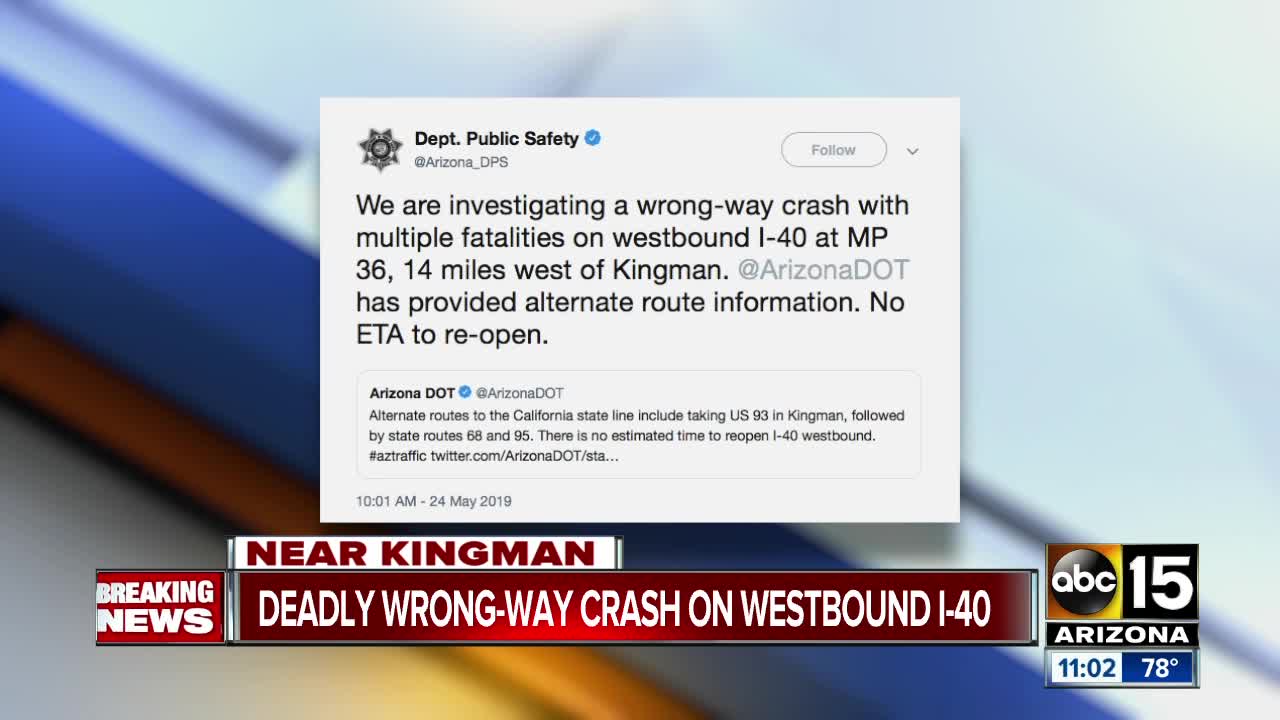 KINGMAN, AZ — Five people have died after a wrong-way crash on Interstate 40 west of Kingman.

Harold Wayne Wickham, 82, has been identified as the wrong-way driver by AZDPS.

Wickham, a resident of Laughlin, Nevada, died at hospital following the crash, according to AZDPS.

His passenger, 90-year-old Ella Wickham, also of Laughlin, Nevada, died at the scene of the crash.

The driver and two passengers of the other vehicle all died at the scene of the crash, AZDPS says.

They have been identified as Tsun Tong Chan, 57; Wai Kam Ngai, 54; and Ching Kwong Chan, 21. All of the deceased hailed from New York, New York.

AZDPS says the crash happened around 9 a.m. in the westbound lanes, west of Kingman, near milepost 36.

UPDATE: We can now confirm 5 people have died in this wrong-way crash. The driver of the wrong-way vehicle is being identified as an 82-year-old male of Nevada. He died at a local hospital. The westbound lanes have partially re-opened.

The Arizona Department of Transportation says if you’re trying to get to the California state line, the best alternative from the area is taking US 93 in Kingman, followed by state routes 68 and 95.

DPS previously stated four people died in the crash. The information has since been updated to reflect that five people died.