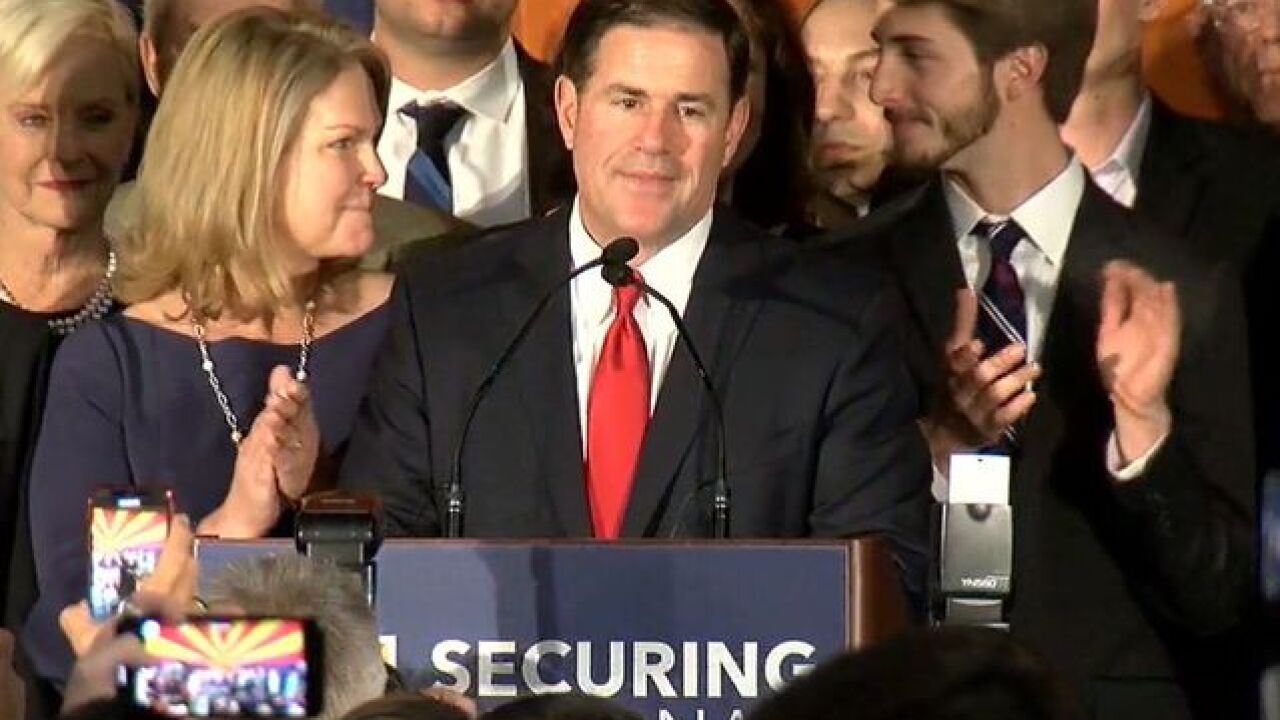 Arizona Doug Ducey's administration will have new heads of several agencies as he begins his second four-year term of office.

Ducey was re-elected Nov. 7, and his office announced Friday that Department of Revenue Director David Briant and Department of Gaming Director Dan Bergin will soon retire and that Jeff Whitney is stepping down immediately as director of the Department of Forestry and Fire Management.

Current DOR Chief Deputy Director Carlton Woodruff will be interim director of the tax agency, while the Gaming Department will be overseen on an interim basis by James Ashley, who will continue as director of the Industrial Commission of Arizona.

Similarly, the Department of Forestry and Fire Management's interim director will be David Tenney, director of the Residential Utility Consumer Office.