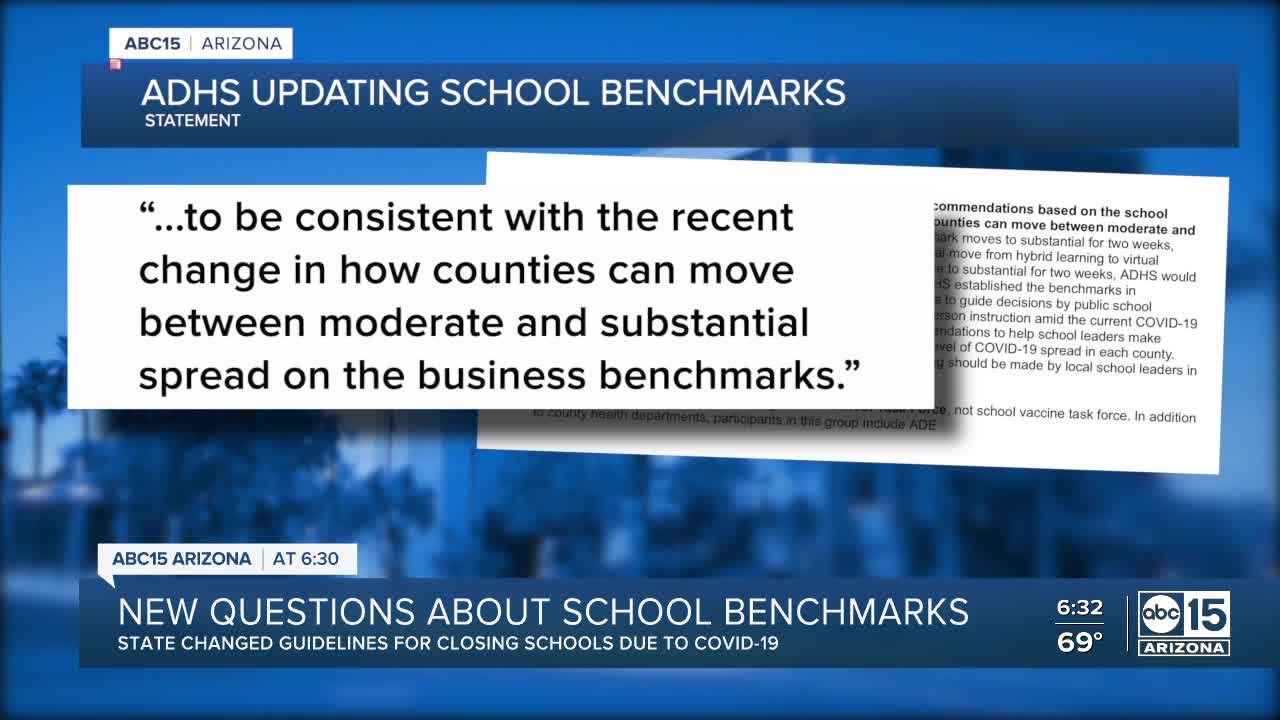 State changed guidelines for closing schools due to COVID-19. 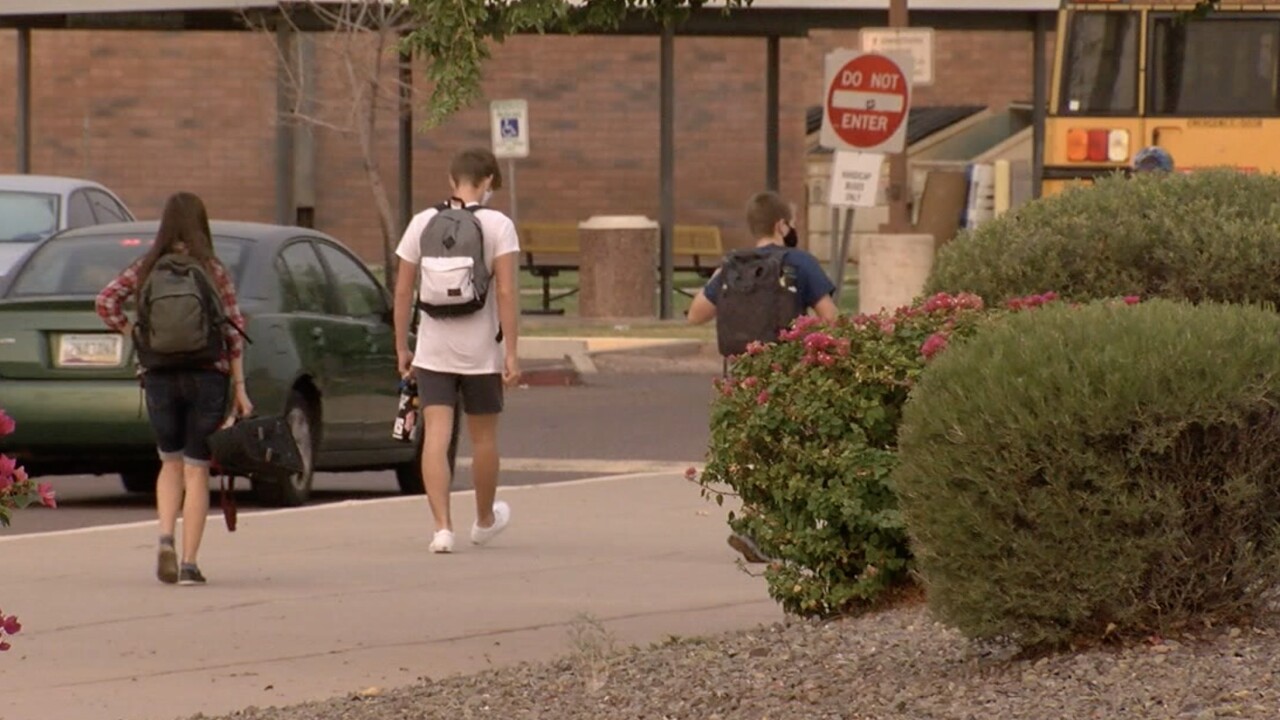 There are new developments surrounding the state's recent update to their COVID-19 school benchmarks.

That new guidance changed quietly on the ADHS website on October 22.

The superintendent of Mesa Public Schools, Dr. Andi Fourlis, says her team is doing the best it can to keep their 67,000 students and staff safe. As of the most recent update on October 22, the district reported 44 active confirmed cases linked to school campuses.

"We have approximately 600 students and staff that are currently on quarantine throughout our district," said Dr. Fourlis. "We study the metrics every single day in terms of case counts."

"I think there's concern among our staff members and a lot of concern around, this was kind of a quiet change and it wasn't loudly advertised or explained, and so it caught us by surprise," she said. "I know what happened and what is now the guidance, I just don't have that understanding of why that was done."

The Arizona School Boards Association, which works with more than 240 school governing boards, also has unanswered questions. Their Director of Government Relations, Chris Kotterman, says he learned about the change through an ABC15 tweet. The association is now fielding calls from districts across the state and while decisions to remain open or closed are still made at the local level, Kotterman says many school leaders are confused and concerned.

"Some of them knew about it, some of them didn't," said Kotterman. "Some of them are concerned that by recommending what appears to be a stricter standard.... it will be pressured to stay open longer by certain members of their community."

ADHS sent several statements to ABC15 initially saying it updated the benchmarks, "to be consistent with the recent change in how counties can move between moderate and substantial spread on the business benchmarks."

On October 28, the day after ABC15's initial report aired, ADHS Director Dr. Cara Crist released a blog post on the ADHS website saying the update "highlights state-county partnerships" and that the process started in early October after concerns were raised in the Schools Reopening Workgroup about instability if a return to virtual learning hinged on just one benchmark.

During an interview with our news partners at KTAR on October 22, the same day the new guidance was posted online, Dr. Christ mentions that having all three metrics in the substantial category would lead to considerations of scaling back in schools or businesses. However, she made no mention the guidance for schools had changed.

The Department of Education tells ABC15 they were aware conversations were being held and were notified of the official change last week. However, it is their understanding the updated information is shared with schools through their ongoing conversations with local county health officials.