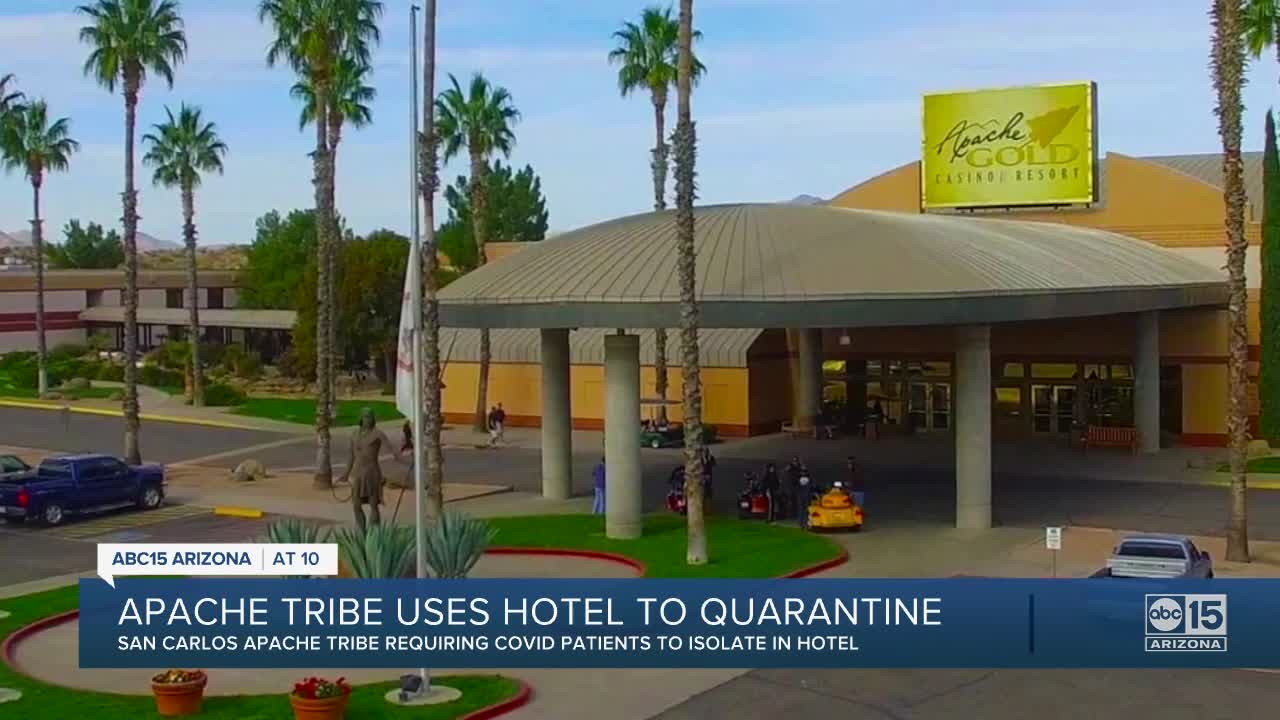 Drastic measures to prevent the spread of COVID-19 are making some tribal members feel imprisoned in isolation. 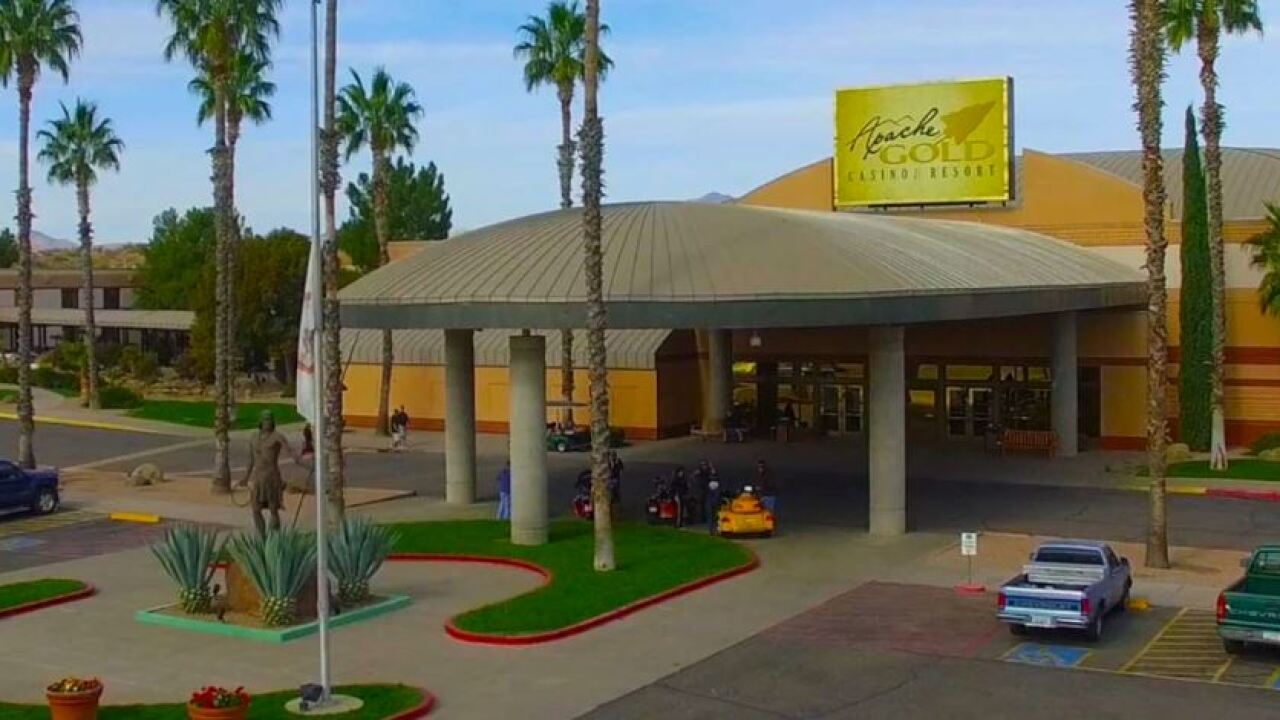 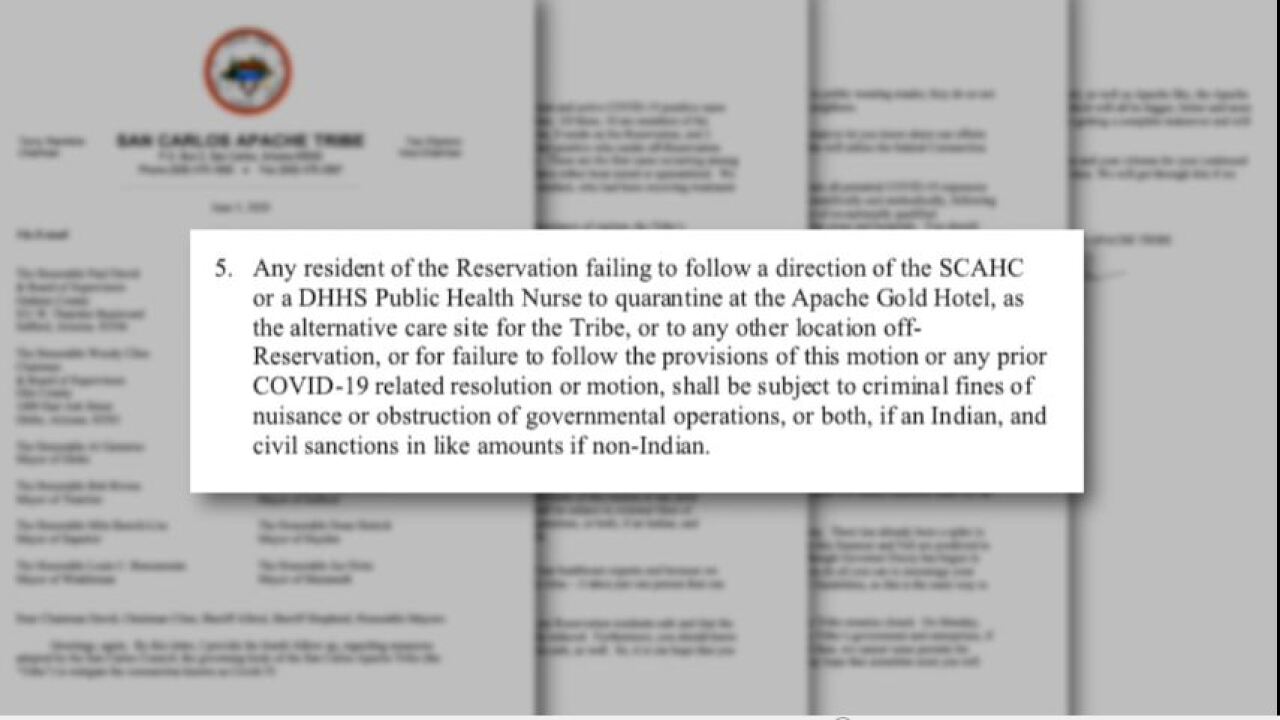 As part of strict rules put in place since March, the San Carlos Apache Tribe near Globe is using the Apache Gold Casino and Hotel to house positive and presumptive COVID-19 patients.

"I'm stuck in this little room, 23 hours a day, can't get fresh air, doors locked," said one Apache Tribe Member currently halfway through his first week of isolation at Apache Gold Casino and Hotel. He tested positive for COVID-19 last week, and told ABC15 that after he tested positive, he was taken directly to the hotel and was unable to go home to change or pack new clothes.

When asked what he does all day, the San Carlos Apache Tribe Member said he mostly sits in his room and thinks about COVID-19. "Honestly it makes you depressed," he added. "Man, I feel like I’m worse sitting here, breathing in my own... air, not getting fresh air."

This same tribal member said trash is picked up every couple of days, and he was told to do his own laundry in his sink. He said communication with staff at the hotel is rare.

"Even our own tribal leaders are ignoring us," he said.

Those living in the hotel for a minimum of 14 days are given three meals a day, and vitals are taken twice a day.

According to multiple people in the hotel under quarantine, health officials with the San Carlos Apache Healthcare Corporation allow outdoor time once a day, from 30 minutes to an hour.

"I get anxiety and at times it gets to me to where I think 'OK, I can't breathe. This is all locked in,'" said Colleen, another member of the San Carlos Apache Tribe, who has been at the hotel in quarantine with family since Thursday. "Others referring to us being here as in jail, they can't really do anything, and they said they get more privilege in jail than here."

A growing discontent with the living conditions and duration of stay by residents is not something new for health officials.

"We've been pretty effective in finding these cases and getting them isolated, however, now that is growing bigger, we're finding resistance," said David Reede, Executive Director at San Carlos Apache Health and Human Services.

Turning the Apache Gold Hotel and Casino into a supplemental holding area for COVID-positive and presumptive positive patients is one of many strict laws implemented by the San Carlos Apache Tribe to help prevent the spread of COVID-19.

In mid-March, the Tribal Council ceased all gatherings and events with more than 50 people and closed casinos like Apache Gold and Apache Sky.

In May, a curfew from 10 p.m. to 6 a.m. was implemented for everyone excluding people "seeking emergency health care, first responders, healthcare workers, essential government and economic development enterprises, and commuters."

In July that curfew was extended to begin at 9 p.m., liquor sales were prohibited, and children under the age of 13 were prohibited from entering businesses or other public buildings until further notice.

With a population of around 13,500 people who live on the reservation, tribal health officials say the measures taken to prevent the spread of the virus are worth the risk, and many people under quarantine or isolation are happy with the living arrangements at Apache Gold.

"If somebody is exposed, say their husband, for example, the wife's negative, the husband positive, the wife would quarantine and husband would isolate," said Victoria Began, the Chief Executive Officer of San Carlos Apache Healthcare Corporation.

"As part of the public health plan and monitoring individuals, we actually have nurses out there and providers, and we do their vital signs which includes monitoring...a pulse oximeter twice a day," she said. "And if there's any concerns then we bring back via ambulance to the hospital."

"I think one of the most important things for us is in that we're saving lives," said Began.

ABC15 reached out to the Chairman of the San Carlos Apache Tribal Council, Terry Rambler. He did not respond for comment.