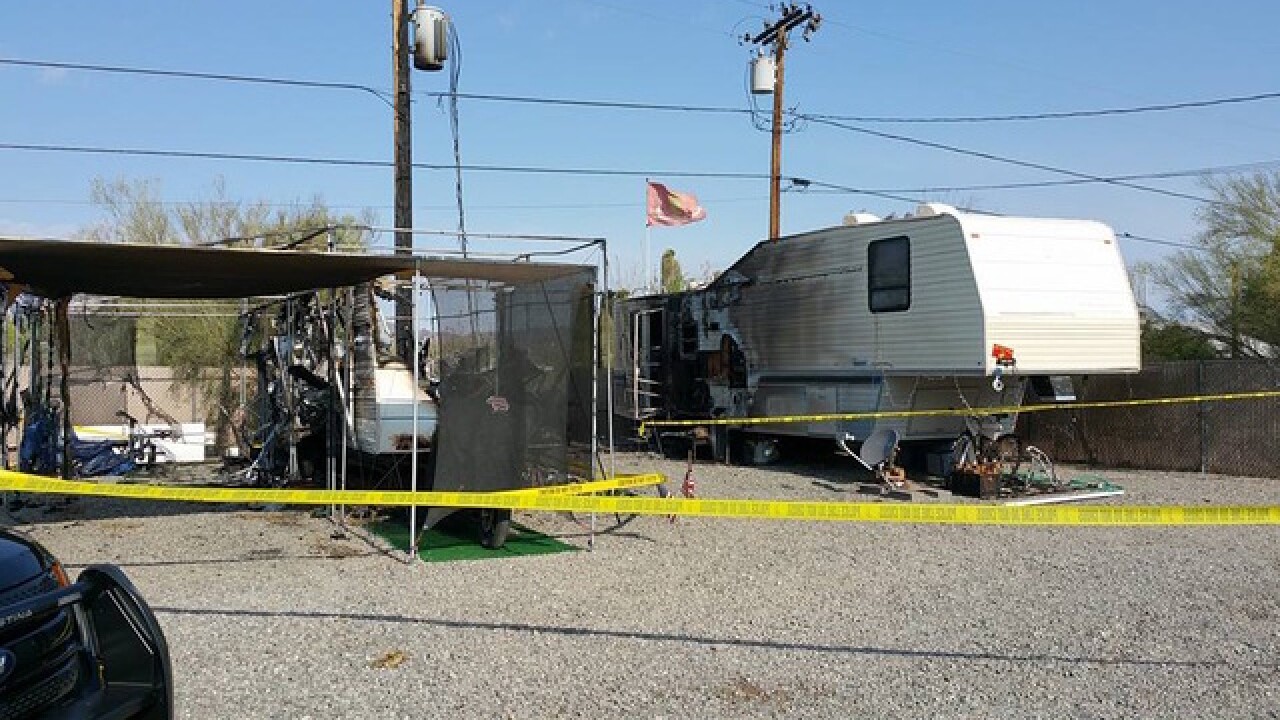 A Quartzsite officer was seriously injured during an officer-involved shooting on Tuesday night.

According to the Arizona Department of Public Safety, around 10:40 p.m. officials were called to a neighborhood in Quartzsite where two homes were reportedly on fire. One of the victims was able to tell responding officers that the fires were intentionally set and identified the suspect and suspect vehicle.

Troopers with the Arizona Department of Public Safety were asked to assist Quartzsite officers with the suspect search around 11:30 p.m.

An officer and two troopers located the suspect near a Burger King restaurant near Exit 17 in Quartzsite. At that time, the suspect fired at officers and troopers, hitting one of the officers.

One trooper returned fire and another trooper dragged the officer to safety and tried to stop the bleeding. That officer was taken to a Lake Havasu hospital with serious injuries.

The suspect fled the area and retreated to an area where DPS says he "previously set up a strategic advantage of cover, utilizing a block wall and his vehicle for protection." The suspect had rifles, a handgun and ammunition.

Troopers unsuccessfully tried to negotiate with the suspect and a trooper ended up shooting the suspect.

Officials on scene provided medical care to the suspect, who died from his injuries.

DPS is investigating the incident. At this time, officials have not yet released the name of the suspect or law enforcement officials involved.