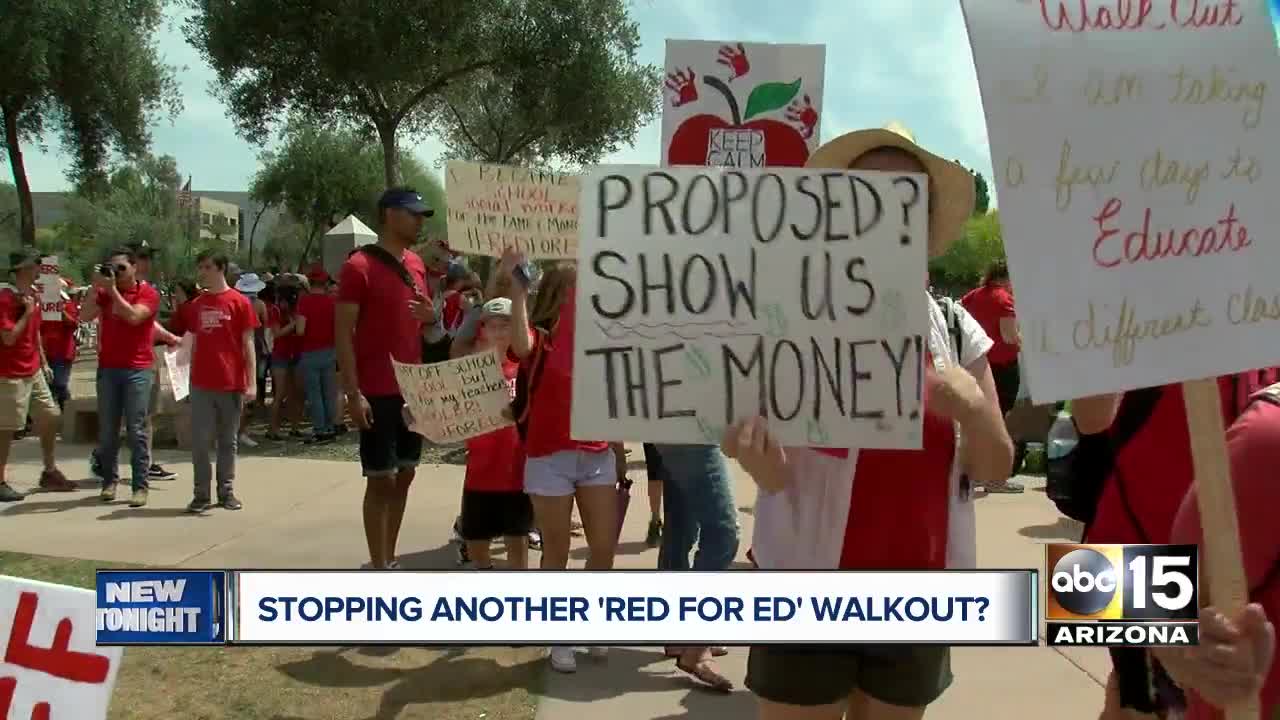 H.B. 2017 looks to end teacher walkouts in Arizona, like the ones seen previously during the height of the Red for Ed movement. 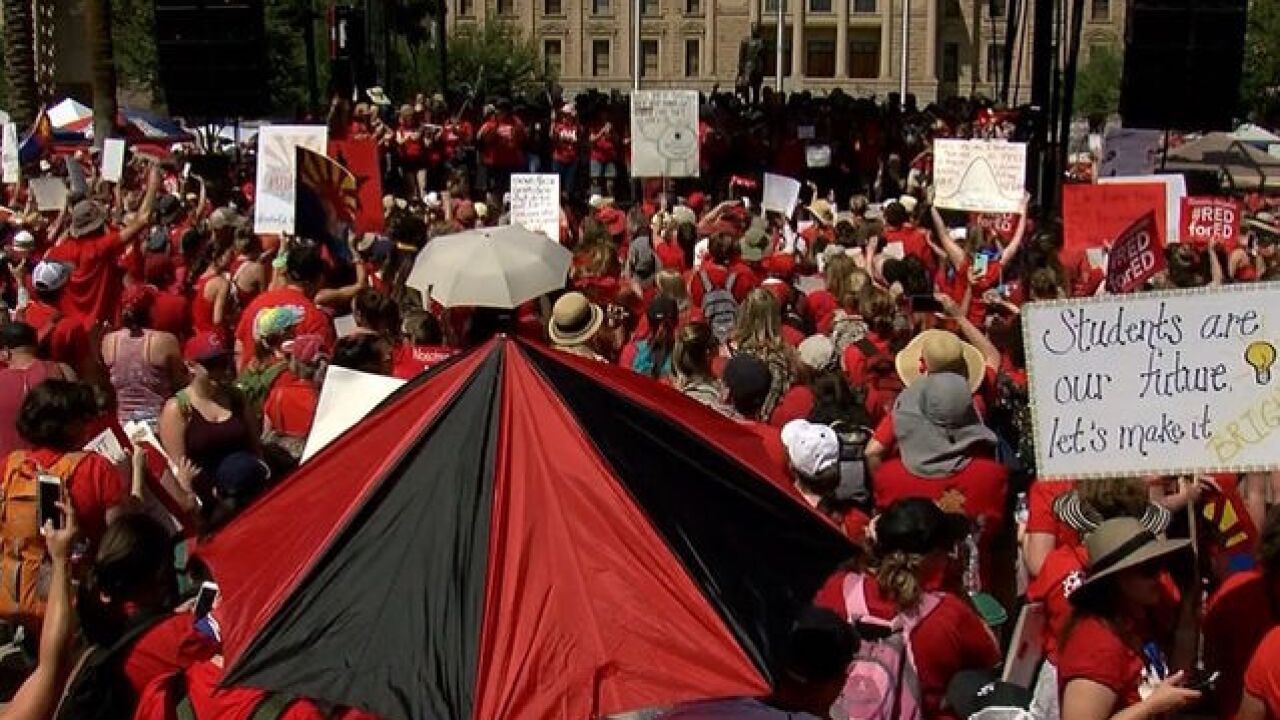 PHOENIX — H.B. 2017 looks to end teacher walkouts in Arizona, like the ones seen previously during the height of the Red for Ed movement.

It's been less than a year since the teacher walkout shut down schools across the state for days. It ended with promises of a 20 percent pay raise and more support for education, something Governor Doug Ducey echoed during his State of the State address on Monday.

"More is needed on K-12 education," Ducey said. "A focus on results, resources and reforms."

Now Representative Kelly Townsend from Mesa is pitching some reform of her own. She has proposed House Bill 2017 which would fine anyone who causes a school to close when it's supposed to be open, up to $5,000. The eight exceptions range from a plague of insects, to an invasion, or other safety threats.

"It's reactionary, it's dealing with the past," said Joe Thomas, president of the Arizona Education Association.

He does not expect the bill to get far.

"I want to move to the future and I certainly don't want to see anything that tells teachers 'shut up and teach we'll take care of this' from a group of people that absolutely haven't been taking care of this situation," Thomas said.

ABC15's Danielle Lerner reached out to Representative Townsend, to talk about HB 2017. A spokesman said she didn't have time for an interview, but she agreed to answer questions via email.

As for her intentions in filing HB 2017, Townsend said, "It's already illegal to strike. Last year's walkout was manufactured by teachers calling in sick, substitutes assigned, teachers canceling their call in the morning, and calling in sick once again preventing enough teachers on campus to ensure safety, and thus shutting down the school. This bill is closing that loophole so that a pseudo-strike cannot happen again."

When it comes to the idea of fining individual teachers, Townsend said she is, "open to amending this bill to hold the actual district accountable, rather than the teacher, to ensure the district is not off the hook."

"I think she wants what we all do, is fully-functioning schools," said Thomas. "She just has to understand that the constitution also tells her that she's the one that's supposed to provide the resources to give our kids a uniform public education system."

HB 2017 is one of three education-related bills proposed by Townsend, who says she looks forward to supporting legislation that will help fix the education crisis in Arizona.

HB 2018 directs our state's attorney general to investigate any school board members or district employees suspected of breaking state law.

Take a look at the proposed house bill below.