Censure Resolution against Sinema “most likely” delayed until January 2020 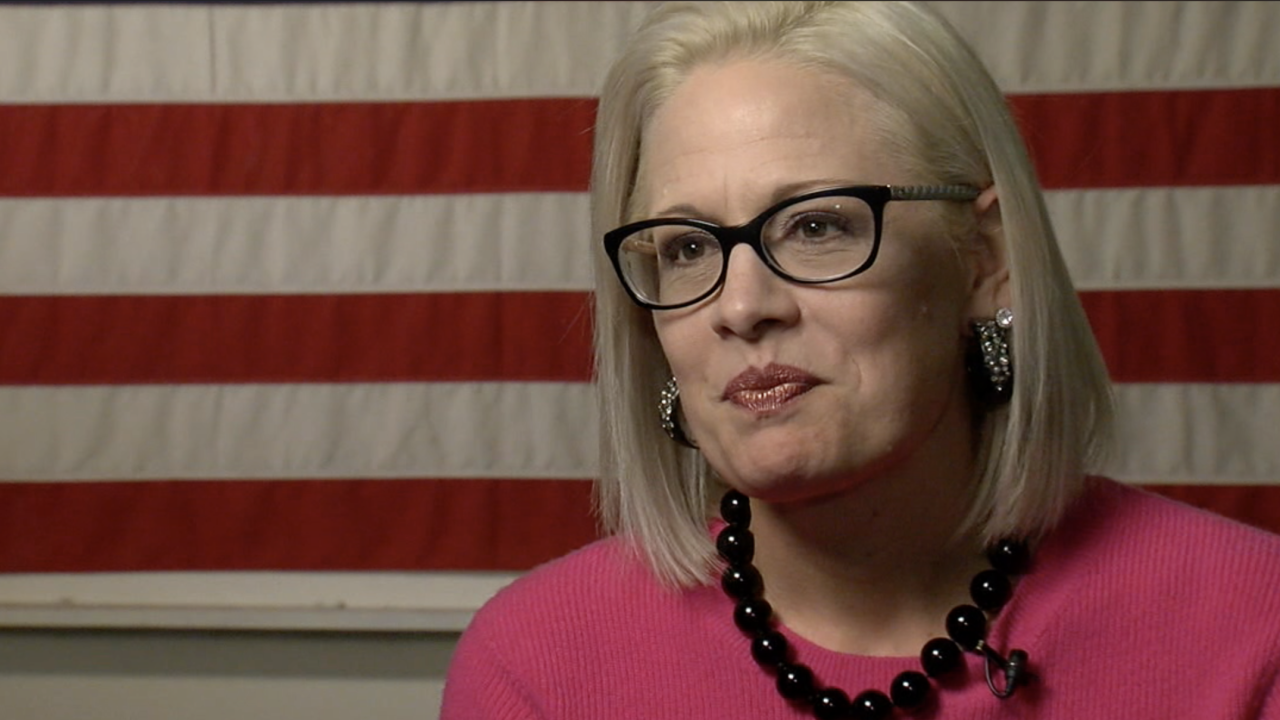 A move to censure Arizona Senator Kyrsten Sinema by members of the state's Progressive Wing appears to be on hold for now. On Tuesday ABC15 first reported Progressives wanted Democratic State Committee Members to vote to censure Sinema for “failing to uphold tenets of the Democratic Party platform." Progressives, however, failed to get the buy in they hoped for from State Democratic Leaders.

Progressives are upset that Sinema, the first Democrat elected to the Senate from Arizona in 30 years, voted too many times with Republicans for their liking. Sinema promised from the outset of her campaign she would be independent and a centrist. According to FiveThirtyEight, a web site dedicated to tracking elections and congressional votes, Sinema has voted with President Trump 54% of the time. An August OH Predictive Poll showed Sinema's approval rating in Arizona at 62%. Among just Democrats it is 82%.

Dan O'Neal, one of the signatories to the censure resolution, says party leaders told him changes to the wording in the resolution will require more time to review. O'Neal says Democratic Party's resolutions committee will likely table the matter. O'Neal says if that happens, Progressives will bring the resolution up again in January, when the Democrats meet in Yuma.

Progressive Democrats’ frustration with the new senior Senator from Arizona are spilling into the party’s annual state meeting.

The Progressives are demanding Senator Kyrsten Sinema from Arizona to “support the tenets of the 2016 Democratic party platform” and now want to formally censure her at the state committee meeting this weekend, according to a resolution obtained by ABC15.

This same group further wants the state party to communicate this to the Democratic National Committee and Arizona’s elected Democratic officials.

The move would come at the state Democratic committee meeting Saturday in Prescott and the details are spelled out in the resolution.

Sinema is specifically targeted in the resolution for her confirmation vote of President Donald Trump’s Attorney General nominee William Barr, in which she was one of only three Democratic senators to vote to confirm Barr. The Progressives are also upset with her decision not to co-sponsor the “Save the Internet Act,” a bill that would have repealed recent rules by the FCC that removed Obama era net neutrality protections.

Dan O’Neal, a leader in the Progressive Caucus and a signatory to the resolution, spoke to ABC15 on the matter.

“The Progressive Caucus is very concerned with Kyrsten Sinema’s voting record. We love her, as we love all Democrats, but we want her to vote like a Democrat rather than supporting Trump half the time,” O'Neal said.

Censures are a very rare occurrence in parliamentary bodies, with the US House of Representatives only passing a censure motion 21 times in its history. The state Republican party successfully passed a censure against John McCain in 2014.

The censure resolution will first be submitted to the Arizona Democratic Party’s resolutions committee, along with other resolutions, to be considered at the meeting on Saturday. The committee will then make a recommendation on whether to adopt or reject it to the state committee membership on the floor.

The rank-and-file committee members may then choose to accept the resolution committee’s recommendation, or they may decide to take it to a floor vote.

Sinema is often seen as one of the most moderate members of the U.S. Senate. She is one of two Democrats in the Senate that have sided with Trump on more than 50% of votes held in the Senate. The other is Joe Manchin of West Virginia, a state Donald Trump won by over 40 points. Arizona, by contrast, went for Donald Trump by a margin of less than 4 points.

Sinema prevailed over her 2018 opponent Republican Martha McSally by a similar margin. According to recent polling, Sinema is seen as favorable by 54% of all likely voting Arizonans. Her favorability within her own party is at 85%.