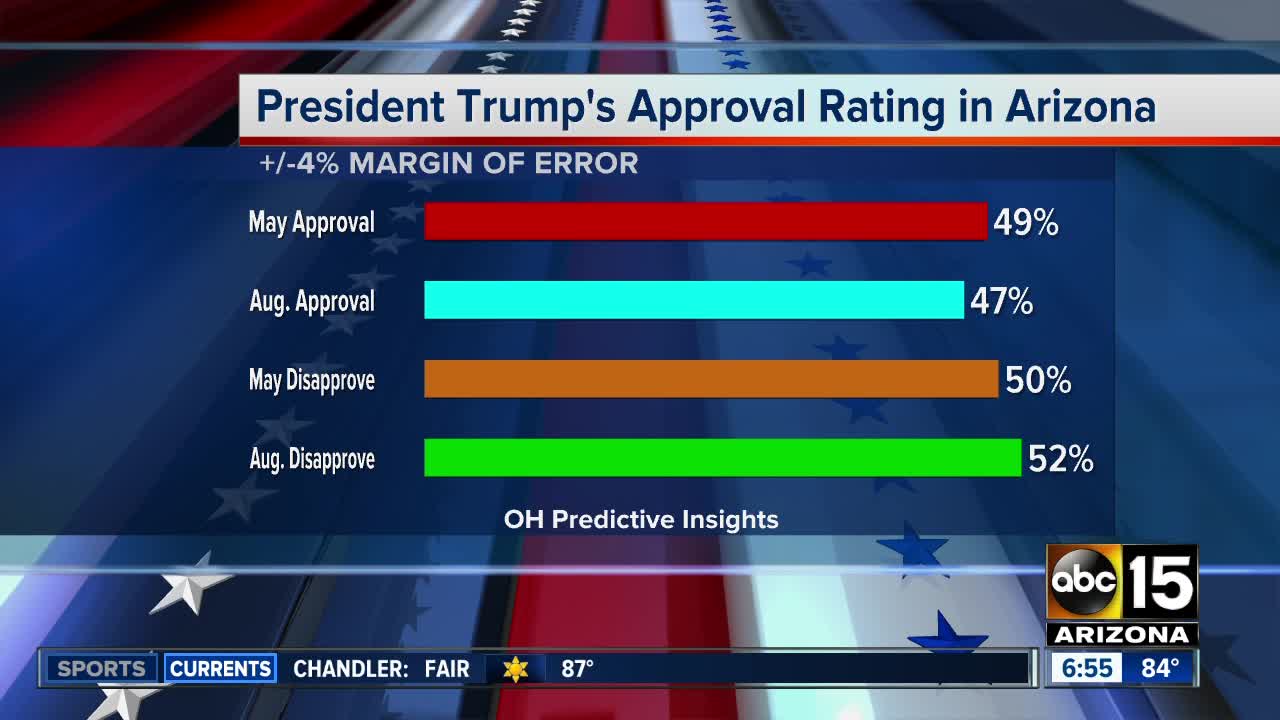 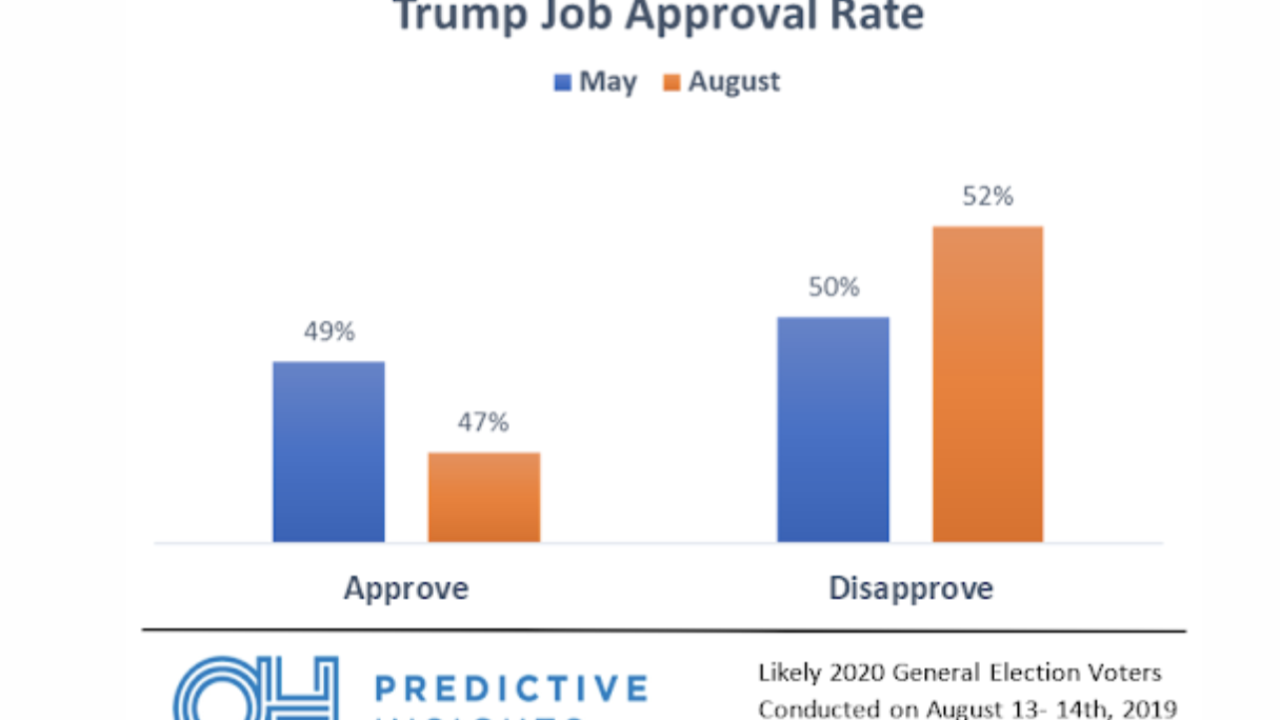 PHOENIX — President Donald Trump may have a difficult time winning Arizona in the 2020 presidential election.

According to an OH Predictive Insights poll released Thursday, the Job Approval rate of President Trump dropped from 49% to 47%. The disapproval rate increased from 50% to 52%.

Still, the poll suggests Arizona voters favor Trump over many of the more progressive candidates in the field.

“The biggest red flag is that Trump doesn’t cross the 50 percent threshold in any of these hypothetical matchups and is hovering in the low-to-mid forties,” Mike Noble, Chief of Research and Managing Partner of Phoenix-based research company OHPI. “The data continues to indicate that Arizona will likely be a battleground state in the upcoming 2020 presidential election.”

The poll was conducted in mid August with a sample of 600 people identified as likely voters. The medium utilized was a blended phone survey yielding a +/-4% margin of error.