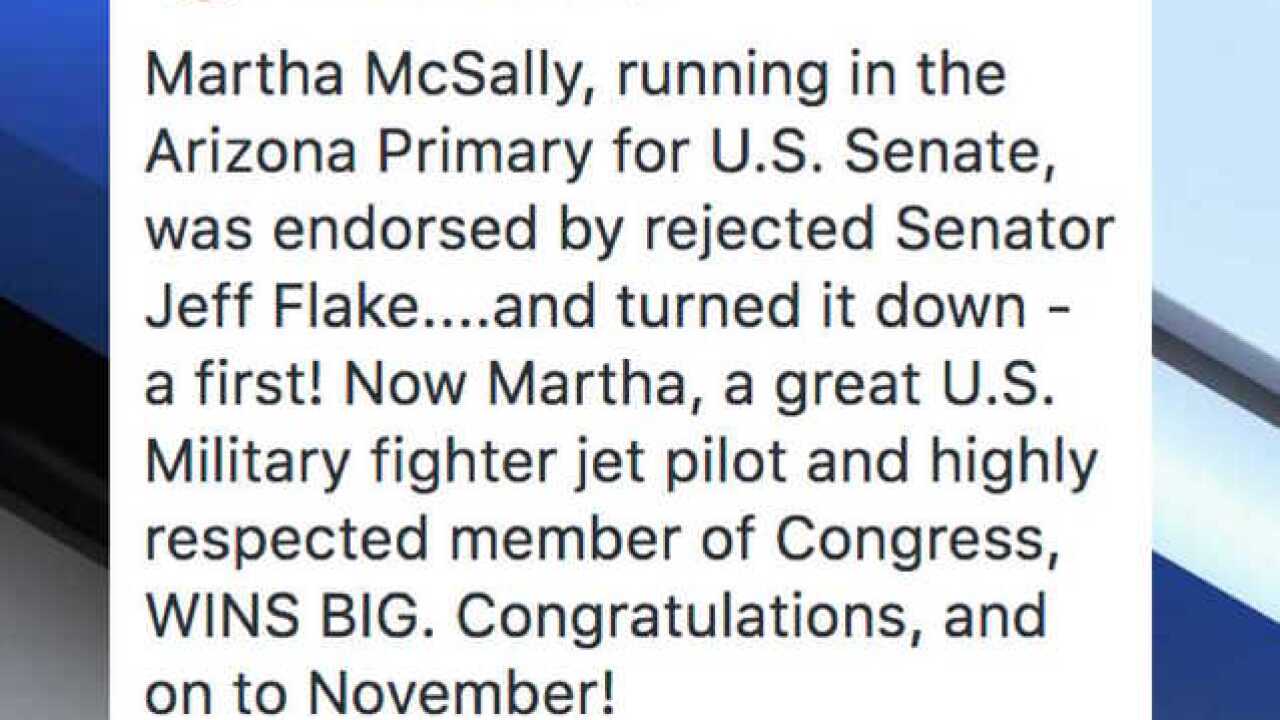 President Trump congratulated Rep. Martha McSally on her Senate primary victory Tuesday night, but not without taking a shot at the man she is hoping to replace first.

Martha McSally, running in the Arizona Primary for U.S. Senate, was endorsed by rejected Senator Jeff Flake....and turned it down - a first! Now Martha, a great U.S. Military fighter jet pilot and highly respected member of Congress, WINS BIG. Congratulations, and on to November!

The president started by claiming, without evidence, that Flake had tried to endorse McSally, but she turned it down.

Flake responded about an hour later, saying he made no endorsement in the three-way Republican primary between McSally, Kelli Ward and Joe Arpaio.

"Sorry," Flake replied to the president. "I made no endorsement in this race." Flake went on to say his last endorsement was in the Alabama special election--when he wrote a check to the campaign of Democrat Doug Jones, who beat the Trump-endorsed Roy Moore.

Sorry, @realDonaldTrump. I made no endorsement in this race. I think the last endorsement I made was in the Alabama race.https://t.co/yob5VVNAOe pic.twitter.com/KbzKAGRdDB

Flake, who announced he would not seek re-election in October of 2017, has been a frequent critic of the president.