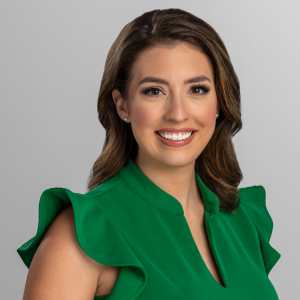 Arizona could announce a ruling on abortions this week.

A Pima County judge could release a ruling as early as Tuesday that would give legal clarity to abortion access in Arizona.

The law banned abortion in the state, except in the instance to save the mother’s life. The injunction stopping the ban was put into effect back in 1973.

State Attorney General Mark Brnovich wants to lift the injunction, which would reinstate the territory-era law.

Planned Parenthood argued to keep the injunction in place.

If the injunction does stay in place, a new 15-week abortion ban signed earlier this year by Governor Doug Ducey would go into effect, as planned, on Saturday.

“The way that society functions is that we have rule of law that we can all understand and follow. That is how our society proceeds in an equitable fashion,” said Planned Parenthood of Arizona Medical Director Dr. Jill Gibson. “We are hopeful that the judge will be very clear in her ruling, and she will really spell out exactly what the law states.”

When asked for comment on the potential ruling Monday, The State Attorney General’s office provided ABC15 with the same statement it sent out after last month’s hearing:

“The Arizona Legislature has consistently re-affirmed our existing law prior to Roe v. Wade, most recently with legislation passed by lawmakers and signed by the governor earlier this year.  We look forward to the court providing clarity and uniformity for all Arizonans."

The Pima County judge ruling in the case indicated that she could release a decision as early as September 20.

STRONG EMOTIONS ON BOTH SIDES OF THE DISCUSSION

Storm Glassheart is a fierce fighter for bodily autonomy and abortion rights.

“I was sexually assaulted when I was 14 and I had to take medication to terminate any potential pregnancies that could have resulted from that,” she told ABC15.

She wonders what her life would have been like if she didn’t have access to that medication.

“Would I, you know, at 14 have to give birth to a baby that I’m not physically, financially, or emotionally ready to take care of?” said Glassheart.

Glassheart says one of her biggest worries, should abortion be banned in the state, is the future of her little girl.

“There is a very good chance, unfortunately, that my child will experience sexual assault and if that were to happen, I would want my daughter to have the options to terminate any pregnancy that could result from that,” she added.

Bottom line is she wants women to have bodily autonomy. So, she opposes the outright ban that’s in the territorial law, as well as the 15-week restriction in the newly passed law.

“I believe that women deserve better, and babies deserve a chance to live, so this is a very important decision,” said Gray.

Gray adds there isn’t a day that goes by that she doesn’t regret having an abortion.

“There was no discussion of what was in my body, that that was a life. And after the procedure not only was I physically damaged, but emotionally also,” she told ABC15.

She says her cervix was destroyed after having the procedure, leaving her unable to have children.

“Had you known, you wouldn’t have gone in [for the abortion]?” asked ABC15.

“There’s no way I would have gone in,” she responded.

Gray adds she wishes she had guidance from a place like Choices Pregnancy Center.

“[Mothers] can get clothing. Food. They have programs that help with shelter. If they decide that they want to do something different, perhaps adoption, they can be helped with that,” said Gray.

Choices tells ABC15 that the inquiries for adoption into their center have gone up 90% this year alone.

Regardless of Glassheart and Gray's beliefs, both agree on one thing when it comes to what the judge in this case will rule.

“I genuinely have no idea either way, which way it’s going to go,” added Glassheart.