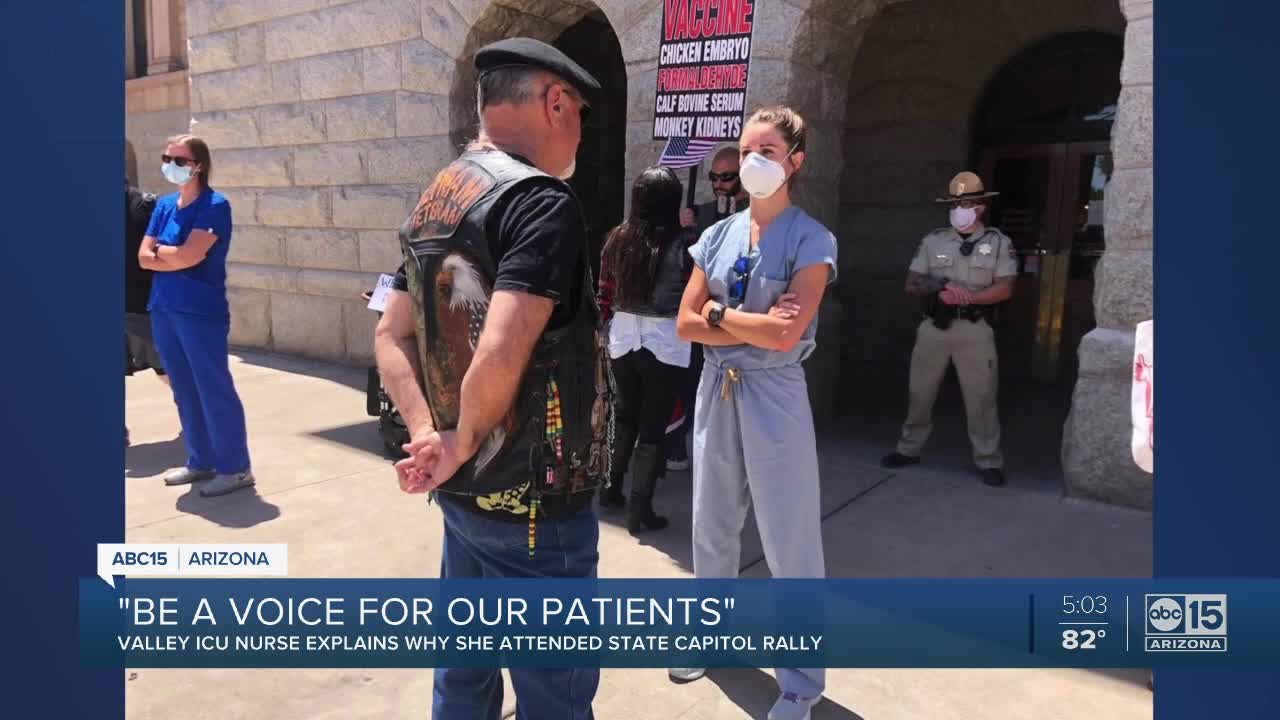 A Valley ICU nurse captured in a powerful picture taken at the rally to re-open Arizona Monday said she was out there to represent those who are too sick to speak out. 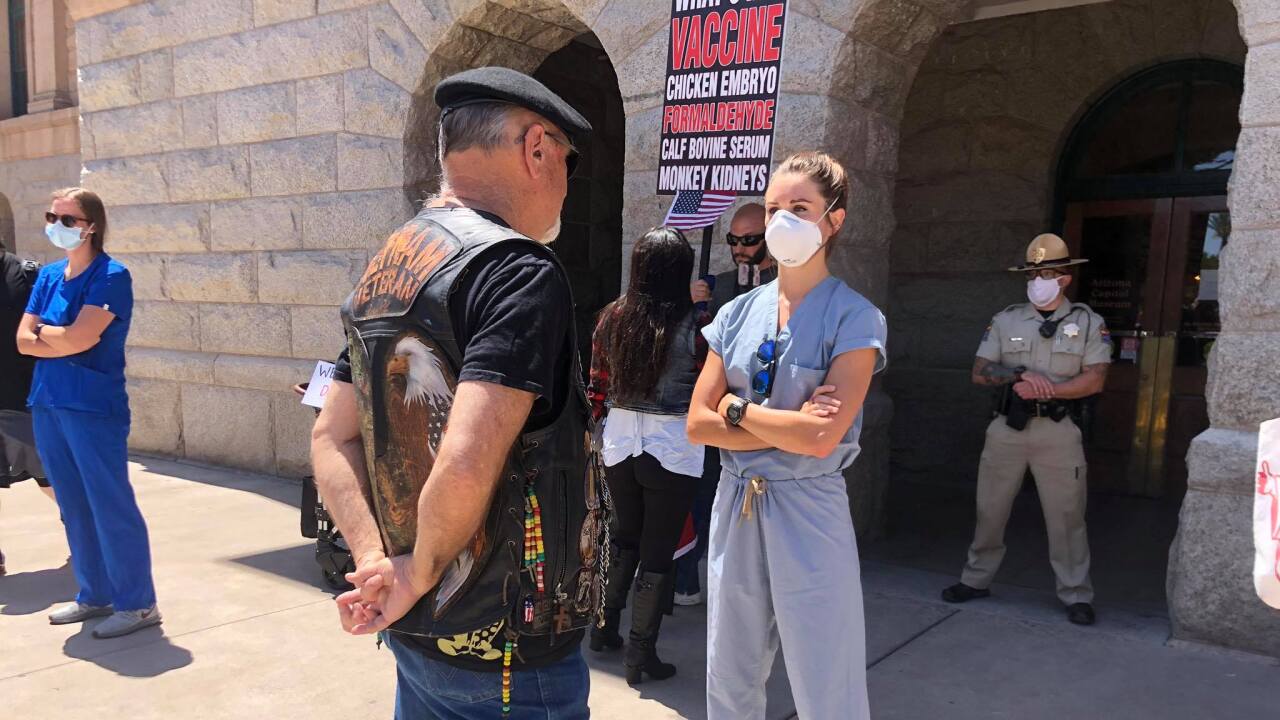 PHOENIX — A Valley ICU nurse captured in a compelling photo taken at the rally to re-open Arizona Monday said she was out there to represent those who are too sick to speak out.

Lauren Leander is a critical care nurse at one of the COVID-19 units at Banner Health in Phoenix.

She and a few other nurses stood in silence at the "Patriot's Day Rally" at the Capitol. Nearly 1,000 people gathered to urge Governor Doug Ducey to re-open Arizona and let people go back to work.

Leander stood with her arms crossed, facing attacks, screams, and questions from several protesters at the event.

A few nurses are standing in front of the Capitol building in silence, countering the protestors who want to re-open the economy. Health experts have said stay-at-home orders are necessary to stop the spread of #COVID19. @abc15 pic.twitter.com/nX2ecIkiJI

"The noise was deafening," said Leander. "But we were there to be a voice for our patients and the immunocompromised and the people who are sick with COVID that would be out there fighting with us if they could asking people to follow the stay at home rules."

Several different groups of people rallied, saying that the economy has suffered enough and that the stay-at-home order should be lifted immediately. The governor's order is in place until April 30. It's unclear what the state will do come May 1.

Health experts have said stay-at-home orders are necessary to stop the spread of COVID-19.

Leander said she heard vile and heartbreaking things from some of the people protesting. But she has a message for them.

"It doesn't matter if you believe in the virus or not. I'm going to take care of you one way or the other. It was sad to see people throw insults that number one didn't make sense and number two didn't align with us as health workers," she said.

Leander said since the rally and images from the event went viral, she's heard from people from all over the world who support her and other health care workers.

"I feel proud because it's not just me. It's me and it's my doctors and all the health care workers that would've been out there with me if we could've had time to rally a bigger group together," said Leander.

Leander said the images from the rally show division, but she's hoping people can come together to take care of each other and re-open in an organized and safe manner.