Phoenix churches on alert for possible attacks over Christmas weekend 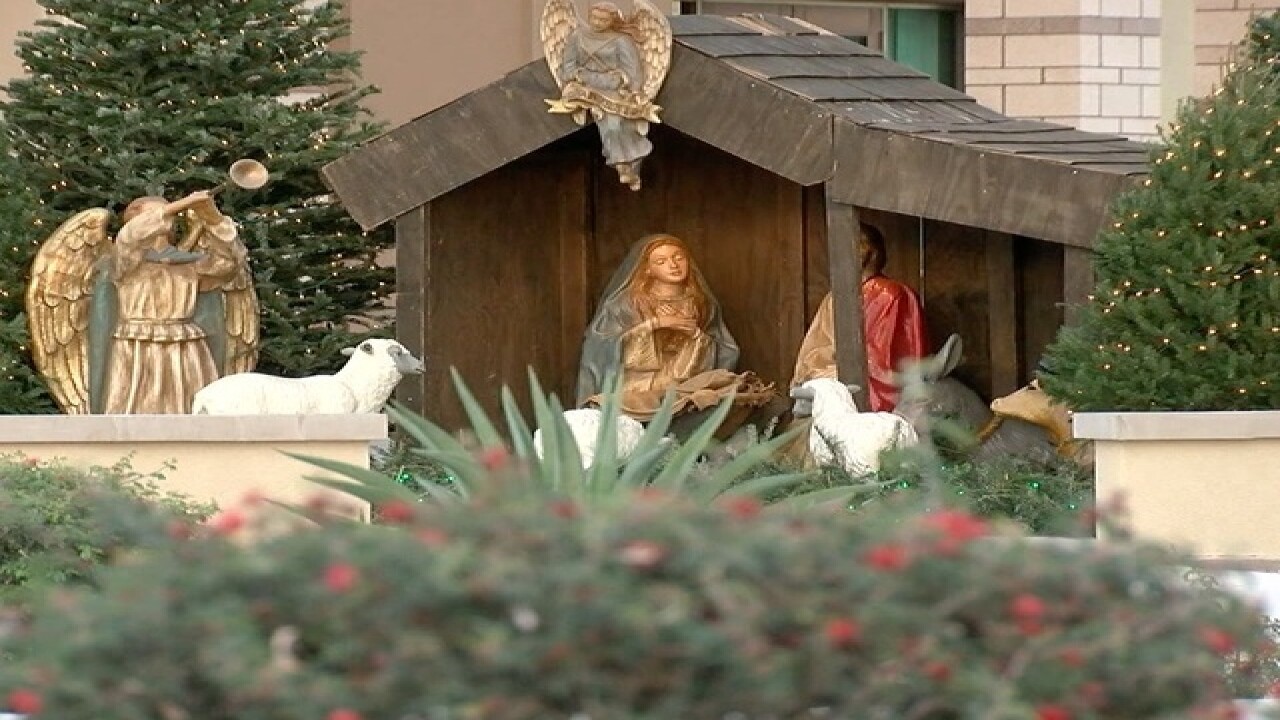 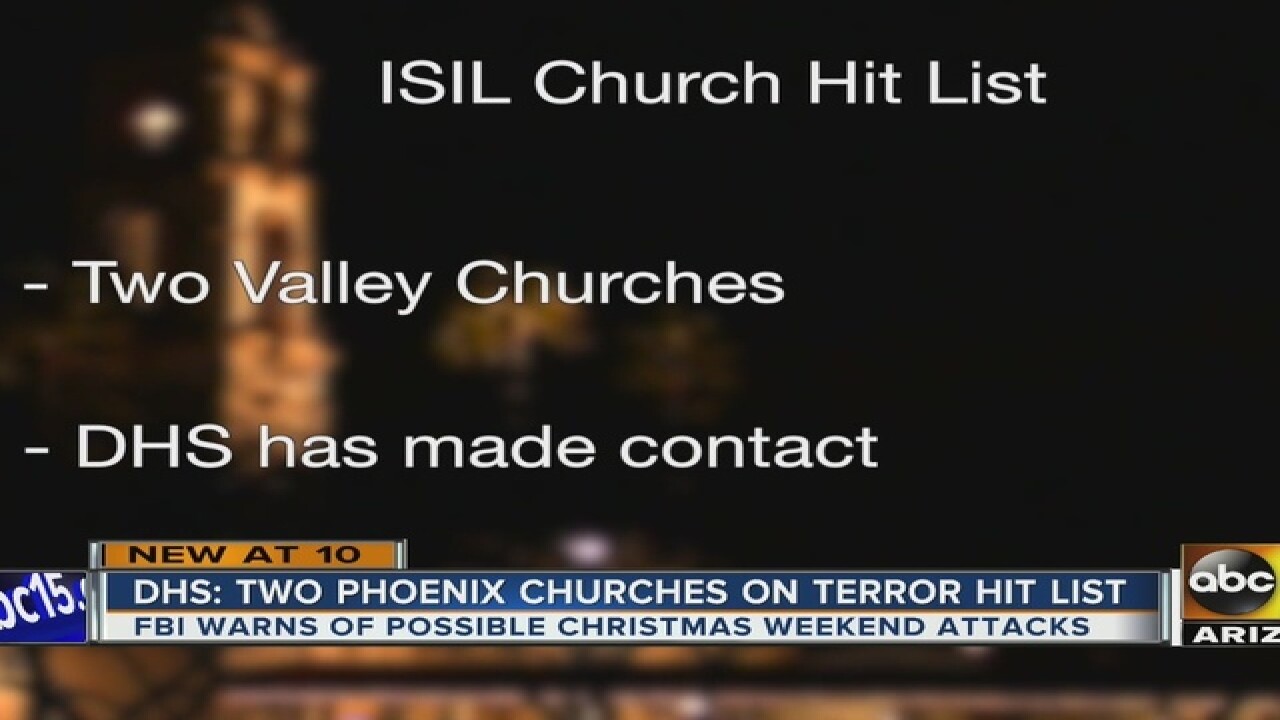 Valley churches are on alert for possible attacks over the Christmas weekend, and one Valley church already got a scare.

It's the latest alert released by the Department of Homeland Security.  ISIL calling on its supporters to attack thousands of American churches during the holiday weekend.

DHS warned officials that two Valley churches should be on alert after the churches were found to be on a "hit list." But officials are warning everyone to be alert and to pay attention.

"In any situation, it is always good for us to be vigilant and take note of behavior that seems off," Reverend Father William Schmid said, with the St. Mary Magdalene Catholic Church in Gilbert.

He said they had a suspicious incident happen at the church during last Sunday's service when two men were seen filming the mass.

"I'm happy that parishioners noticed the behavior and our ushers responded."

Gilbert police tell ABC15 the men were cooperative and said they were just interested in learning more about the Catholic faith. But police did document the incident, however they said they didn't see a threat.

Sources say churches across the country are seeing this same type of behavior and churches know there needs to be a balance between safety and acceptance.

Everyone is asked to stay vigilant during the holiday weekend, whether it's at a church or at a shopping mall, people are asked to report anything that seems suspicious by contacting police.