A community discussion was held in the Valley Wednesday night to help parents have important conversations with their kids about teen suicide.

CHANDLER, AZ — A community discussion was held in the Valley Wednesday night to help parents have important conversations with their kids about teen suicide.

"He touched so many people and he talked to everybody. He was everybody's friend," says Nailah Hendrickson, Zyon Anderson's mother.

Zyon was an outgoing young man on the outside but struggling internally.

Zyon, 16, took his own life Sunday after battling depression. His mother spoke to ABC15 from the hospital, saying she noticed her son's health worsen during the pandemic.

"I think it was just really hard on him to sit still. Then, when he is sitting still, he's sitting with his thoughts and he doesn't know what to do with those thoughts."

Zyon was a sophomore at Perry High School, taking honors and AP classes. He was also on the football team and had been passionate about sports ever since he was a toddler.

Zyon's mother says he received therapy, medication and connected with mental health facilities. She even created a GoFundMe page about a month ago, reaching out to people for help and guidance after a few attempted suicides. She wishes the mental health system was easier to navigate.

"When you deal with your psychologist, that's totally separate from your psychiatrist. It's just not, it's not friendly. It doesn't make you understand how the whole process works, there's no road map," says Dr. Paula McCall, a psychologist in Chandler.

"It's okay to talk about suicide; it's okay to use the word suicide. In fact, it's helpful," says Dr. McCall.

Dr. McCall held a Zoom meeting Wednesday for parents on how to support their children following a suicide.

"It's important for us not only to know how to talk to our children and how to support them and let them know that we care and that we love them in this horrible situation but, that we're also monitoring them and keeping an eye on them," says McCall.

She encourages parents to restrict access to prescription and over-the-counter medications, along with anything else that could be dangerous.

"If there's guns in the house, then make sure they're locked up and the ammunition is separate," says McCall.

Zyon's mother is hoping schools can provide more resources and programs catered to mental health. Her plan is to donate to a cause similar to that in her son's honor. To help in her mission, click here.

"You can't wait for people to pass away to say anything. If that's your friend, if you love them, if that's your family - reach out. Don't wait, don't wait to say it at the end," says Hendrickson.

Help is always available. The National Suicide Prevention Lifeline is open 24 hours a day if you or anyone else needs to talk. 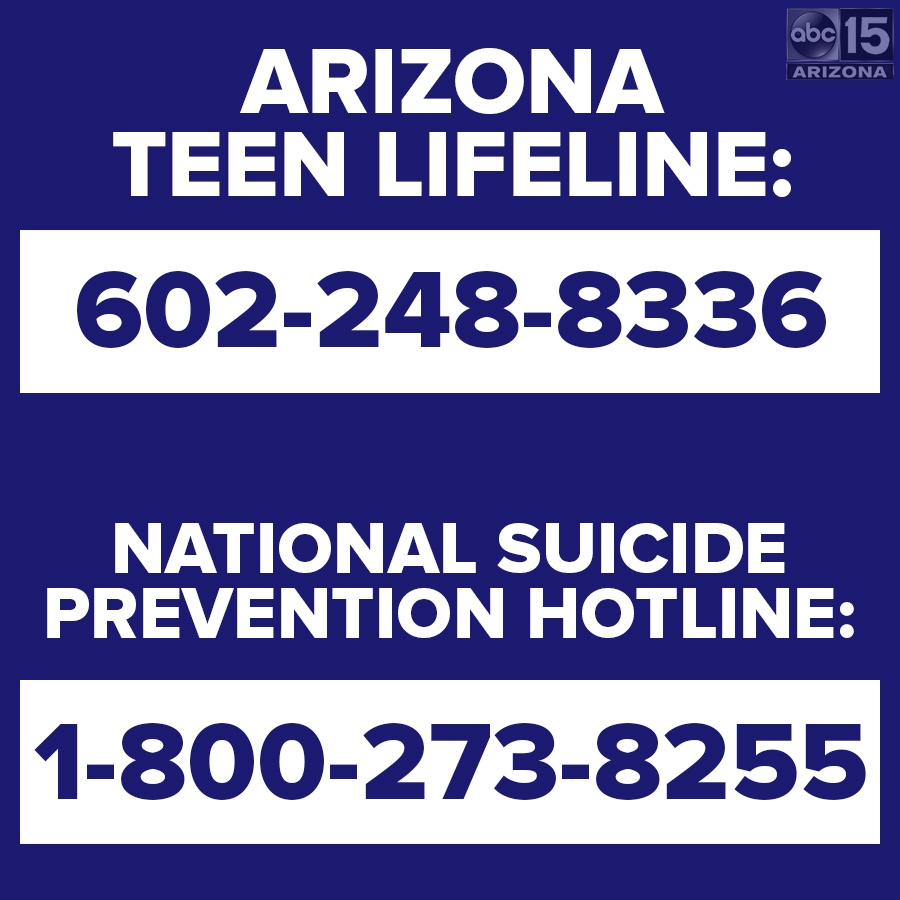