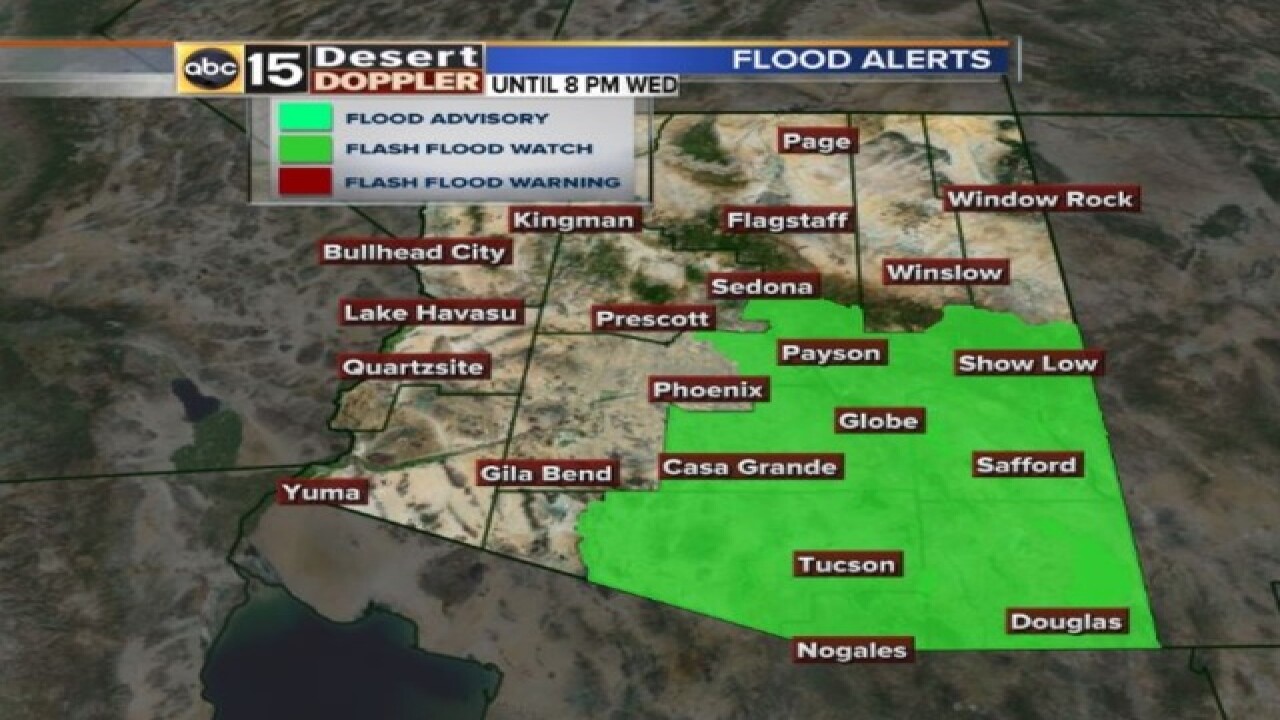 It's looking less likely the Valley will see significant rainfall from Hurricane Newton, but that doesn't mean all parts of the state will fare the same.

The storm made landfall over the southern tip of Baja California Tuesday morning and was scheduled to again make landfall in Sonora, Mexico Tuesday night into early Wednesday.

Moving over land will weaken the storm as it approaches Arizona, but could maintain enough strength to cross into the state as a tropical storm on Wednesday morning.

Tuesday afternoon, the National Weather Service canceled the Flash Flood Watch that had been issued for the Phoenix metropolitan area. The watch remained in effect for the higher terrain east of the Valley, Pinal County and all of southeastern Arizona until 8 p.m. Wednesday.

Rainfall totals in the Valley will likely see a quarter of an inch of rain or less, with some areas not seeing anything at all. Areas where thunderstorms develop could see a half-inch or more, and the East Valley has a better chance of seeing rain than the West Valley.

The southeastern part of the state is also under a Wind Advisory, as the storm could bring wind gusts near 50 miles per hour.