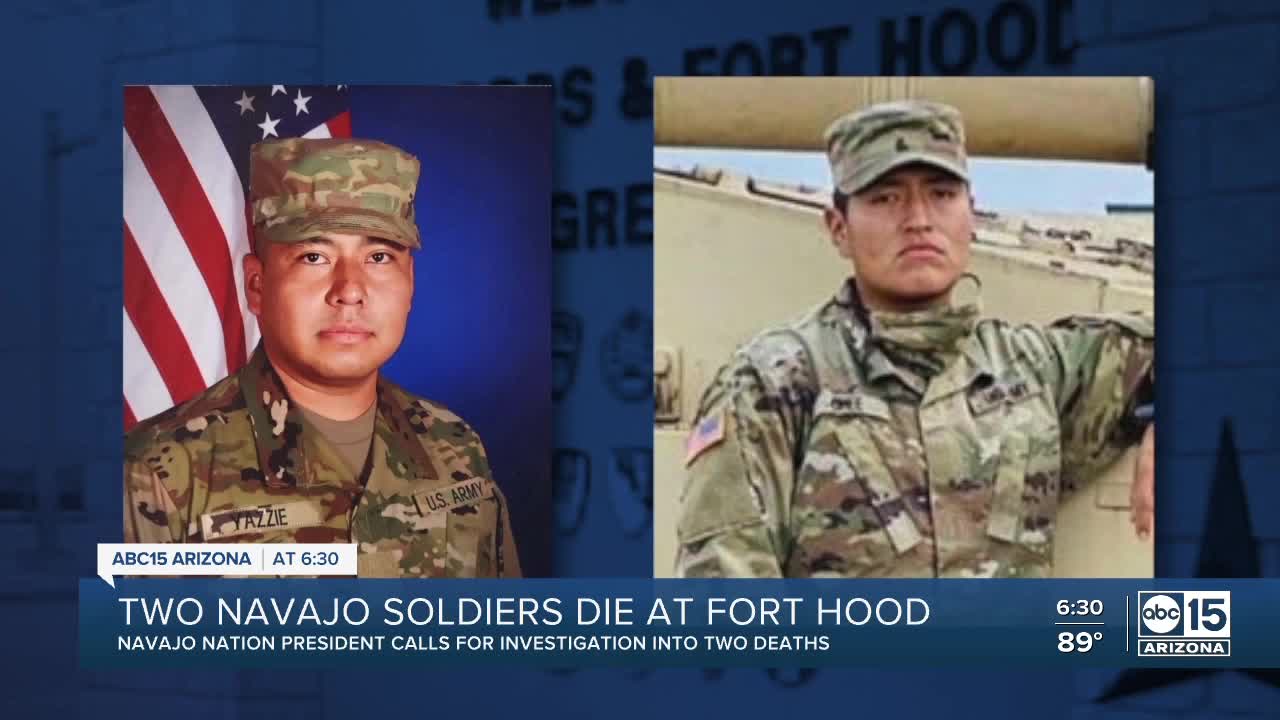 KILLEEN, TX — The Navajo Nation President is calling for an investigation into the death of two Navajo soldiers at Fort Hood Army Base.

Army Specialist Miguel Yazzie and Private Carlton Chee both died while at the Army Base in Killeen, Texas. Navajo Nation President Nez said both deaths need to be looked into to bring information and closure to family members.

"We are saddened by the loss of our warriors," said Nez. "We’re wanting to make sure that the families get their information and their questions answered, so that they can move toward healing and closure."

Nez and Navajo Nation Vice President Myron Lizer have issued multiple letters to members of the U.S. Congress asking for a congressional inquiry and formal investigation into the deaths of Spc. Yazzie and Pvt. Chee.

On July 3, Spc. Yazzie died while stationed at Fort Hood. He enlisted in the Army in 2016, served as an Air Defense Enhanced Early Warning System Operator and was previously stationed in South Korea. There is little information about his death.

Pvt. Chee died on September 2, after collapsing during a training exercise on August 28. His death marked the 28th death at Fort Hood in 2020. According to a GoFundMe page, Chee was a father, and is survived by his two young sons, his fiance, and many extended family members.

“On behalf of the Navajo Nation, we offer our thoughts and prayers for the families of Pvt. Chee and Spc. Yazzie. We spoke with the families of Pvt. Chee and Spc. Yazzie and they have many concerns and questions related to inconsistent information and details provided by military officials. It is very troubling that while they are mourning the loss of their loved ones, they are not receiving adequate and timely factual information regarding the time leading up to their deaths,” said President Nez in a press release.

Nez added that in speaking with family members for both soldiers, foul play is suspected by both families.

Congress has recently launched an investigation into the 28 deaths at the Army Base.

Recently, another mysterious death occurred when Sgt. Elder Fernandes' body was found 28 miles from Fort Hood. A medical examiner ruled the death a suicide. Sgt. Fernandes' family said he had recently reported being sexually assaulted not long before his death.