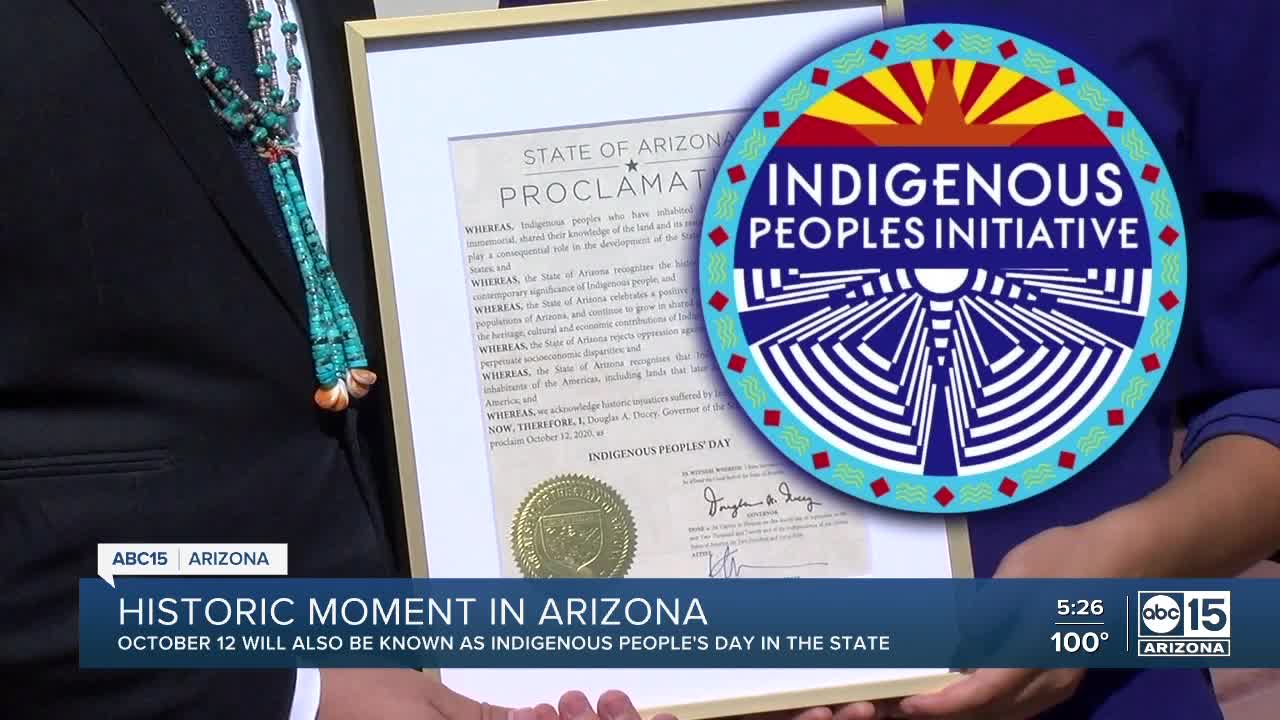 October 12 will be known as 'Indigenous People's Day' in Arizona. PHOENIX — A big first step for Arizona. Those behind an effort to declare October 12, or Columbus Day as Indigenous People's Day in Arizona, called this a huge milestone for a conservative state, under conservative political leadership.

Against a backdrop of racial tensions playing out across the country, Arizona Governor Doug Ducey made it official on September 4, by signing the Indigenous People's Day proclamation into effect. Native American leaders and youth behind the Indigenous People's Initiative expressed their gratitude for this bipartisan effort during a press conference held Tuesday morning, outside the Heard Museum that celebrates American Indian works of history and art.

"For too long, way too long, our stories were told for us. Today's proclamation acknowledges a flawed history. Sometimes a sad history but one that can be replaced by true respect and appreciation," said Governor Stephen Lewis, a leader of the Gila River Indian Community in the Valley.

Indigenous People's Day will not replace Columbus Day, but it will be observed simultaneously.

"It just shows that bipartisanship is possible and we hope to see this continue with future efforts," said Dylan Baca, president of the Indigenous People's Initiative, a youth-led movement that played an instrumental role in this effort.

"You are choosing to recognize a more accurate and positive narrative concerning Native Americans," added Baca.

Kylie Hunts-In-Winter, a 17-year-old student also involved in the effort said the realization that her history textbooks in school were not painting an accurate picture of how this nation was founded inspired her to get involved in the movement.

"Columbus Day is not what our true history is and it is not who we are. Indigenous people have been here for thousands of years, and we will continue to be here," said Hunts-In-Winter.

At a press conference celebrating the governor's action, Governor Lewis said, "We were not discovered. We were here on these lands when the United States was formed, before the constitution, and we remain on these lands as vital, thriving, and yes, resilient Sovereign Nations today."

The proclamation signed into effect rejects oppression against under-represented groups, recognizes Indigenous people as the first inhabitants of the Americas, and acknowledges the historic injustices suffered by Indigenous people.