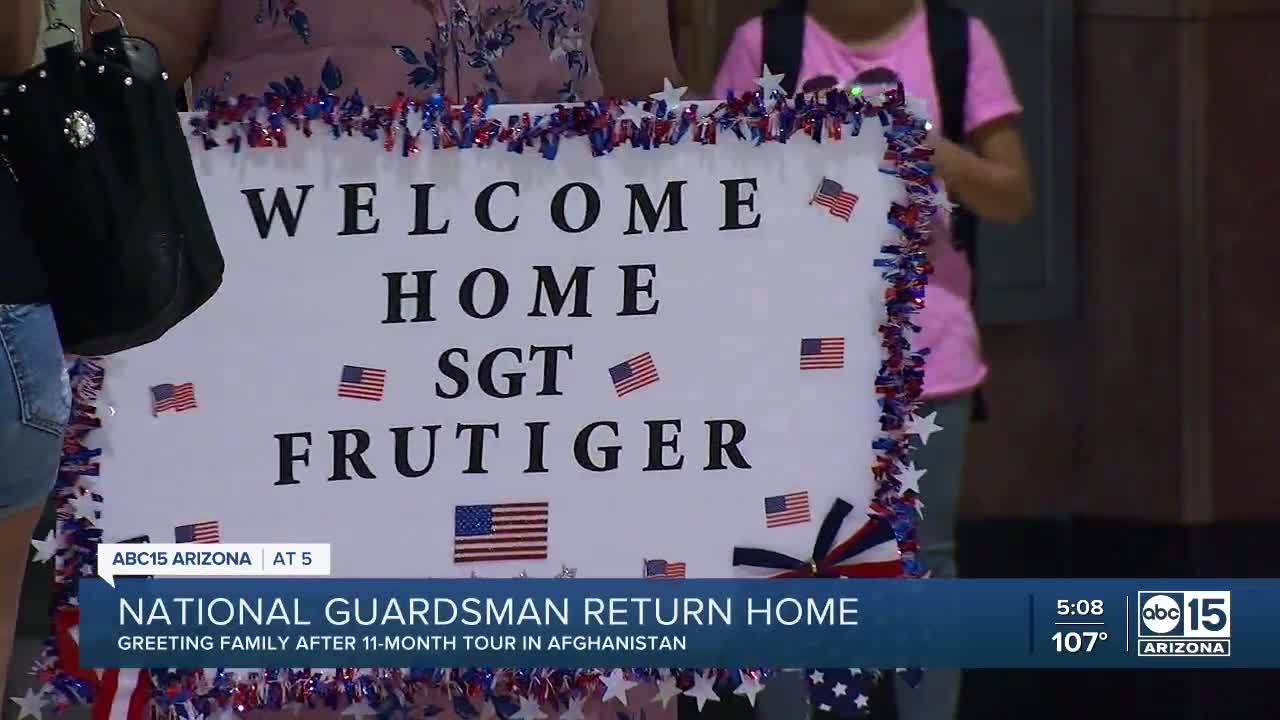 Tears and hugs at Sky Harbor International Airport as Arizona troops reunited with their families after nearly a year in Afghanistan.

"The goodbye was tough," said Nicolette Hammond waiting in Terminal Four for her husband Chris Hammond. When asked what she'll say to her husband when holding him for the first time in 11 months, she said. "Probably not many words, just hug him and bring him home."

"MEDEVAC Unit is critical to get the soldiers back from the point of injury to where they can receive medical care," said Brigade Commander Jeremy Pfeifer.

An emotional reunion for the Hammond family who kept to their word with very little words when seeing each other.

"We just grabbed each other," said CW4 Chris Hammond. "It was my fourth deployment but it was my first being married. So it was different than the other ones."