MCSO: Man rescued from western Arizona mine shaft after being trapped for days 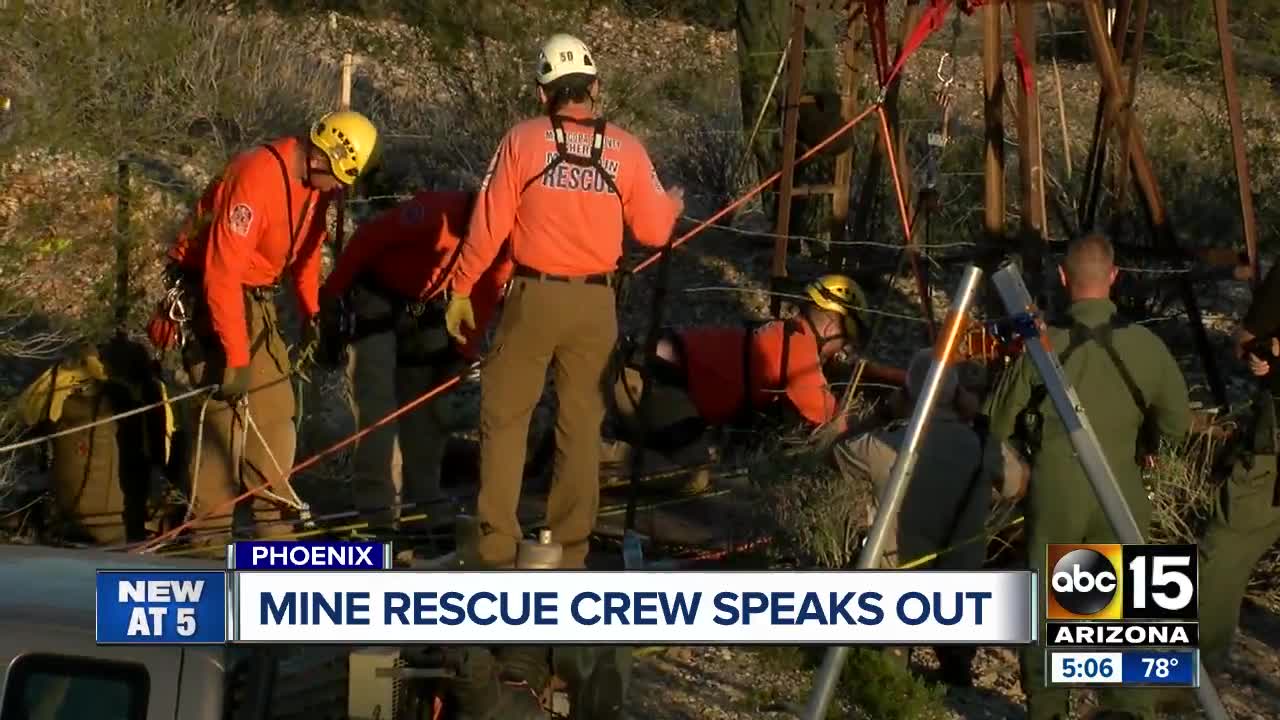 A man was trapped in an Arizona mine for three todays. On Thursday, we heard from the team who helped rescue him. 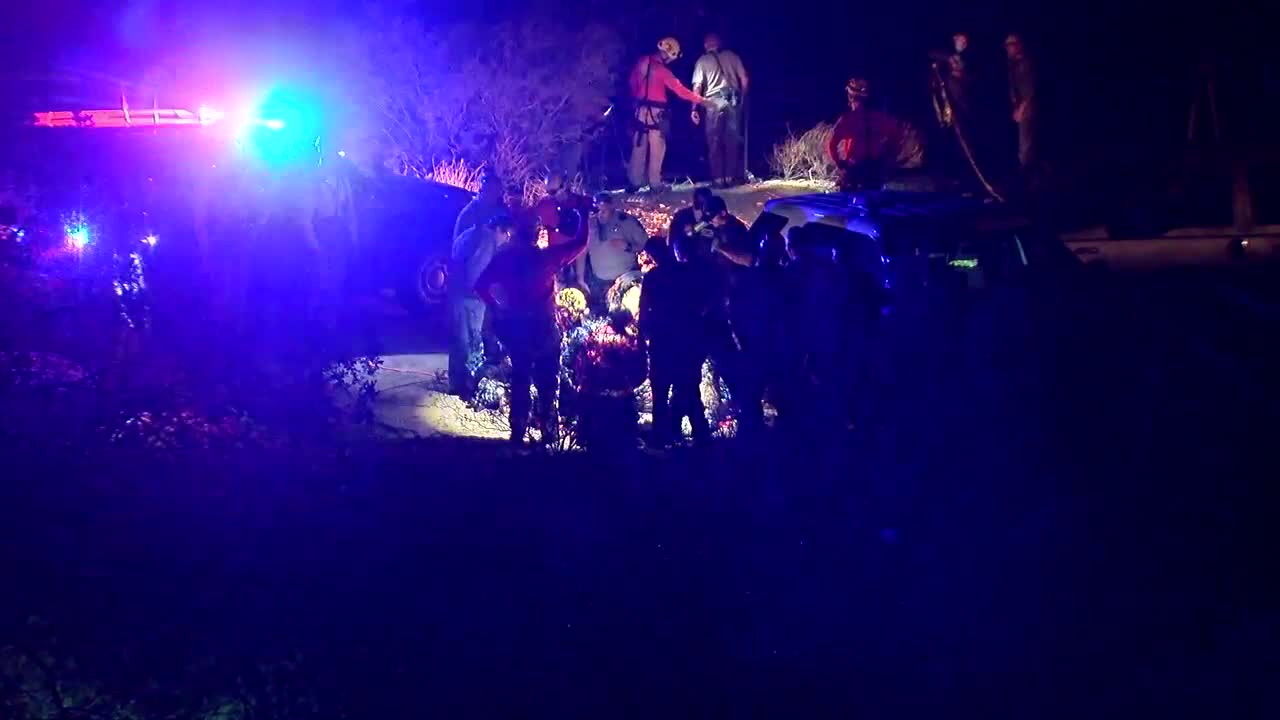 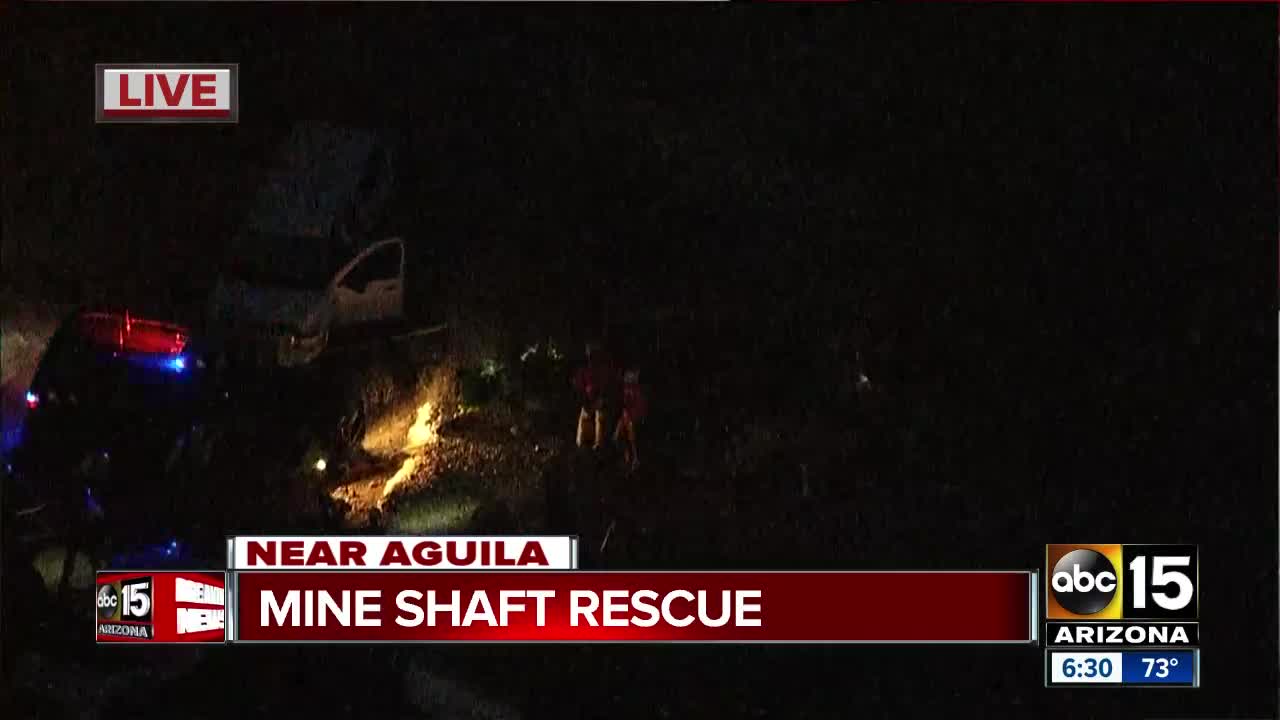 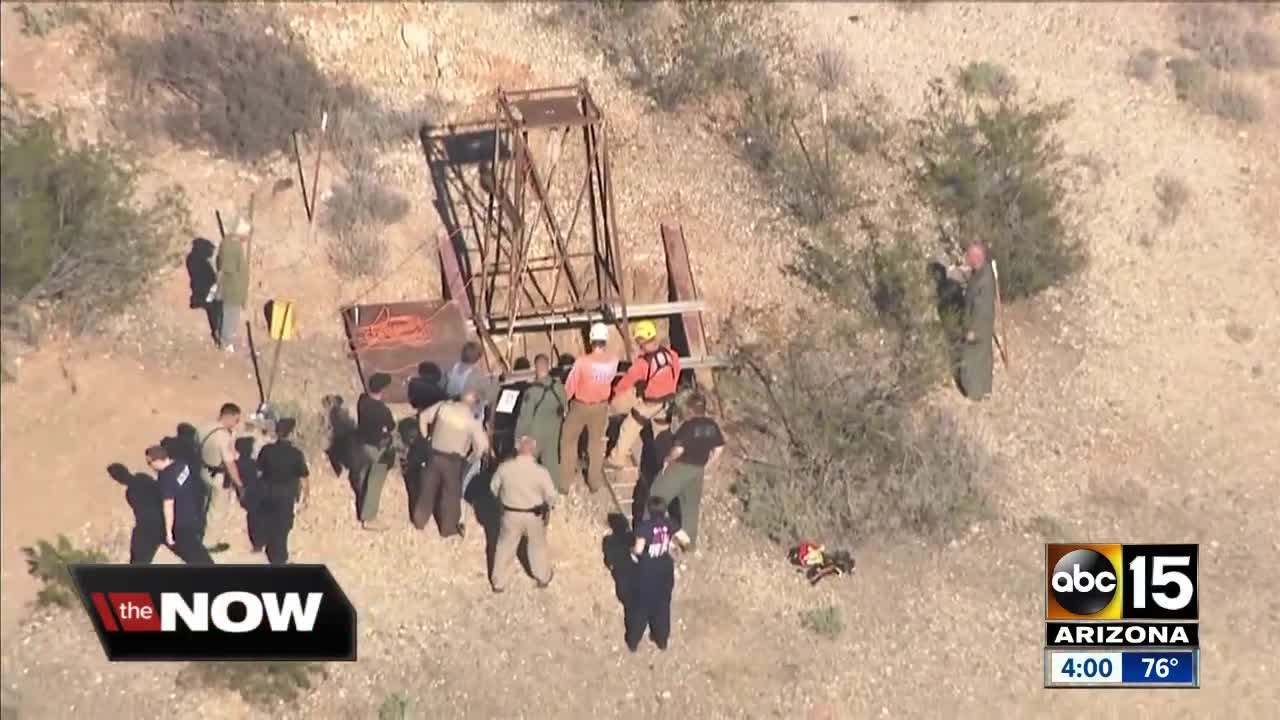 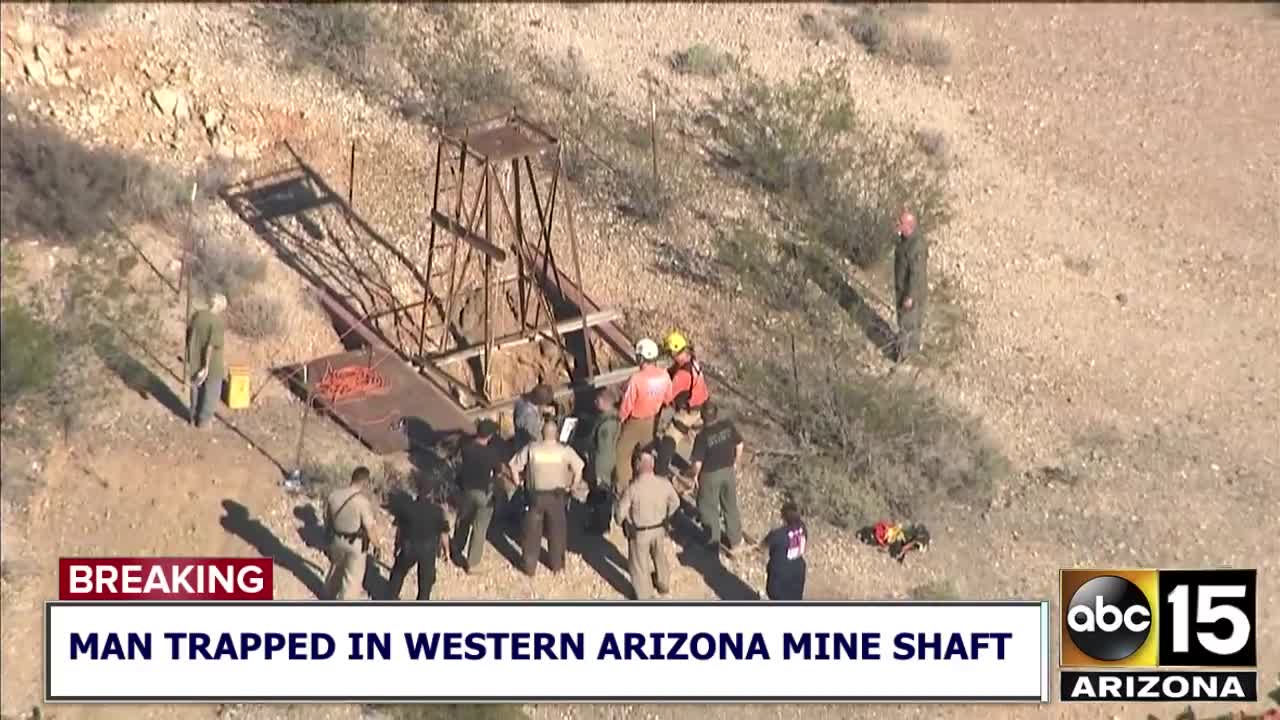 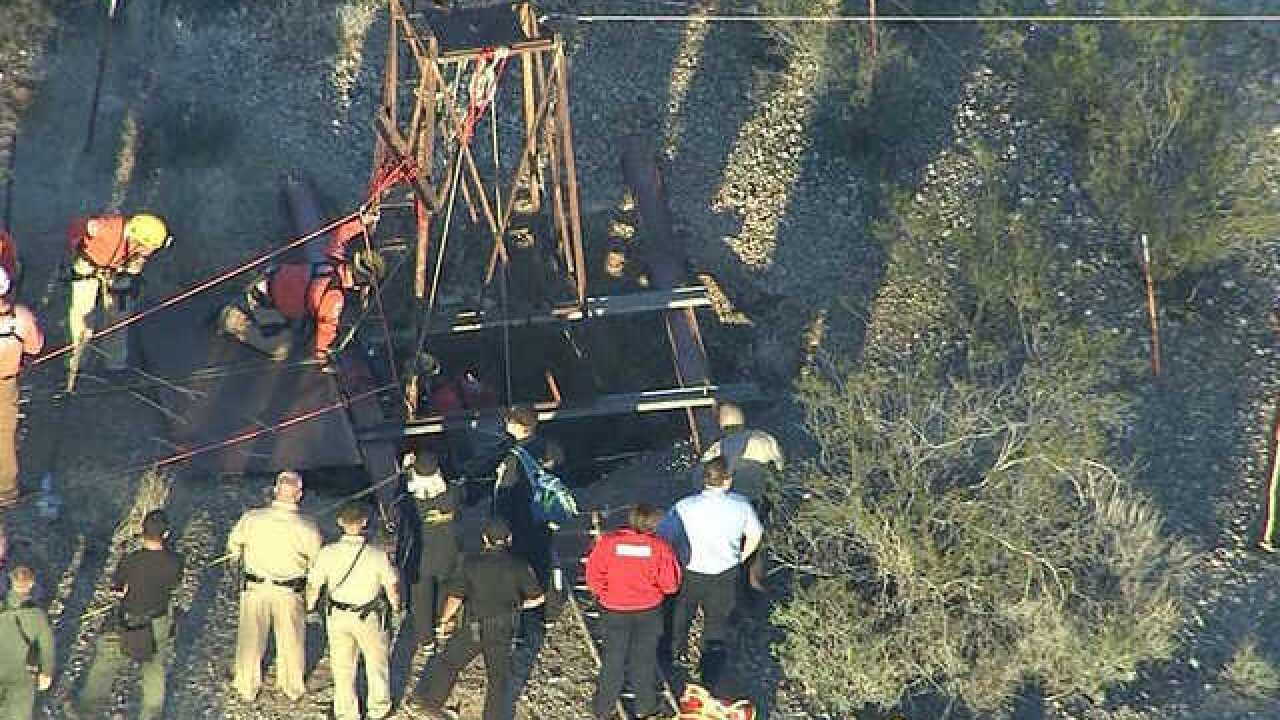 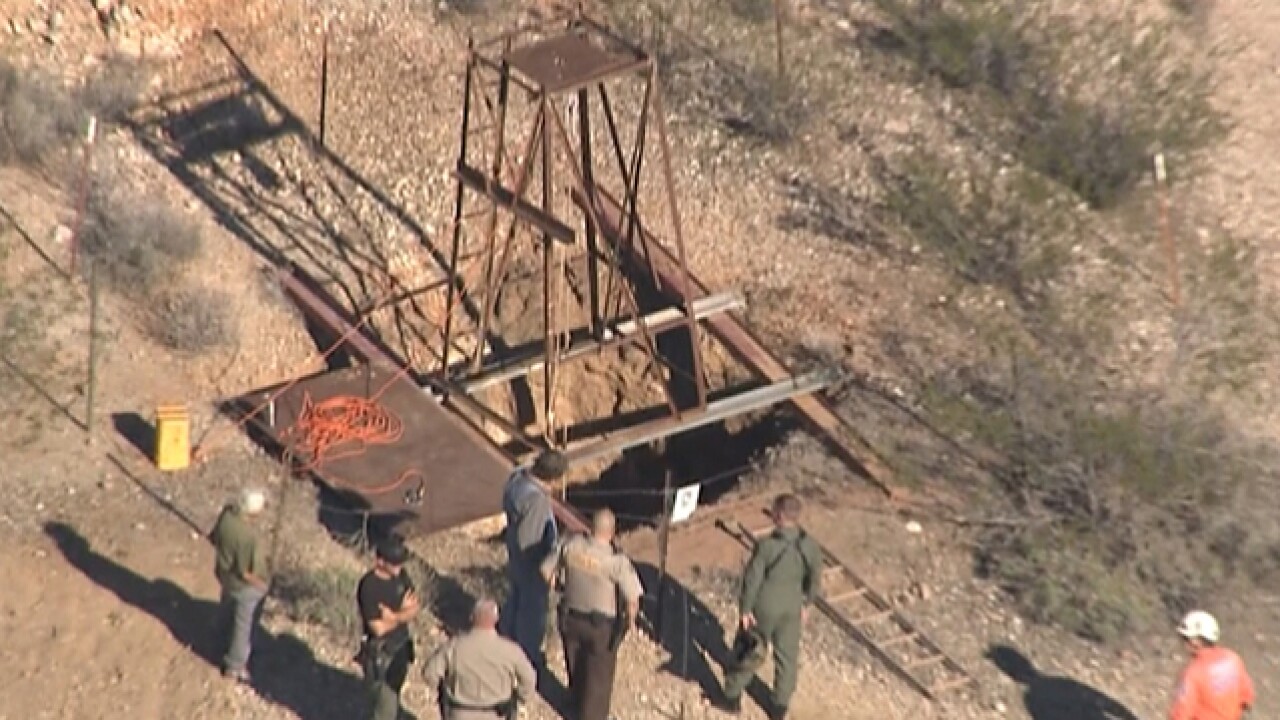 Crews from the Maricopa County Sheriff's Office rescued a man who was trapped in a mine shaft in western Arizona since Monday.

According to MCSO, the man fell into the 100-foot-deep shaft on Monday but was not located until Wednesday. His friend found him in the area of Eagle Eye Road and milepost 13, which is about 35 minutes south of Aguila.

He was airlifted from the scene to be treated for non-life-threatening injuries.

“He’s got both artificial knees. One of them is messed up,” said friend Terry Shrader.

Despite surrounding caution signs, Waddell was alone when he fell into the 100-foot gold mine shaft Monday.

“The carabiner broke I guess, and he supposedly fell 40 to 50 feet,” Shrader said. After the fall, Shrader says Waddell found himself trapped -- and with several rattlesnakes around him.

Shrader has been friends and neighbors with Waddell for eight years, and it was a pact the two had that saved Waddell’s life.

“He called me Monday and told me he was coming to the mine. And we always had a deal, if he is not back by Tuesday [to come check on him].”

Waddell never came back, and Shrader had a bad feeling.

“Since he didn’t come home yesterday, I was bound determined to come out here today,” he said, expressing guilt he did not check sooner.

His fear was confirmed.

“As I pulled out my truck I could hear him hollering. 'Help, help!'”

Shrader quickly drove out of the desert to get service.

“I did get enough [service] that the deputies were on their way,” he said.

The mountain rescue team also came. The team of more than a dozen hooked up hundreds of feet in rope, created a pulley system and worked for more than six hours to get Waddell out.

“I’ve been around a few rescues, but never anything like this," Shrader said.

Despite the screams of pain from Waddell once he was pulled out, Shrader said, "he's a tough guy."

Banner – University Medical Center said Thursday that Waddell is in good condition, recovering at the hospital with loved ones.

It took hours, but rescuers pulled a 62-year-old father out of a 100-foot gold mine shaft this evening.
He fell on Monday and was trapped for 48 hours before a friend checked on him.
Hear from that friend at 10...AND how the man handled 3 rattlesnakes in the mine with him! pic.twitter.com/fmswVnCVur

The victim that was rescued from the mine shaft today was airlifted to a local hospital with non life threatening injuries. He is a male in his 60’s and we are looking forward to his recovery. Great outcome today with all MCSO and law enforcement partners.