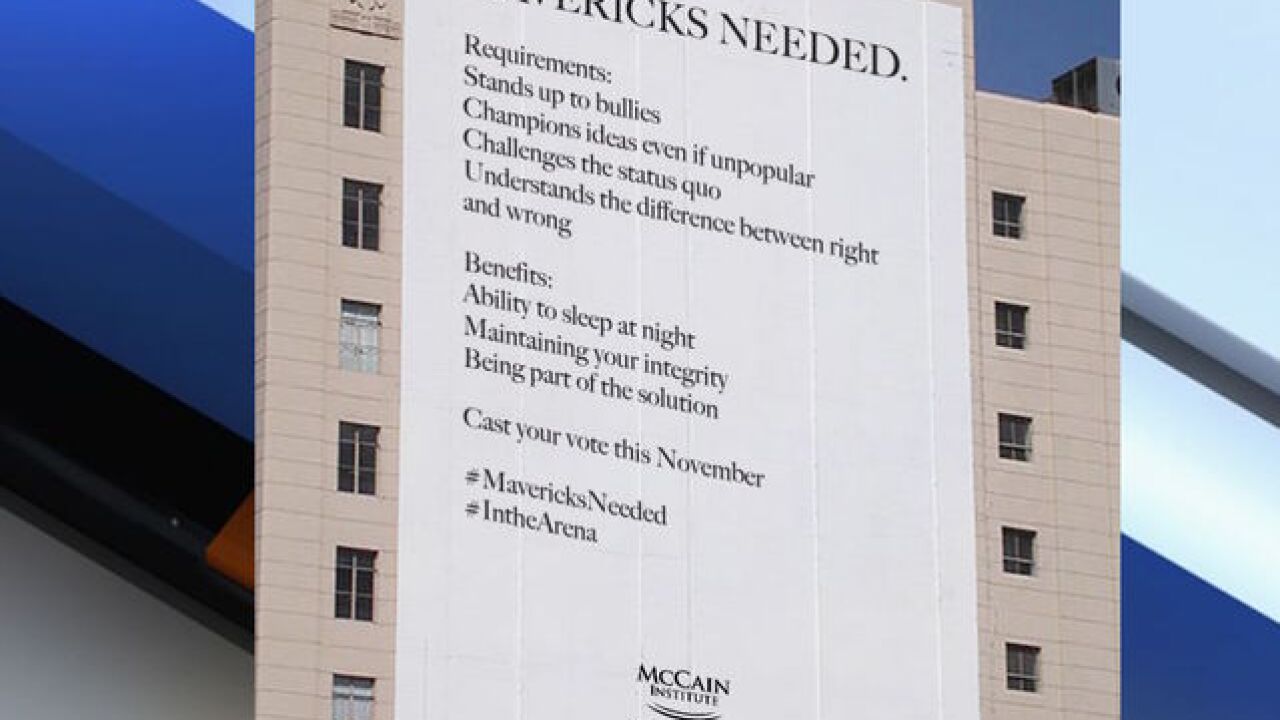 Copyright 2018 Scripps Media, Inc. All rights reserved. This material may not be published, broadcast, rewritten, or redistributed.
Courtesy McCain Institute

A nonprofit named for the late Sen. John McCain is calling for "mavericks" like him to vote in the Nov. 6 election and focus on human rights around the world.

The McCain Institute for International Leadership, led by his widow, Cindy, is launching a nonpartisan ad campaign Tuesday designed to spread that message, especially to young people. Cindy McCain says in the announcement video that human rights are American values "and it's time to fight for them again."

FULL SECTION: The life and legacy of Sen. John McCain

The rollout includes McCain's voice calling for people to stand up for each other.

McCain was tortured for five years in a North Vietnamese prison and made human rights a signature issue during more than three decades in Congress. He died Aug. 25 from brain cancer at age 81.