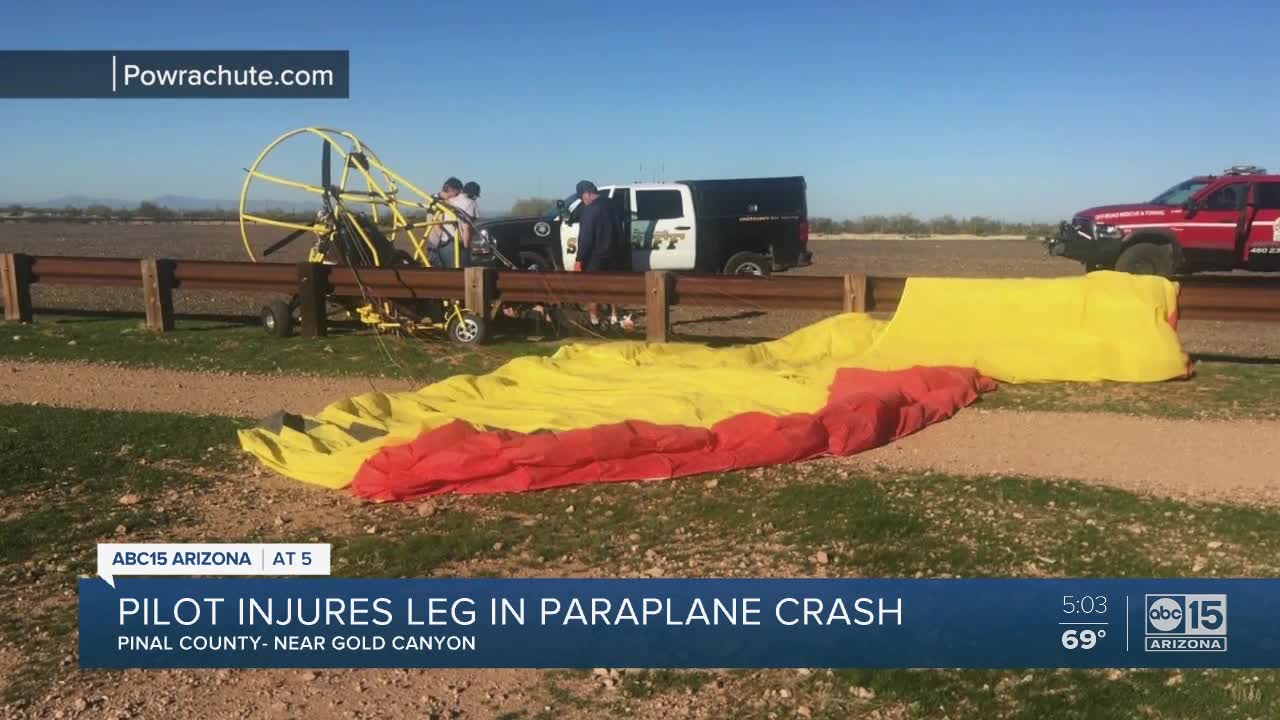 Pilot expected to be okay after crash in Pinal County Saturday. 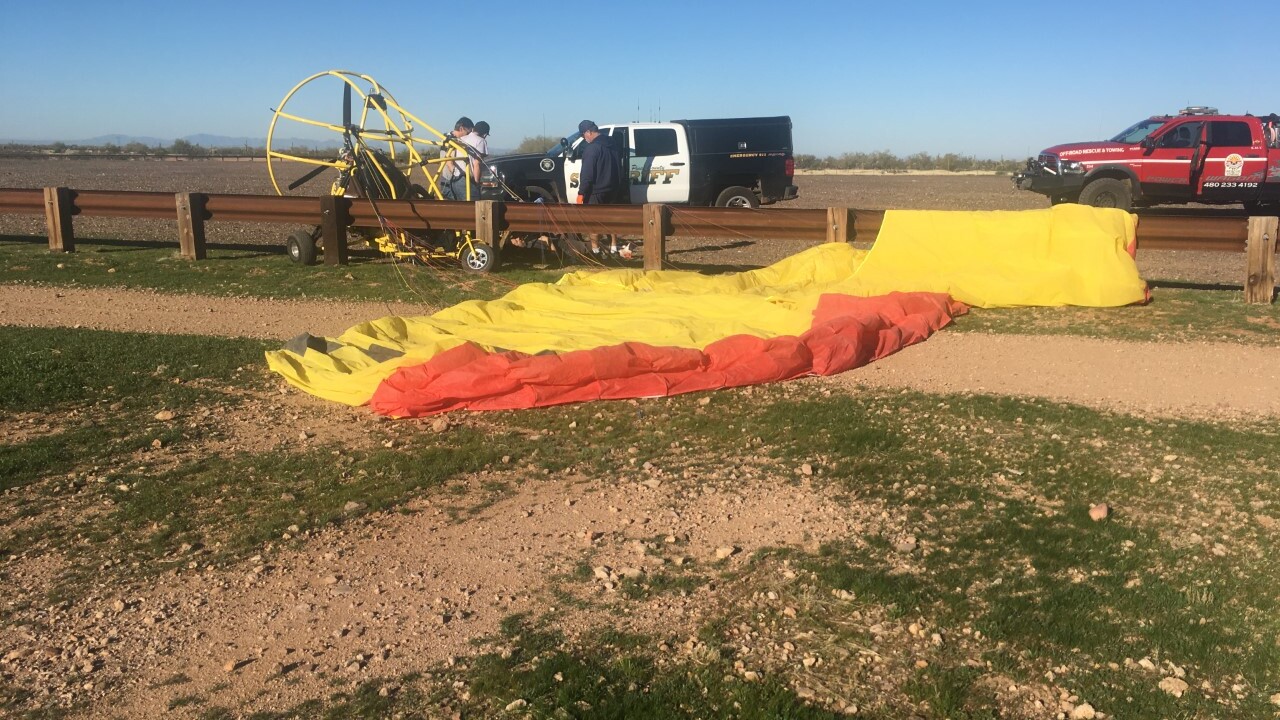 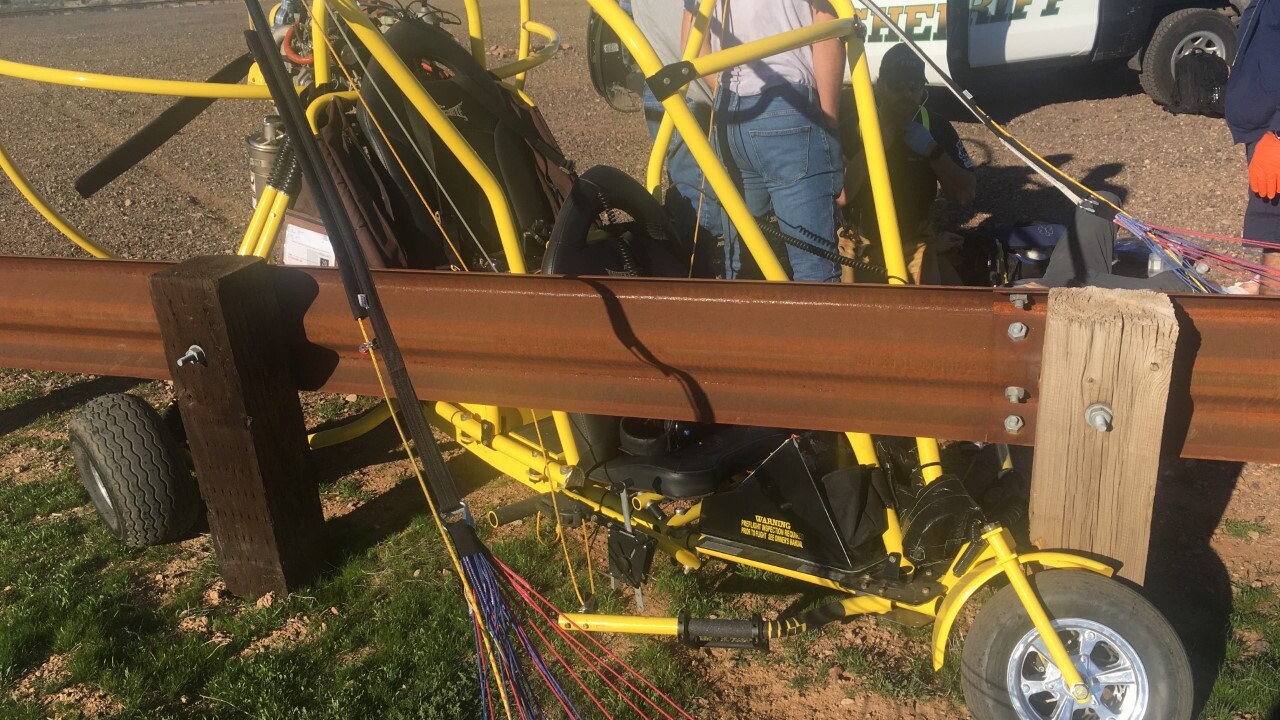 It happened in the Desert Wells Recreation Area near Gold Canyon, east of the Valley.

Authorities says the pilot, a 50-year-old man, suffered a fractured leg when the paraplane hit a barrier. It appears the aircraft did not get high enough off the ground which caused the incident.

The pilot's current condition is unclear. Authorities said he was the only person on board.

The Federal Aviation Administration has been called out to investigate.

Stay with ABC15 News and ABC15.com for updates.