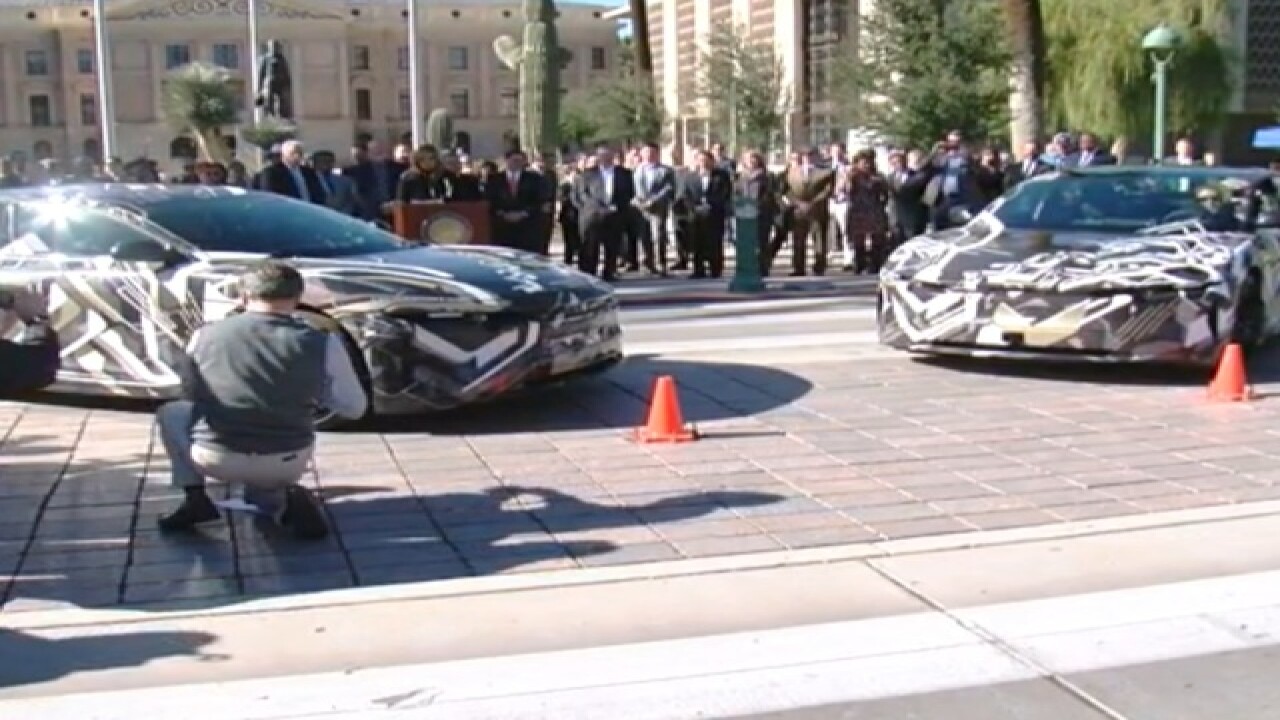 Lucid Motors, a luxury mobility company, will build a manufacturing plant in Casa Grande and bring with it 2,000 jobs, Arizona Gov. Doug Ducey and Lucid Motors announced on Tuesday.

"This is a very exciting day," said Ducey

Lucid Motors said it expects to begin production on its luxury electric car in 2018 and have a staff of 2,000 by 2022. It also expects to invest $700 million in the facility.

The company made a commitment to hire veterans, said Ducey.

The automaker researched more than 60 sites in 13 states for its plant and chose Arizona.

"There are many reasons we chose you," said Brian Barron, Lucid's director of global manufacturing. "Chief among them is for the true commitment you’ve shown us from the beginning. We chose Arizona because you showed genuine interest in our company from the onset, because you negotiated in fairness, and with understanding."

Development of the plant and hiring is expected to begin in 2017, said Ducey's communications office in a media release.