Legislation to provide relief for kids struggling with dyslexia 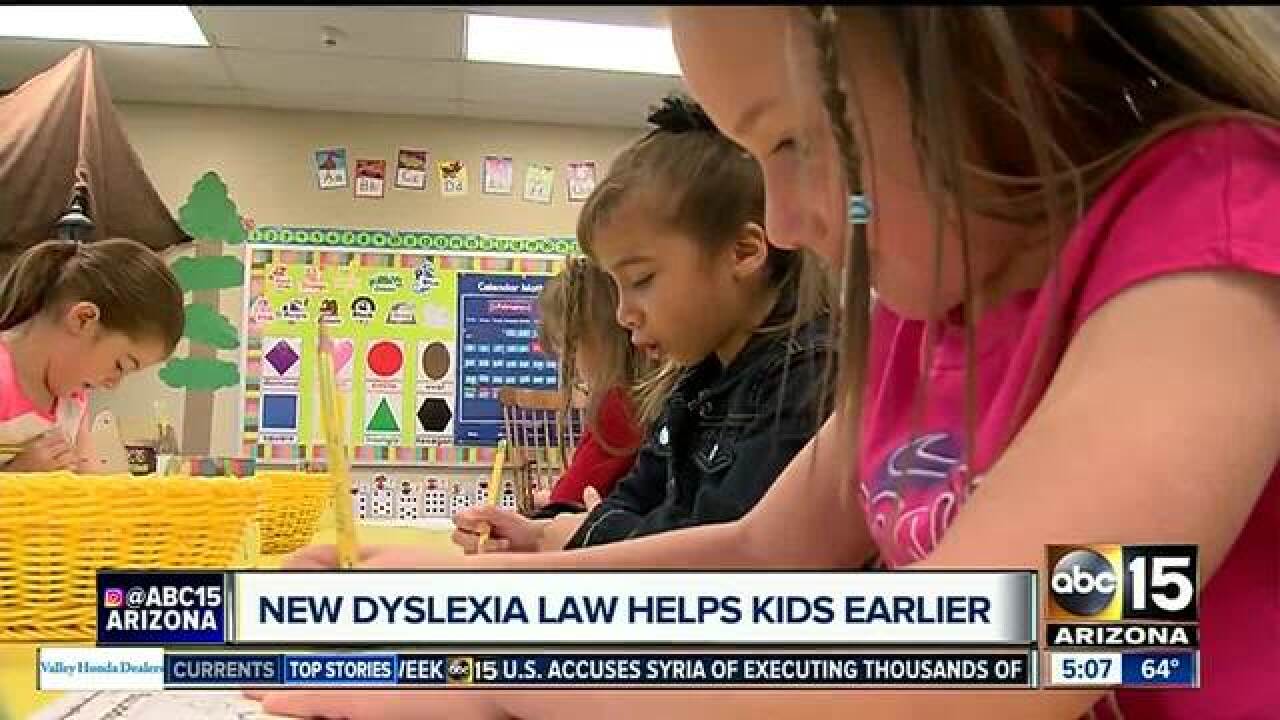 Relief is coming for kids struggling with dyslexia now that Governor Doug Ducey has signed a law to help schools better identify and work with those students to excel.

Until now, there was no standardized check or response in Arizona.

Arizona is only the 15th state to create a handbook to help schools identify traits of dyslexia. The handbook also outlines changes that can be made in how these students learn like taking tests with computers rather than handwritten tests or implementing more visual lessons.

Congresswoman Jill Norgaard championed the bill after learning how many kids are often misdiagnosed and end up acting out because they can't process letters and are branded as slow learners or trouble makers.

She says 15%-20% of the population has signs of dyslexia but many people don’t figure out the issue until high school or adulthood and she wanted to change that.

"When they're 3 and 4 they'll memorize things but when they get into second and third grade reading problems and story problems then we start to see a slide of the kids where they don’t understand, they can't read." said Rep. Norgaard.

The handbook lists warning signs that parents can use as well:

The handbook is available to every school and the state is determining how best to teach the teachers or whether to have specialists implement testing. A preschool in the Kyrene School District will be a test site as the first in the nation to start identifying the disorder at such an early age.