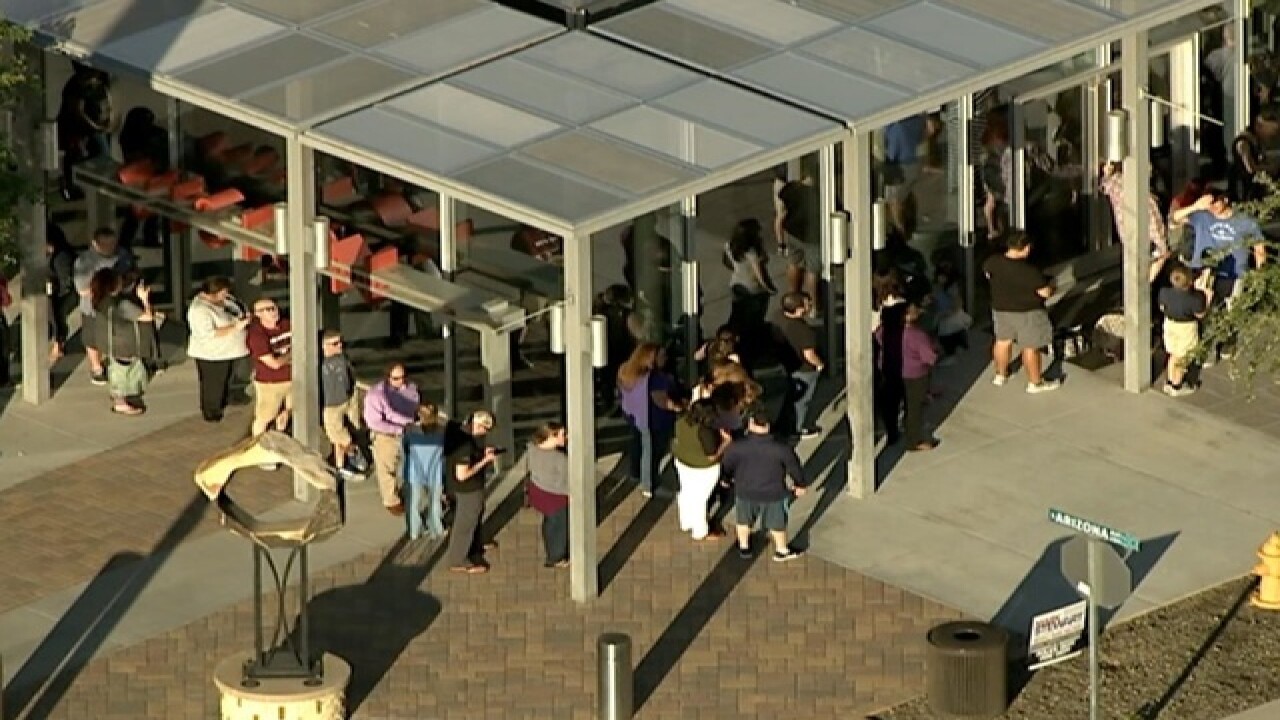 Valley voters waited hours to cast ballots in what was the final day of in-person early voting before Election Day.

Voters at the Tempe Library near Southern Boulevard and Rural Road were standing in line for as long as four hours on Friday. Long lines were also reported in Chandler and Scottsdale.

One Tempe man, Jonathan Davis, even ordered pizza while he waited in line with his young daughter.

"I came here with my 4-year-old daughter and she made it three hours," Davis said. "Clearly [there's a long wait] because they staffed four people at computers and had two printers."

For some who expressed their frustration with the wait on social media, the long lines brought up memories of this spring's presidential preference election which saw people wait in lines for hours to cast ballots and was roundly criticized for underestimating voter turnout for both Republican and Democratic candidates.

"I walked in a little past lunch time and now it's dinner time," voter Dylan Wright said.

The longest part seemed to be the voter identification checks.

Maricopa County recorder's office spokeswoman Elizabeth Bartholomew says one reason is that six of the 25 polling sites are city buildings that close on Fridays.

She says there were similar long wait times in the county during the 2008 general election.

Officials say long lines didn't materialize until Wednesday. Those in line by the closing time of the polls Friday were still allowed to cast an early ballot. For most locations, that was 5 p.m. For a full list, click here.

As of Friday afternoon, Maricopa County Recorder Helen Purcell said her office had already received one million ballots cast in advance of the November 8 election.

We've already received back over 1 MILLION early ballots! Great
turnout for the General Election so far! Will continue to process & tabulate