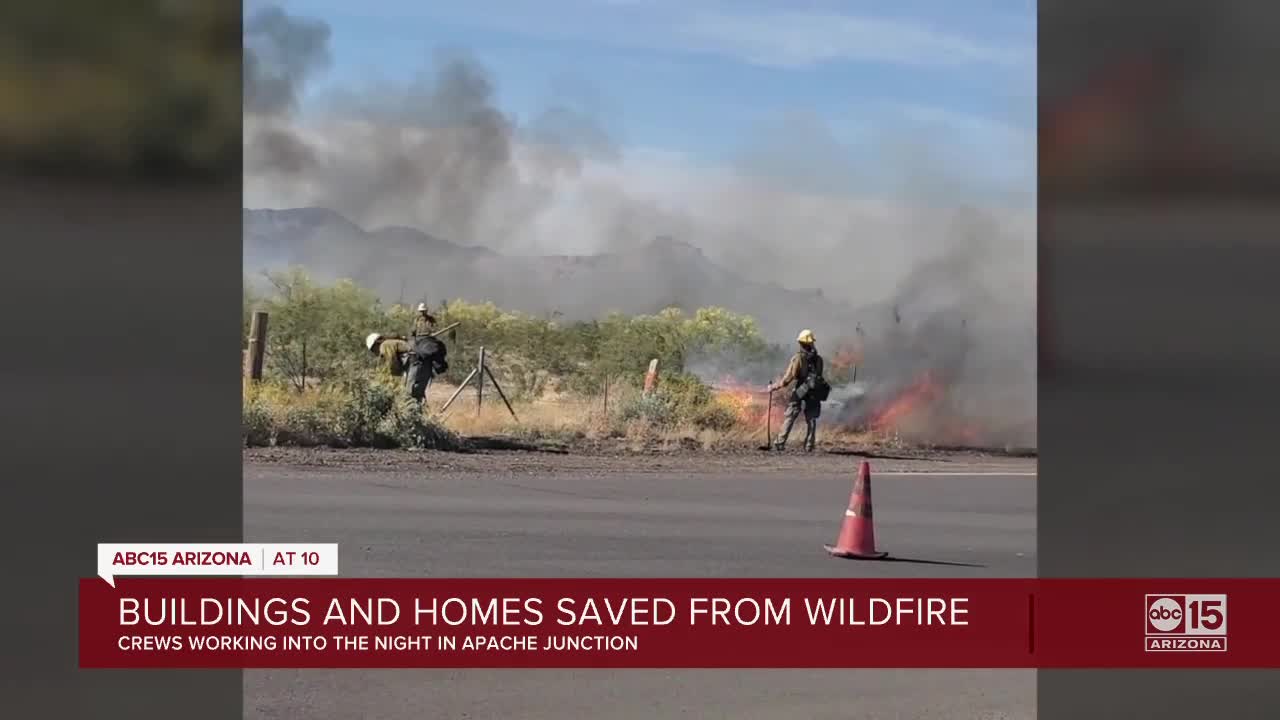 Crews working into the night in Apache Junction. 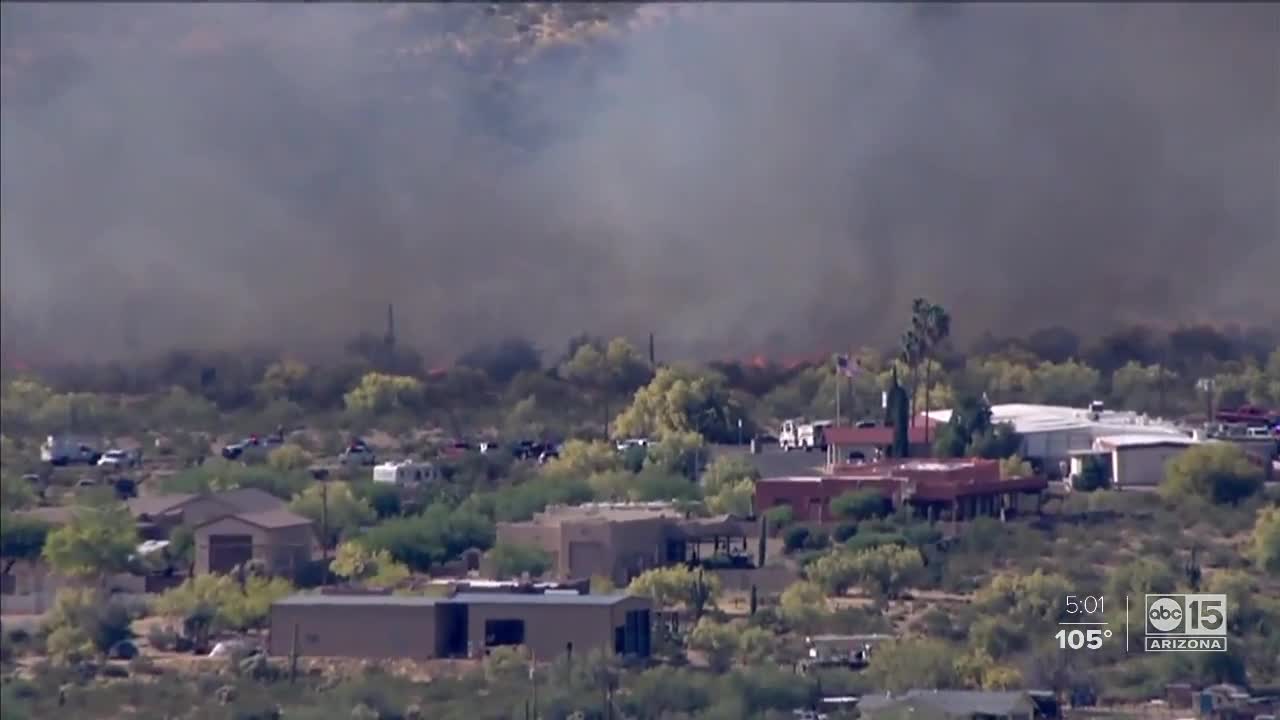 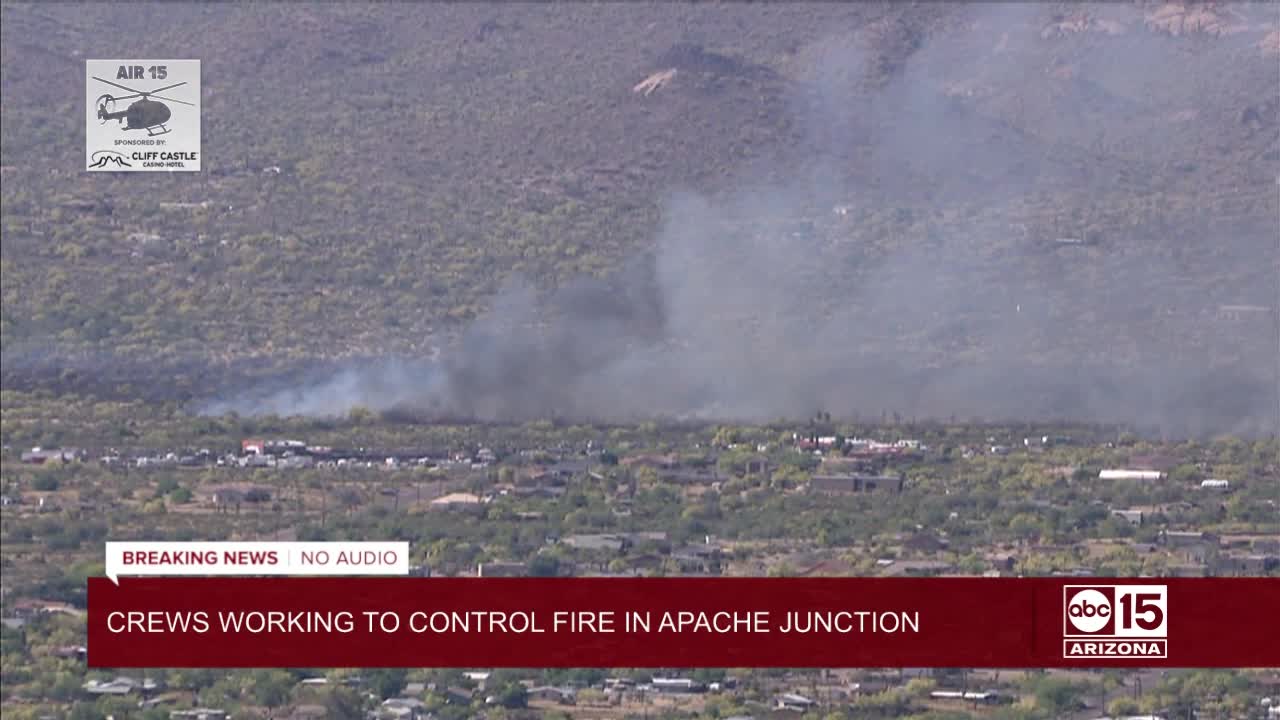 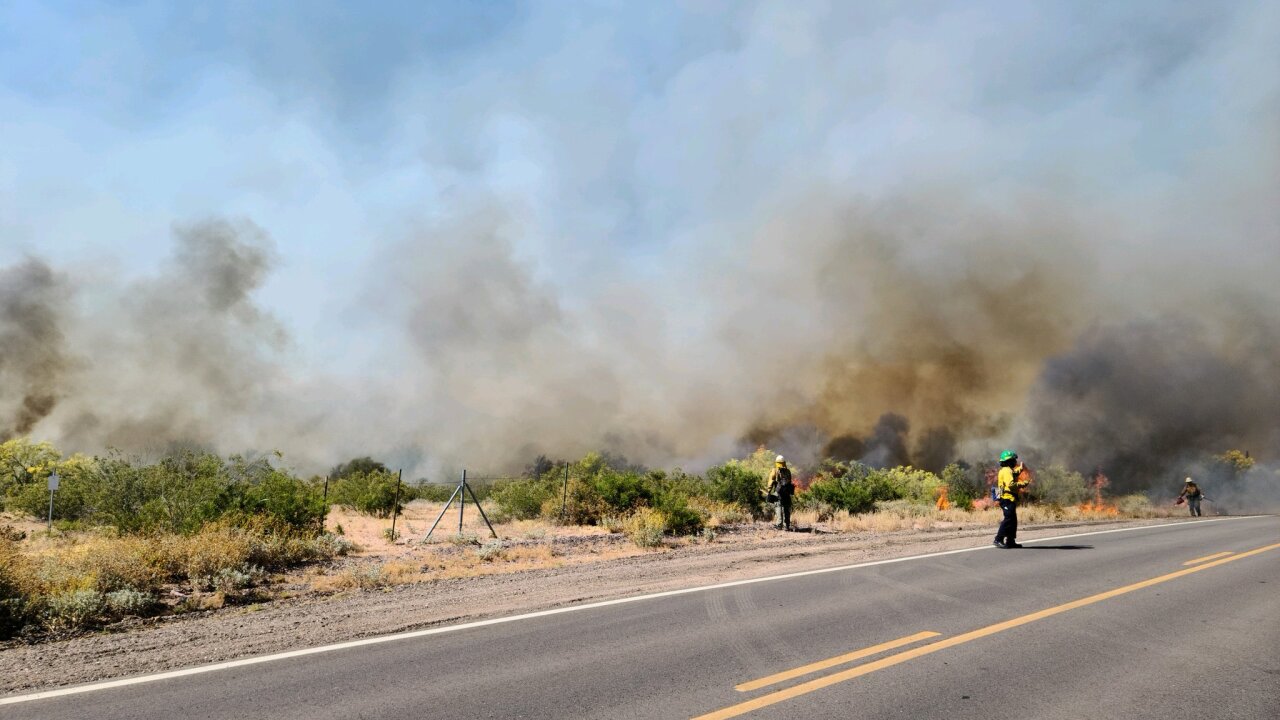 Officials say the Lost Dutchman Fire has burned an estimated 260 acres as of Friday night.

#Breaking SFMD & MFMD are on scene of a 3rd Alarm Brush Fire that has jumped the initial fire break near State Route 88 in Apache Junction. State Wildland has ordered air attack with crews on the ground. Homes are being threatened and the fire is moving north. pic.twitter.com/m0Hf2TwkaJ

Apache Junction police say nearby homes on Hackamore Road were evacuated while fire crews worked to contain the blaze. Those evacuations were lifted late Thursday night.

About an hour after the Lost Dutchman Fire was reported, a second fire sparked less than two miles away. Officials battled both fires from the ground and air.

UPDATE - #LostDutchmanFire is 10% contained & has been gps’d at 221 acres. All evacuations have been lifted. SR 88 & other impacted roads are reopened. Multiple engines will remain on fire to monitor overnight. Thanks to @TontoForest for pic. ApacheJunction #AZFire #AZForestry pic.twitter.com/GGoJrqANr1

Watch video from the scene below.