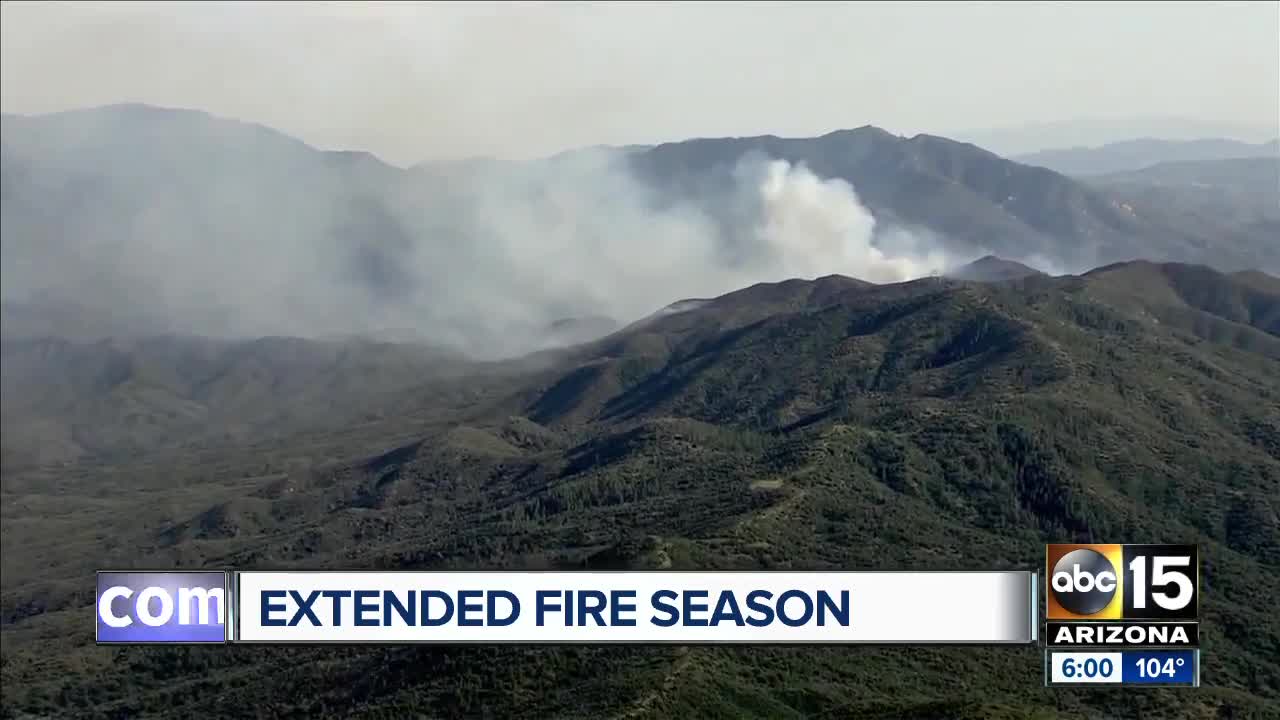 As of August, more than twice as many acres had burned in Arizona than in 2018. 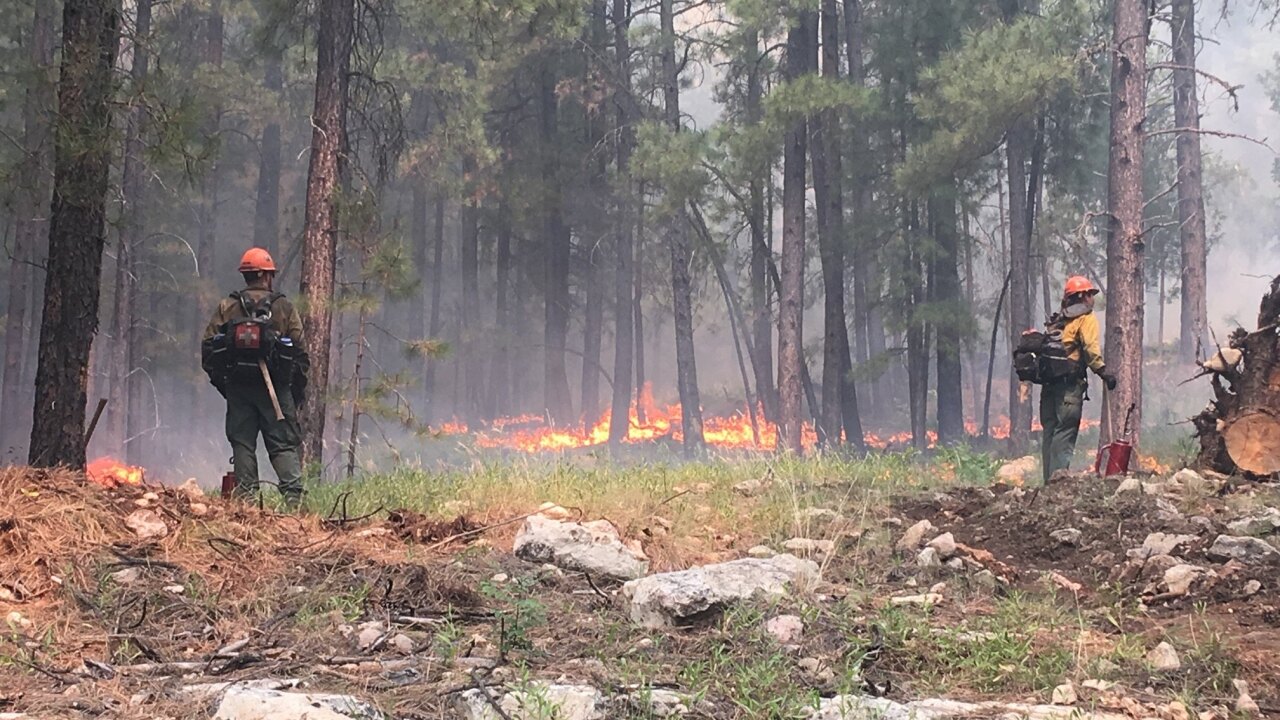 PHOENIX — Lots of dry brush and a lack of substantial rain during the monsoon has fire crews across Arizona dealing with an extended fire season.

Currently, there are eight 'large' fires burning in Arizona, the 3rd most in the country, according to the National Interagency Fire Center.

"We would be very happy to have some rain right now to provide some relief in many aspects," said Dolores Garcia with the Bureau of Land Management.

Lots of rain in the winter months brought significant new growth, which has dried out and remained a hazard in the absence of an abundance of rain.

"This is probably one of the longest seasons we've had, most extended, with potential for very active fire behavior," Garcia said.

According to numbers from the BLM, as of this August nearly twice as many acres burned statewide compared with all of 2018. However, Garcia says those numbers can be misleading as there are many positives to some fires. She used the Sheridan Fire near Prescott as an example.

"The forest utilized a natural ignition, a lightning strike, to help clear some of the vegetation that was very overgrown in some areas and to bring nutrients back to the soil," she said.

Garcia says the extended season could see the agency keep its elevated summer staffing later into the year.

"When those fires are occurring it's 14, 17 days working 14 to 16 hour days so that does put a toll on your firefighters," she said.