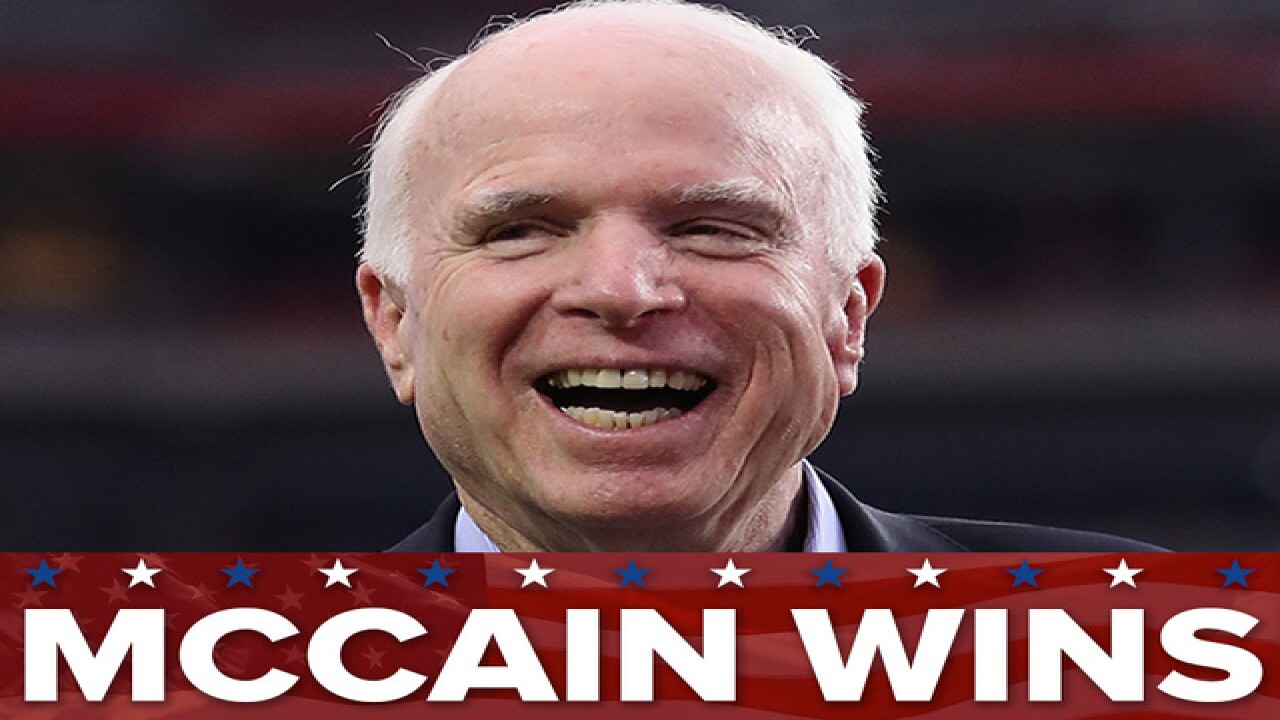 McCain, the 2008 Republican presidential nominee, was reelected to his sixth U.S. Senate term.

This came after a stiff challenge from fellow Republican Kelli Ward in August's primary.

"I've never been more honored by anything than the privilege of representing you in the United States Senate," McCain said during his victory speech. "Every life has its ups and downs, and I've had a few of my own. But no setback has ever mattered anywhere near as much in the balance of my life as the public trust you've granted me.

"I promise you, I will work as hard as I ever have, use all my knowledge and experience and relationships, and extend an open hand to our new president and my colleagues on both sides of the aisle to solve our problems together as fellow Americans, who have more in common than we have differences. Most of all, we have our citizenship in common, and that is a blessing we should honor by treating each other with respect."