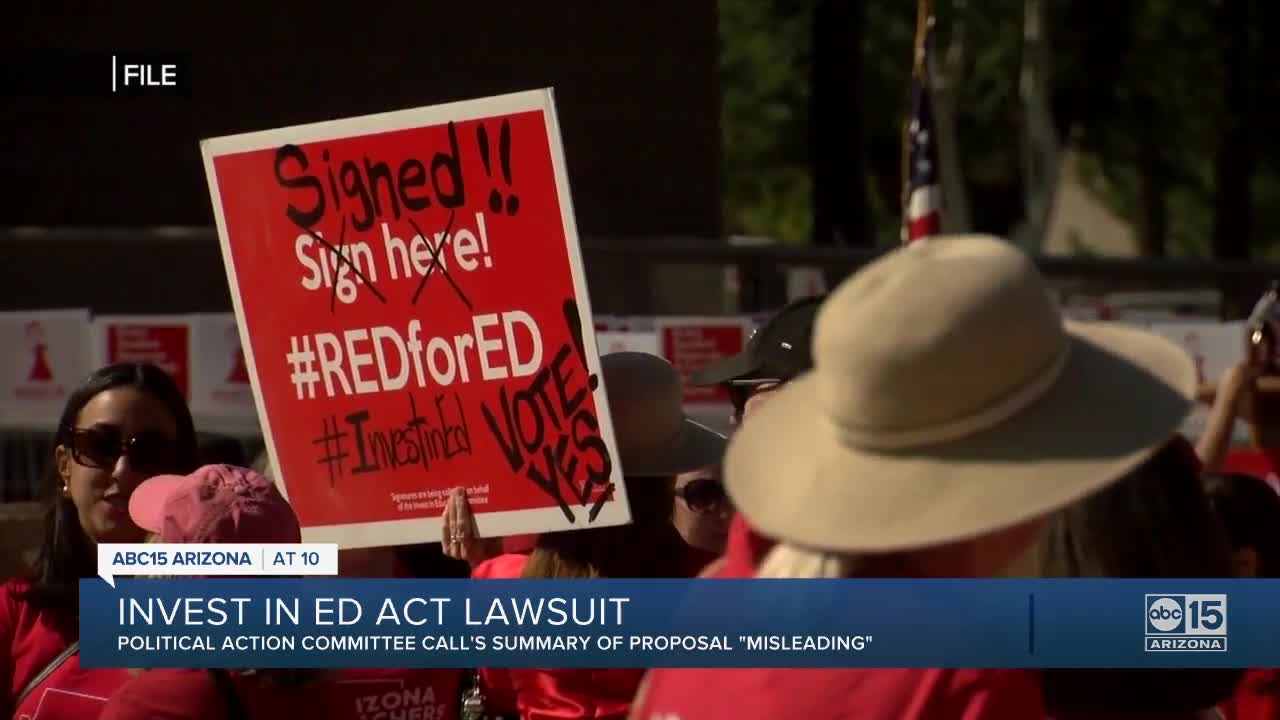 The Invest in Education Initiative is battling a familiar lawsuit in their road to the ballot this November.

The Invest in Education Initiative is battling a familiar lawsuit in their road to the ballot this November.

Arizonans for Great Schools and a Strong Economy, a political action committee funded by the Arizona Chamber of Commerce and Industry, is suing the initiative, claiming the summary on the petition is misleading. The group with the same action that ultimately prevented a similar Invest in Ed Initiative from reaching the ballot in 2018.

"We're claiming with the court, just like last time, It does not purport to explain the actual impact that this will do," said Jaime Molera, the leader of the campaign against the Invest in Ed Initiative, and plaintiff in the lawsuit. Molera claims that the tax will hurt small business owners who file taxes on behalf of their business, who make in excess of $250,000, or $500,000 per couple.

Two of the claims in the lawsuit against the act read:

"Small businesses, when they file, most of them file as LLC's," said Molera. "They file individual income taxes. So if you have small businesses that are generating that kind of money, and under the levels that they're wanting to tax, this would take Arizona to one of the highest income tax states in the country."

According to the United States Small Business Association, in 2016, the average income for Arizona small business owners was $48,698.

"It is absolutely false," said David Lujan, Director for Arizona Center for Economic Progress. "There will not be one business in Arizona that will pay additional taxes with Invest in Ed."

The Invest in Education Act would reportedly raise more than $900,000,000 to support K-12 education.

"It's going to perhaps tax the income of a few wealthy small business owners, but again those are not your mom and pop businesses," said Lujan. "We knew that our opposition is going to try everything they can to knock us off the ballot."