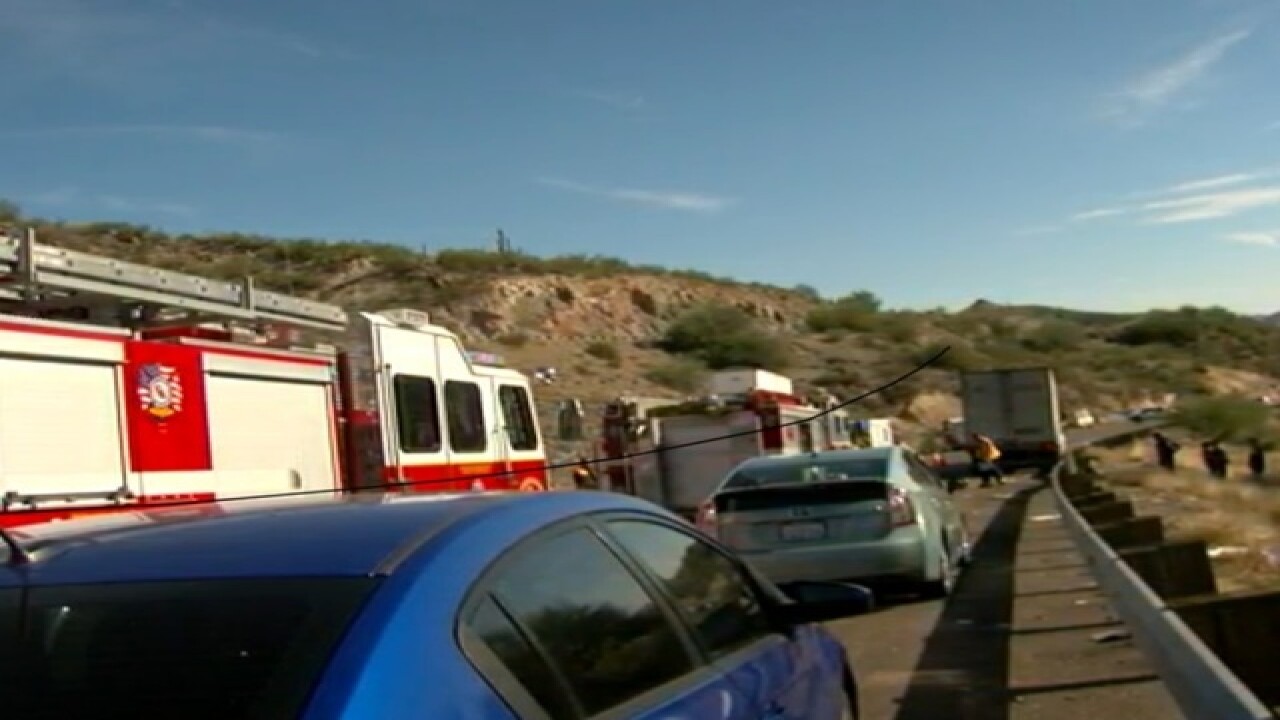 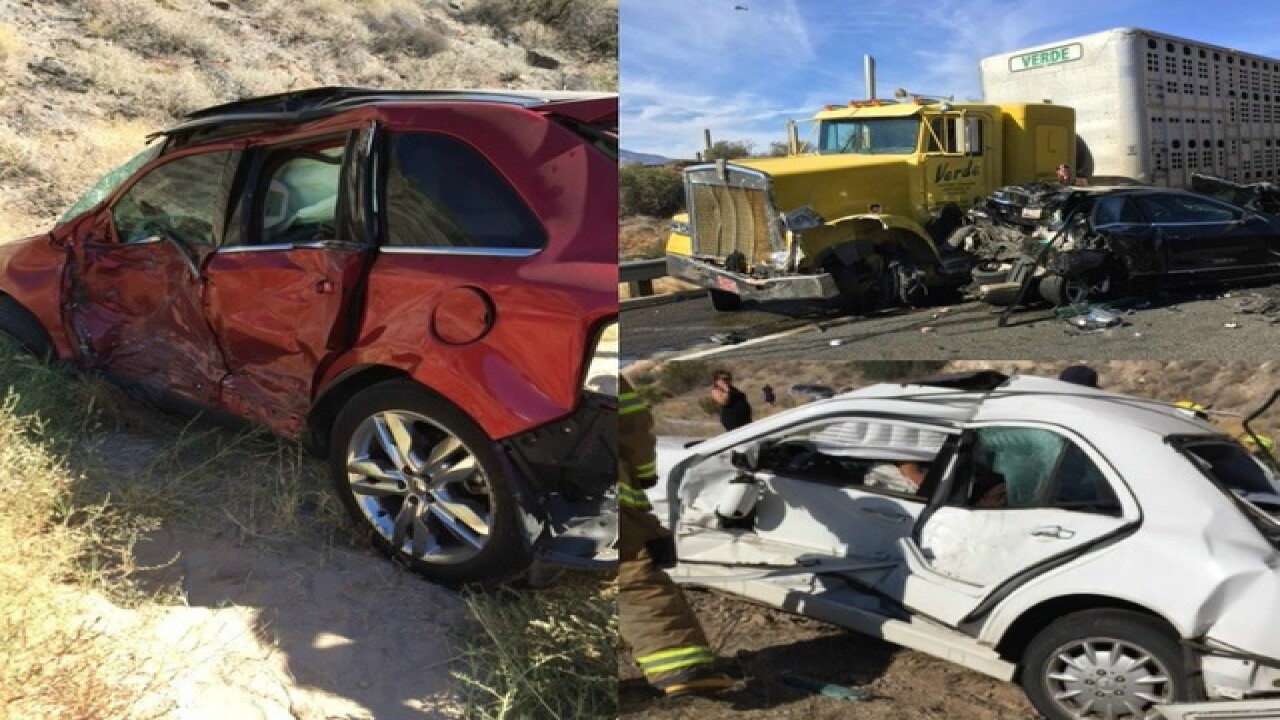 Interstate 17 has reopened after being closed for nearly nine hours on Sunday.

Transportation and public safety officials closed the highway after a major pileup north of Black Canyon City. The crash was one of two serious incidents on the highway between Sunset Point and the Valley. Earlier in the day, a deadly motorcycle crash  briefly closed the I-17 in New River.

The Arizona Department of Public Safety said the Black Canyon City crash happened in the area of milepost 246 around 1:22 p.m.

According to troopers, ADOT crews were in the area taking down signs warning about an earlier crash farther south on the I-17, so drivers began slowing down for crews.

Troopers said the crash started when a commercial cattle hauler was unable to stop and crashed into dozens of cars.

For an unknown reason, the semi driver did not stop in time, and crashed into the cars.
The company that owns the semi is Verde Livestock Transportation, from Camp Verde. The company has no major safety violations. However, one of the company's two drivers was cited for speeding and failure to keep up to date on the driver log book in 2015.
“We don’t know if he lost his brakes but a big rig was going way, way too fast, and he hit the first car over there," said Kathy Murray, who witnessed the crash.

The trailer rear-ended or side-swiped 24 passenger vehicles, according to DPS spokesman Raul Garcia.

Some drivers tried to make the best of the unexpected delays.
“We played some games on the iPad, we had some snacks, we set up camp in our chairs," said Amanda Bryand, a stranded driver.
One couple was on their way to the Cardinals game when the crash happened.
“If we miss the game, we miss it, as long as everybody is OK," said Chris Healy, a stranded driver.

However, authorities said a total of 17 people were hurt, including four who had to be flown from the scene by helicopter with moderate to serious injuries.

Officials closed the interstate at Sunset Point and were turning drivers around.

I-17 SB is CLOSED at Sunset Point. Traffic is being turned around there. There are very long delays on I-17. Please use an alternate route.

Officials said the truck was hauling 80 calves, which were unhurt in the crash. The interstate was expected to reopen around 9 p.m. at the earliest, according to DPS.

Investigators are working to determine why and how the truck failed to slow or stop, causing the crash.

Even with the roads reopening just before 10 p.m., officials said it would take some time for the traffic backup to clear.