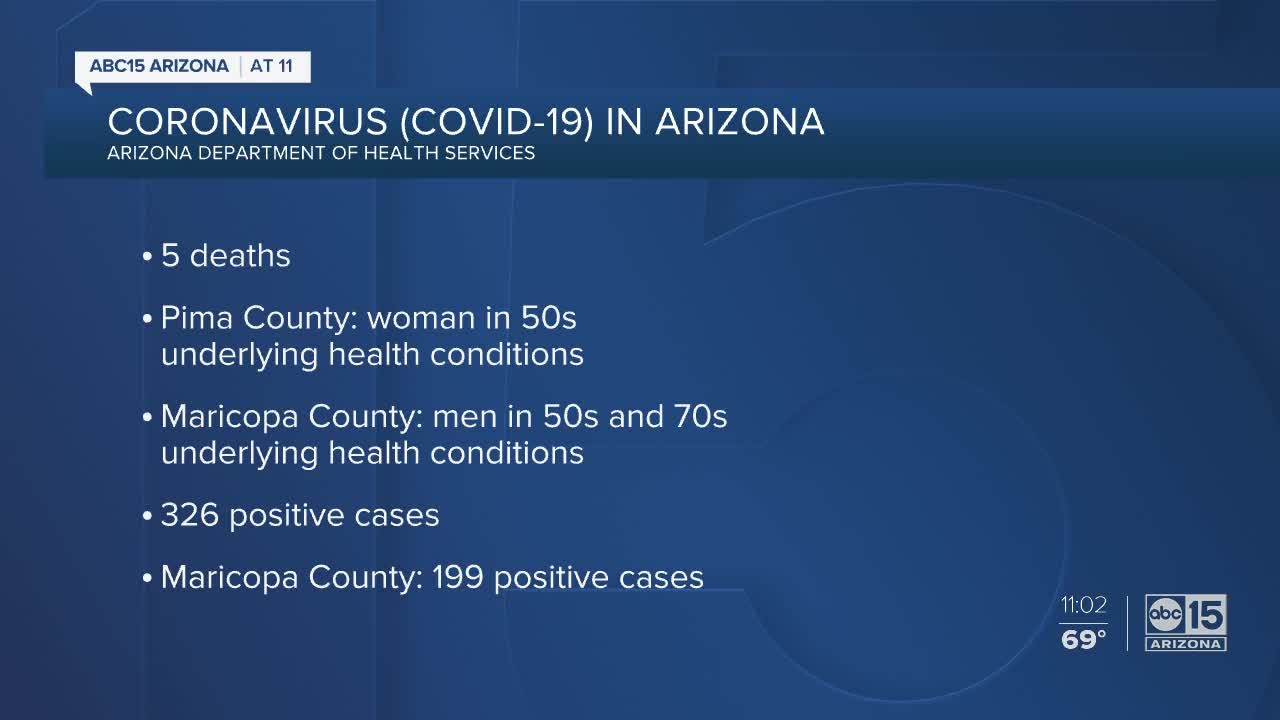 Five people have died in Arizona.

PHOENIX — Coconino County has confirmed its first coronavirus-related death, marking the sixth in our state as of Tuesday evening.

The Arizona Department of Health Services earlier on Tuesday had announced that statewide we had so far seen five deaths.

Coconino County health officials said the deadly case in their county was not part of the five reported by ADHS and will be added to Wednesday’s count.

Of the six deaths, two were reported in Maricopa County, one in Pinal County, and one in Coconino County. The remaining two deadly cases were announced Tuesday by ADHS, but the agency did not specify the counties in which the deaths were reported, nor if the victims had underlying health conditions.

The Maricopa County patients, announced Friday and Sunday, were the first COVID-19 related deaths in Arizona. Both victims were men, one in his 50s and another in his 70s, and both had underlying health conditions.

On Monday evening, Pima County reported the county’s first death involving a woman in her 50s who also had underlying health conditions.

GET LIVE UPDATES ON CORONAVIRUS IN ARIZONA HERE.