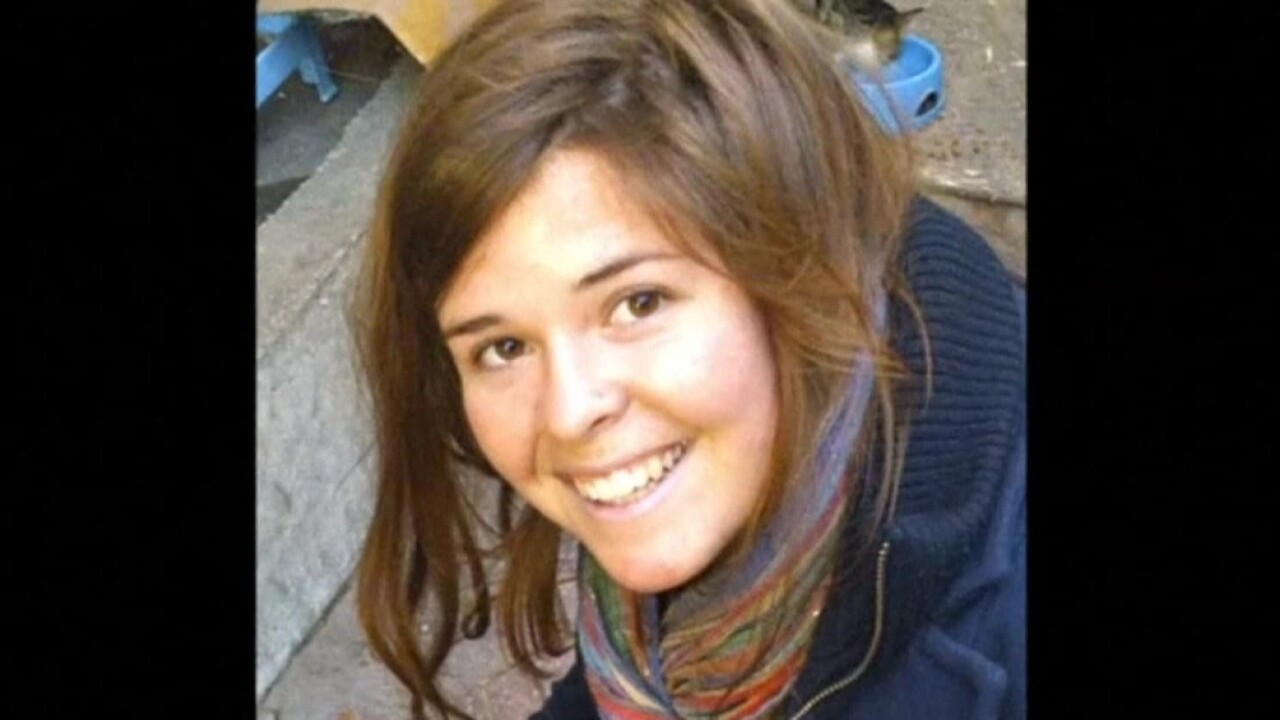 PHOENIX — Governor Doug Ducey is scheduled to unveil a painting honoring humanitarian and Prescott-native Kayla Mueller, who was killed by terrorist group ISIS in 2015.

Ducey will join U.S. National Security Adviser Amb. Robert O'Brien and Kayla's parents, Marsha and Carl Mueller, on Thursday at the Goldwater Air National Guard Base in Phoenix for an unveiling ceremony.

On Wednesday, U.S. authorities announced two ISIS members arrived in the U.S. to face a judge in Alexandria, Virginia in connection to the deaths of four Americans, including Kayla Mueller.

Following the unveiling of the painting, it will be transferred to the Arizona State Capitol, where it will hang on display for the public to view.