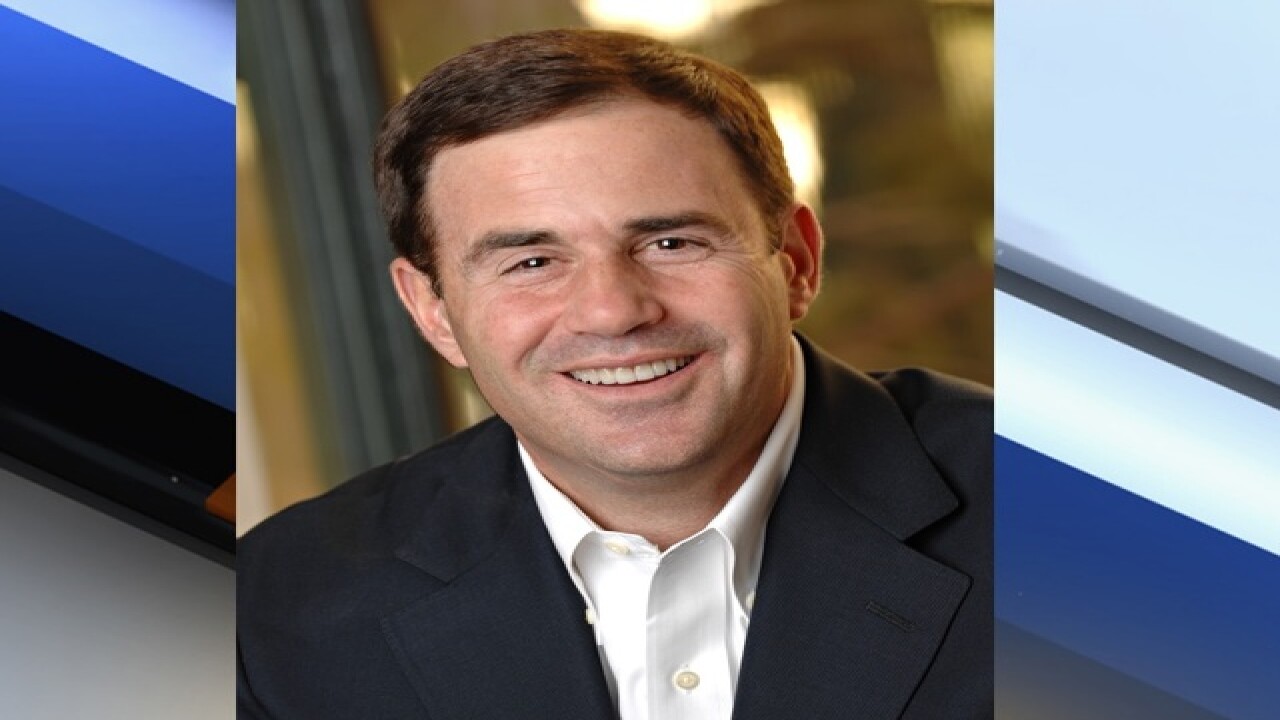 Did you stand in line to vote yesterday? If you did, you probably were not very happy.

Ducey released a statement early Wednesday praising the high voter turnout, but called the hours-long wait-times "unacceptable" and demanded changes take place so it does not happen again.
Scroll down to read his full statement.

Stanton took issue with the limited number of polling locations around the Valley, specifically in areas with a higher minority populations.

"This is unacceptable anywhere in the United States, and I am angry that County elections officials allowed it to happen in my city," said Stanton.

“Because of the unacceptably disparate distributions of polling locations, I respectfully request the U.S. Department of Justice investigate what took place in Maricopa County to ensure all voters are treated equally under the law.” Click here to read his full letter.

Several voters stood in line for hours during Tuesday's presidential preference election, some waiting over 5 1/2 hours to cast their ballots, long after the polls closed (if you were in line before 7 p.m., you would still be able to vote) and long after the winners were projected.

Maricopa County Recorder Helen Purcell told the Maricopa County Board of Supervisors during a meeting Wednesday morning that she "takes full responsibility for what happened" during the elections.

“Voting is one of our most important rights and responsibilities, and yesterday, a record number of Arizonans turned out to cast their choice for president. I’m glad to see so many Arizonans step up to make their voice heard for the candidate of their choice. However, it’s unacceptable that many of them had to battle incredibly long lines. Our election officials must evaluate what went wrong and how they make sure it doesn’t happen again.

"One way we can fix things is to simplify them. That means allowing independents to vote in presidential primaries, just as they vote in all other Arizona primaries. A big part of yesterday's problem was registered voters showing up, and being told they couldn’t vote. That's just wrong. If people want to take the time to vote they should be able to, and their vote should be counted."

What happened at polls yesterday was unacceptable. Read my full statement #AZVOTES pic.twitter.com/UqcRMCaQ70

"If we are asking for people to participate in elections, they should be well planned. The long lines and unacceptable wait times indicate to me that elections officials were not prepared. Ultimately, that is Maricopa County Recorder Helen Purcell’s responsibility. She failed to meet that obligation, and so she should resign immediately."

"What occurred yesterday in the Arizona presidential preference election was another black eye on the state of politics in Arizona. The exclusion of Arizona's 1.2 million independent voters is a systemic form of voter suppression and undemocratic in the extreme.  We note Governor Ducey's remarks calling for an opening of the presidential primaries to independents, however, it appears to be politically convenient that he waited until after the election.
For months, thousands of independent voters - led by Independent Voters for Arizona - have been pressuring party leaders and elected officials to open the presidential primaries.  Over 30,800 Arizona independents signed protest letters to the chairs of the Democratic and Republican parties asking them to open their primaries to independents which were delivered to them on February 22nd. They refused to do so.  This voter suppression was ignored by the Governor and the party chairs until it contributed to a crisis at the polls yesterday.  Independents want more than after-the-fact symbolic support, Governor Ducey.  We want a system that is fair and inclusive of all."
We will continue to fight on behalf of independents to open up the primary process.  No Arizonan should have to join a party in order to have the right to vote and no taxpayer should have to fund an election that they are not allowed to vote in.
REP. ANTHONY KERN, DISTRICT 20
"I am appalled at the length and duration of time that people had to wait in line to fulfill their civic duty to vote yesterday. Open and fair elections are one of the primary aspects of a free society, and to have that right take longer than four hours for some people is unacceptable. As a result of the wait times, some voters were forced to leave the polls and miss out on their opportunity to vote due to a lack of parking, wait time, and unviability of polling locations."
Kern continued, "Every vote counts.  Each vote matters.  The fact that some of the citizens of this great State were unable to vote due to the poor planning and unfortunate situation that transpired yesterday can never happen again."
WHY WERE THE LINES SO LONG?

Election officials said on Tuesday that several things contributed to the election issues:

Because there are competitive races on both Republican and Democratic sides of the presidential race, turnout was much higher than normal. Between 60 and 65 percent of eligible voters were expected to vote on Tuesday.

Voter confusion also played a factor. Voters who did not pre-register with a party affiliation by the February deadline were not eligible to participate; however, many non-affiliated voters insisted on filing provisional ballots which take longer to process at the polling places.

The Maricopa County Recorder’s Office says the decrease in polling places had to do with the number of early voters and the number of registered Independent voters.

There are only 1.25 million eligible voters for Tuesday’s election and 890,000 early ballots were sent out, leaving about 300,000 voters who would need to show up to polling places.

"It's almost like they want to disenfranchise us; I don't think it's right," Scott Richardson said. "I'm going to vote against her when she runs again. Helen Purcell shouldn't be elected again."

ABC15 asked Purcell, after the criticism she's received, if she'd do it the same way next time.