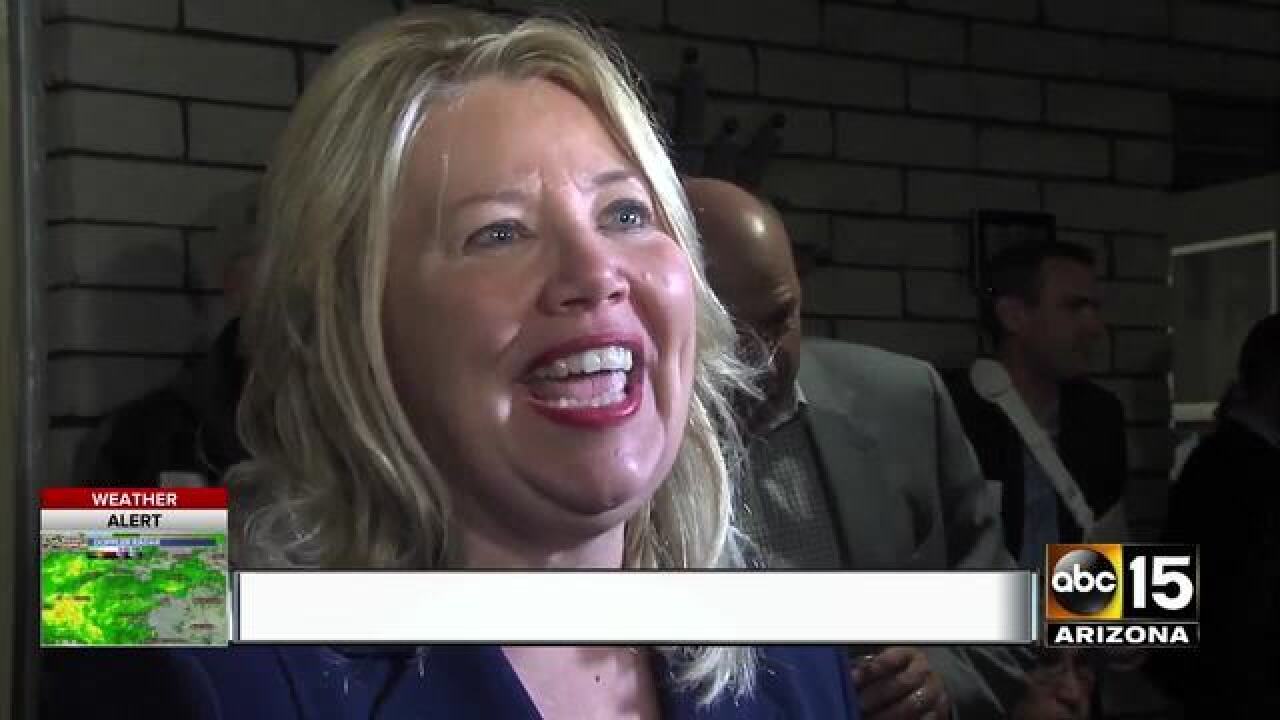 The complaint against former state Sen. Debbie Lesko was filed with the Federal Election Commission on Thursday by the Campaign Legal Center, a Washington-D.C.-based group that supports strong enforcement of the finance laws.

It alleges that her transfer of $50,000 from her state campaign to an independent group that spent nearly all the cash backing her Congressional run was illegal.

"Congressional candidates cannot use state campaign funds to support their federal candidacy, and Lesko's scheme is a form of political money laundering that the FEC must address," said a statement from the group's federal and FEC reform director, Brendan Fischer. "Lesko's willingness to engage in such a blatantly illegal scheme might suggest that the perceived costs of a future FEC fine don't outweigh the benefits of funding a supporting super PAC, but that is all the more reason for the FEC to take these violations seriously."

Republican candidate Phil Lovas filed a similar FEC complaint against Lesko last week. He was one of 12 candidates bested by Lesko on Tuesday.

Lesko said earlier this week that the transfer didn't violate the law.

"All I can say is we did everything legally,' she said. "I have one of the best if not the best election lawyer firms on my campaign team. And I'm very thankful the voters didn't fall for the last-minute false allegations against me.

Lovas also filed a complaint with state election officials, but it was dismissed by Election Director Eric Spencer.

Lesko easily won Tuesday's GOP primary and now moves on to the April 24 general election where she's strongly favored in the Republican stronghold 8th Congressional District. She would replace Franks, who resigned in December while facing sexual harassment allegations.

The FEC could seek fines against Lesko if it finds the transfer violates federal law. Agency spokesman Christian Hilland said federal law prohibits it from releasing information on investigations until the case is resolved. There is no timeline for action.

Lesko's transfer of $50,000 to a super-PAC founded in January by a longtime Arizona Republican operative was disclosed in an amended FEC filing early last week.

The independent expenditure committee, Conservative Leadership for Arizona, was created Jan. 10 and received the cash from Lesko the following week. It spent nearly all of the money on polling, campaign signs and mailers, according to the FEC filing. Tim Sifert, a former state Republican Party staffer, would not discuss details of the committee other than to say it complied with all FEC rules and regulations.

The complaint from the Campaign Legal Center contends that because the group was solely funded by Lesko, she essentially controlled it and was barred from sending it more than $5,000.

Barrett Marson, a Lesko spokesman, on Friday said the complaint is without merit and called the Campaign Legal Center "a dark-money group that routinely harasses Republicans."