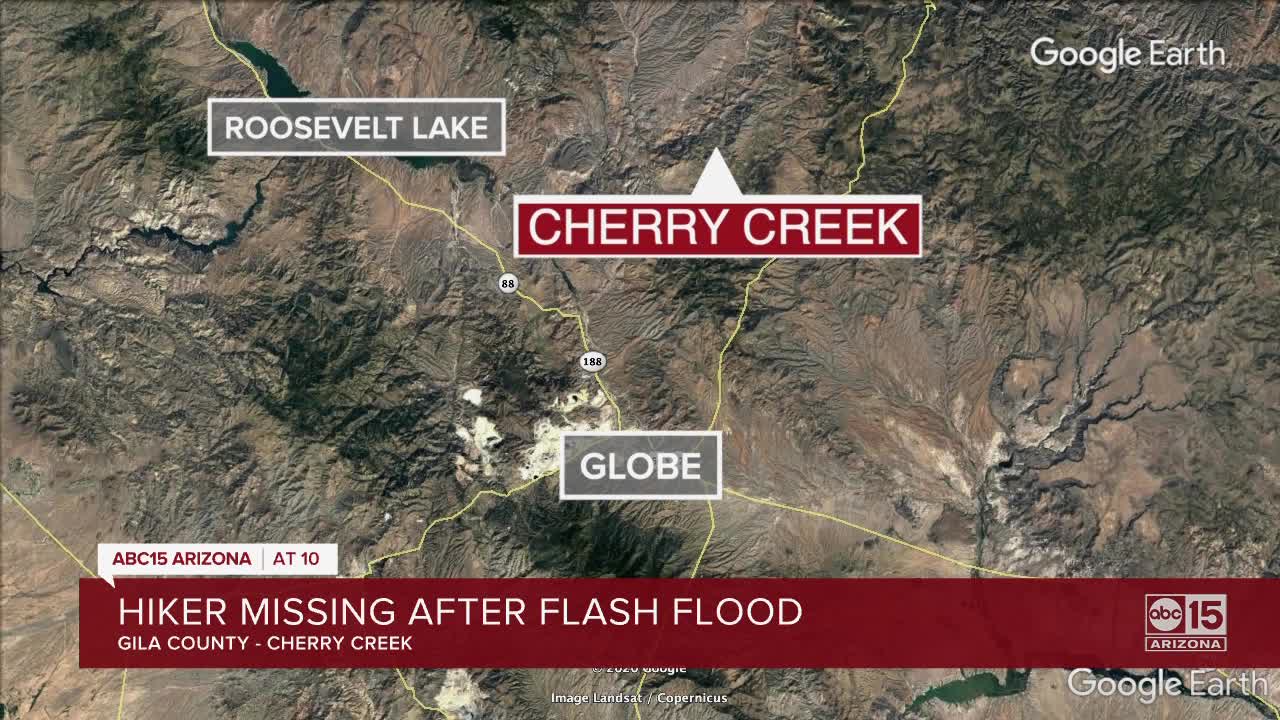 The Gila County Sheriff's Office is searching for a man who went missing northeast of Roosevelt Lake during Saturday night's storms. Authorities say two people were canyoneering - an extreme form of hiking - when the area was hit by flash flooding.

GCSO says one person was able to hike out and get help, but the other person was swept away by flood waters.

Deputies attempted to perform a search and rescue operation, but were unable to do so due to the rushing water. The Arizona Department of Public Safety Ranger helicopter was called, but unable to fly due to weather.

GCSO deputies as well as Tonto Rim Search and Rescue Swift Water Team and the Arizona Department of Public Safety Ranger Helicopter returned to the area early Sunday morning to continue their search.

As of Sunday night, the missing man has not been located.

For anyone wanting to help with the search, the Gila County Sheriff's office asks that you please check in at 9:00 a.m. and check out at 4:30 p.m. in-person at the Incident Command stationed at the Sheriff’s Office Roosevelt Sub Station located at 28449 N. Highway 188, Roosevelt, Arizona. You will need to be prepared with coordinates of your search area, adequate equipment, food and water.

Arizona Gov. Doug Ducey is asking the federal government to provide money to build a bridge over a nearby creek where three children died when a family member tried to drive through surging storm runoff last year.