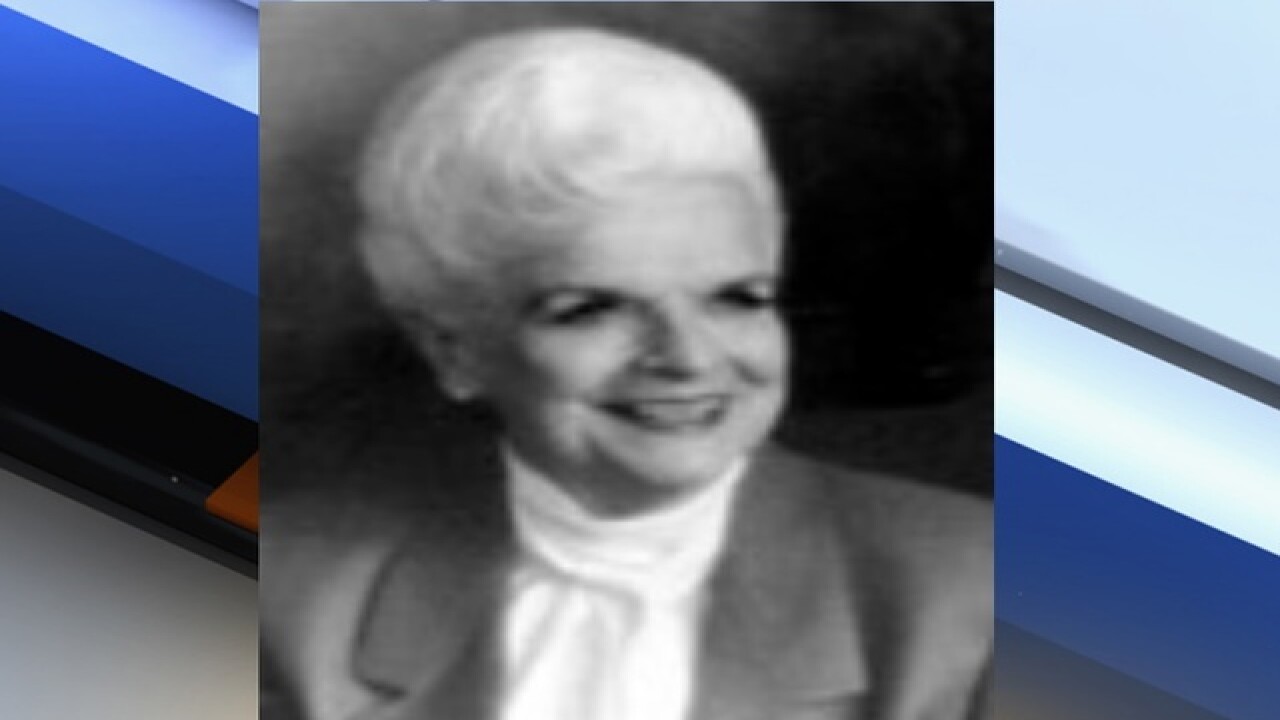 Rose Mofford, Arizona's first female governor and a shepherd for the state during a period of political turbulence, died Thursday, a former spokeswoman said. She was 94.

Mofford was injured in a fall and went to a hospice facility last month where she died, former spokeswoman and longtime friend Athia Hardt said.

A Democrat known for her signature beehive hairdo, Mofford served as governor from 1988 to 1991. She was the elected secretary of state when she took over for Republican Gov. Evan Mecham, who was impeached and removed from office by the GOP-led Legislature. Arizona does not have a lieutenant governor.

Mofford did not run for her own term in 1990. She was succeeded by Republican Fife Symington, who resigned amid a real estate scandal in 1997. His fraud conviction was later overturned.

The Democrat in a traditionally Republican state was revered by members of both parties. Her death prompted an outpouring from Democrats and Republicans alike.

"Rising through the ranks of state government to our state's top office, she shattered a once-thought unbreakable glass ceiling and served as an unparalleled role model to many," said GOP Gov. Doug Ducey, who ordered flags be lowered to half-staff in her honor.

Mofford was the first of four female governors to lead the conservative state over the next two decades, including Republican Jane Hull, Democrat Janet Napolitano and Republican Jan Brewer.

"During challenging times for our state, Governor Mofford was the steady hand that led us through and held us together," Ducey said.

Former Arizona Attorney General Grant Woods, a Republican, said Mofford "stepped up when she needed to step up."

"I don't think she ever really necessarily wanted the spotlight or wanted to certainly be governor, but she believed in public service and she believed strongly in the state, especially the rural areas of the state," Woods said.

He said Mofford had a "very plain-spoken, blunt" style.

Phoenix Mayor Greg Stanton, a Democrat, called her an "Arizona original, a gifted and groundbreaking leader" who provided the state with calming leadership.

Mofford came close to the governor's office once before. She had been appointed secretary of state and was serving in that post when Democratic Gov. Wesley Bolin died in 1977. She was not eligible to succeed him because she had been appointed, so Attorney General Bruce Babbitt became governor.

When Mofford took over for Mecham more than a decade later, Hardt said she served on the transition team.

"There was no staff, so everybody went up as volunteers," Hardt recalled. "We felt like we were liberating the state and doing something that was doing good for the state."

Hardt, a former newspaper reporter and the daughter of a longtime legislator, said Mofford "had this very wonderful image of being a mother -- `Mother Mofford' she'd call herself -- and also being humorous and knowing everyone in the state. She had Rolodexes that were incredible."

Born Rose Perica, Mofford grew up roughly 85 miles east of Phoenix in the town of Globe. She was married to T.R. "Lefty" Mofford, but they divorced in 1967. They had no children.