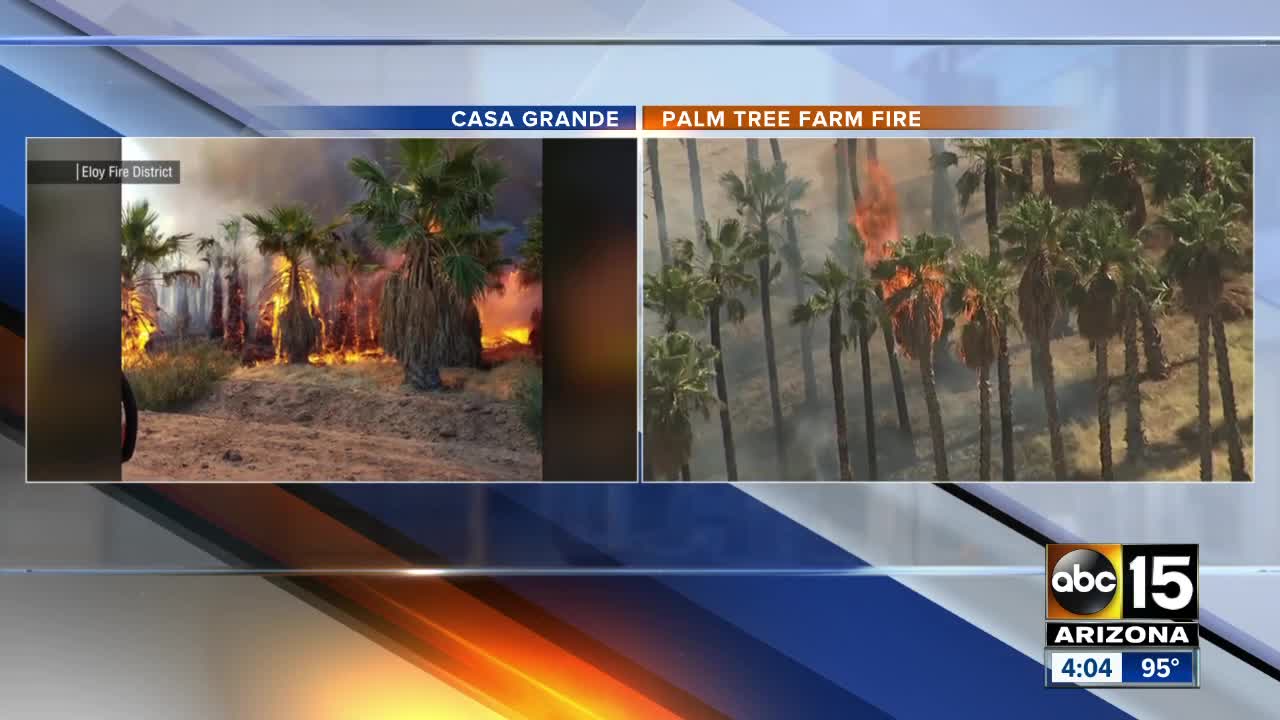 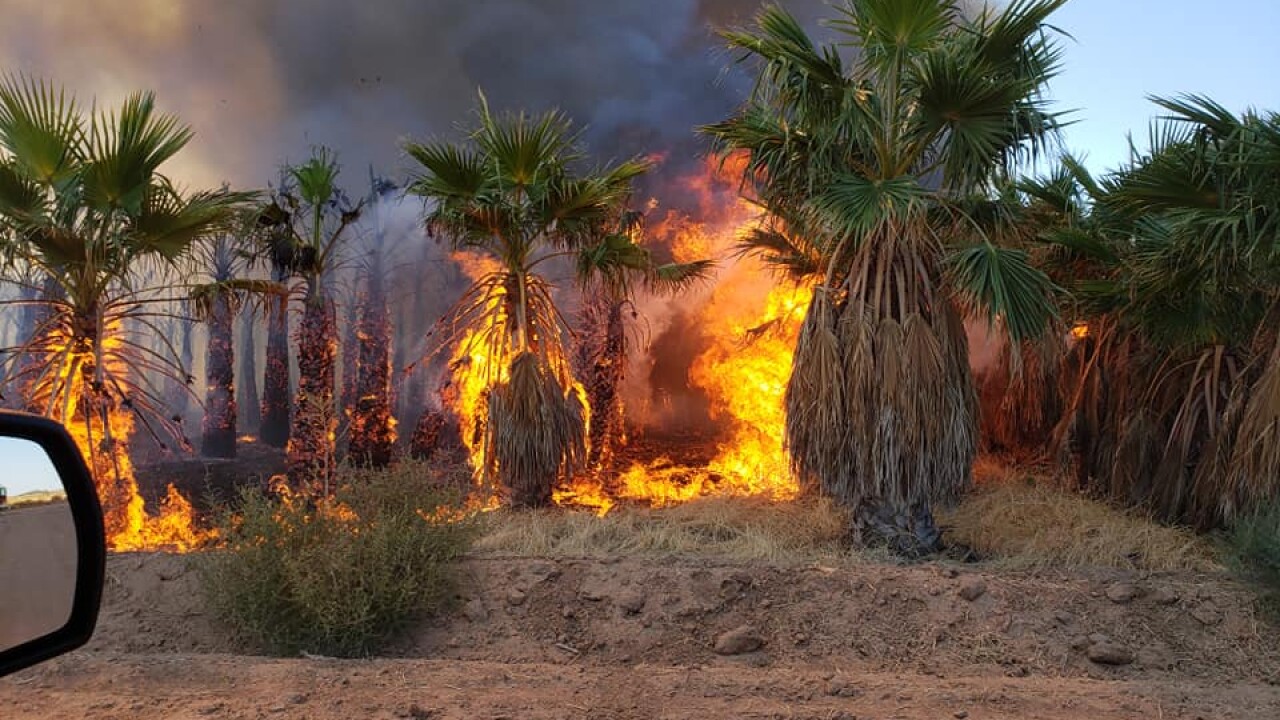 CASA GRANDE — Firefighters from the Eloy Fire District worked to put out a blaze that began at a palm tree farm near Casa Grande Tuesday afternoon, according to a post on the fire district's Facebook page.

According to the Facebook post, the fire was in the area of Signal Butte and Selma Highway.

"The fire is very large, and will affect local traffic through the afternoon," the Facebook post read.

Firefighters are asking travelers to avoid the area if possible.

At this time, it is not clear how the fire began.