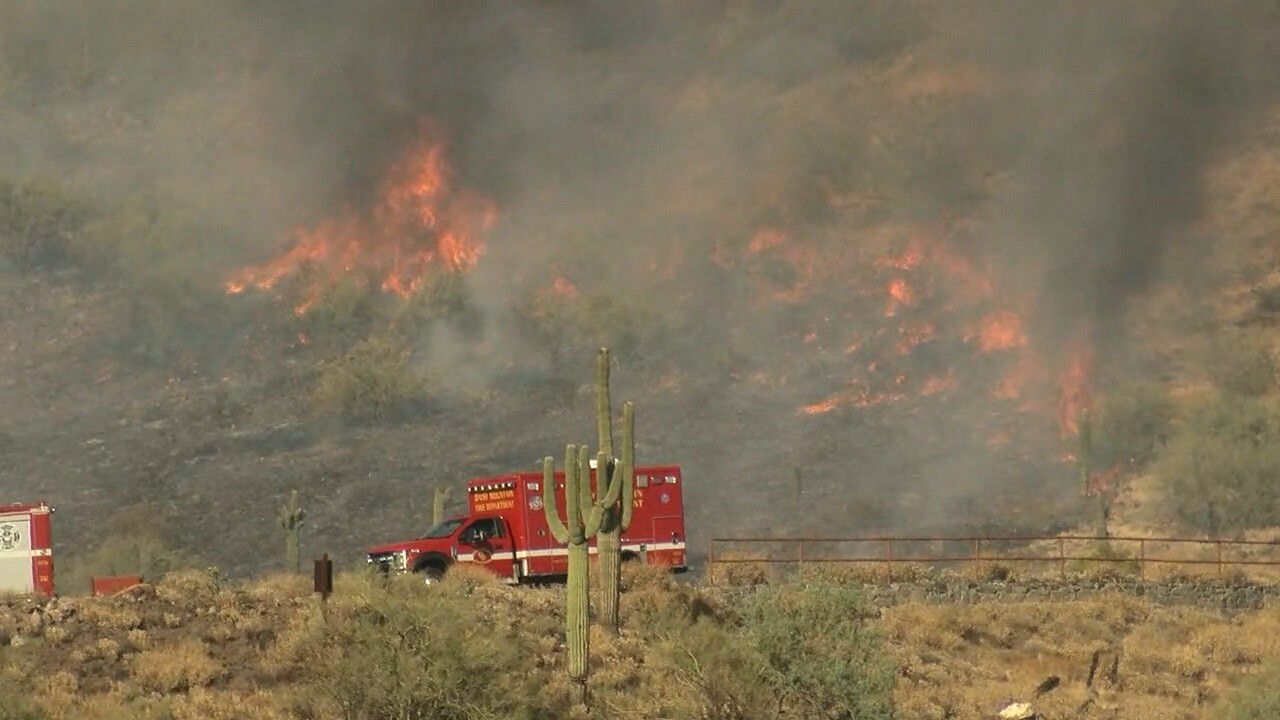 PHOENIX — Fire officials on Wednesday said Desert Hills, the neighborhood that the Aquila Fire burned through on Tuesday, is one of the many high-risk fire areas in Arizona. According to the Arizona Department of Forestry and Fire Management, Desert Hills-Joy Ranch and Sunflower are the top two communities at risk in Maricopa County.

Tiffany Davila is the spokesperson for the department and said they evaluate areas all over the state to determine which are at high-risk for fires. She said there are several factors.

"Vegetation, where it's located, what's the response time for the local fire department, things of that nature," said Davila.

Davila said they pre-position crews and equipment to respond quickly every fire season.

ABC15 reached out to the Phoenix and Scottsdale Fire departments and both said they also have extra equipment at the fire stations near the areas that usually see more fire activity--areas near brush or close to wildland.

"We've had patrols out, we have crews pre-positioning, [...] so that they can provide faster initial attack response and try to eliminate the need for extra ground resources and catch those fires when they're at their smallest," said Davila.

Davila says 95% of fires have been started by people. She said the entire state is under Stage 2 Restrictions.

Restrictions across the state prohibit fireworks, target shooting and welding.

"It's just for another month or two, maybe, at the longest. Please just help us out," said Davila.

You can use the Arizona Wildfire Risk Assessment Portal, or AZ WRAP, to find your property and the surrounding neighborhood to determine the level of risk your area faces. The portal helps the Arizona Department of Forestry and Fire Management provide wildfire risk information.

According to Davila, one of the tools DFFM uses is the Arizona At Risk Communities assessment system. The assessment is a wildfire management-centric process to estimate wildland fire risk for communities, based on the best available data.

This list has the top two communities at risk listed by county.