MCSO: Driver rescued from truck after crashing at Bartlett Lake 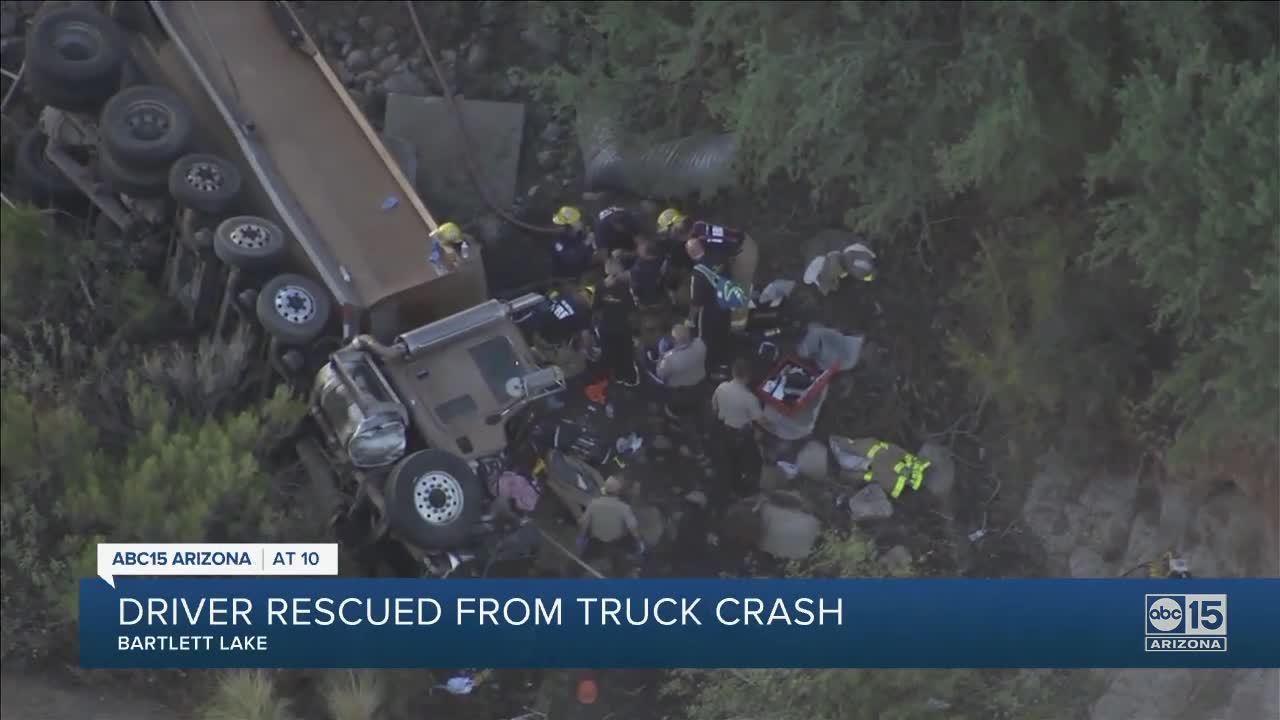 MSCO deputies say a man has serious injuries after crashing a dump truck at Bartlett Lake. 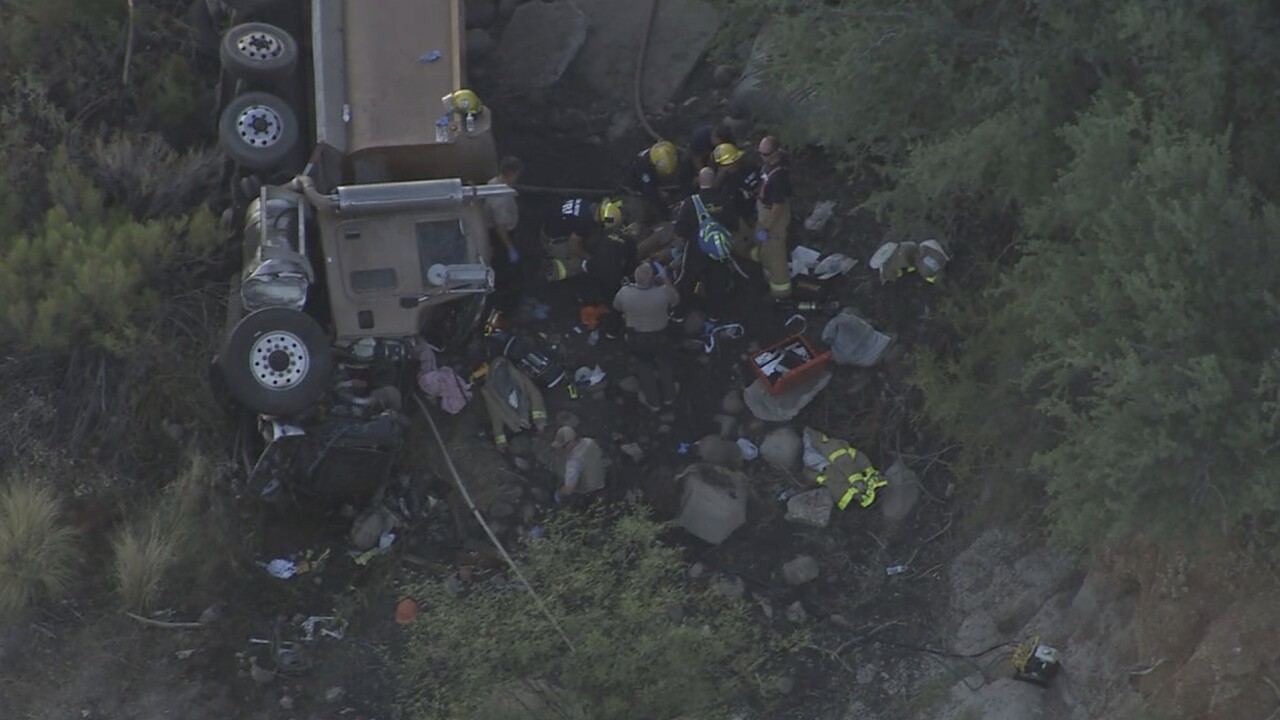 Watch video from the scene below:

Rural Metro firefighters say the driver lost his brakes while heading downhill with a load of asphalt. As the truck traveled through the parking lot, the dump truck hit two pickup trucks and went down a cliff. The truck came to a halt about 30 feet from the water, and the driver was pinned in the truck.

A member of the road crew working in the area extinguished a fire that sparked in the engine and brush during the collision. A marina staff member used a boat-mounted water pump to help extinguish the fire.

Fire personnel rendered first aid after extricating the man from the vehicle; he was then flown to a local trauma center for treatment.

The extent of the injuries are currently unknown but are considered serious.